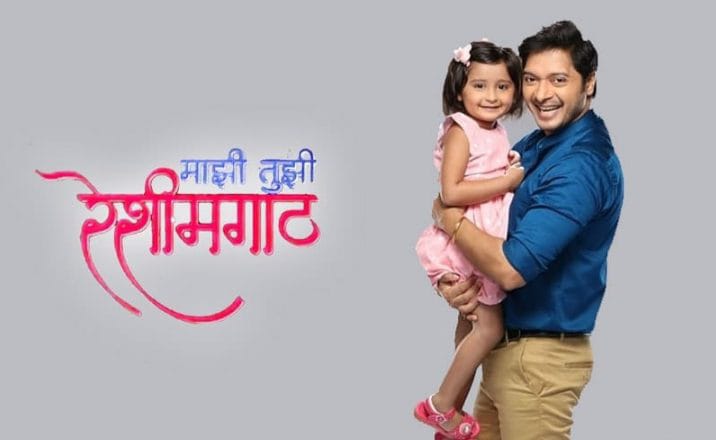 Majhi Tujhi Reshimgath is a new Marathi serial that is being telecasted from 23rd August, Monday to Friday, at 8:30 pm on the Zee Marathi channel.

The makers of the show recently released the promo of the serial in which a cute little girl is interrogating a young boy who wants to marry her mother.

The title song of the serial “Dhara Dhara… Bebhan Vara” has already become popular among the audience. This title song is so melodious that the audience will surely remember it once they hear it.

Famous actor Shreyas Talpade is in the lead role in the serial, who is playing the character of Yashvardhan Chaudhary i.e. Yash. Apart from him, actress Prarthana Bahere is also seen in the lead role of Neha Kamat.

In the Majhi Tujhi Reshimgath Marathi serial, if anyone has caught the attention of the audience, it is a little girl who is seen interrogating Shreyas i.e. Yash in the promo.

The name of this little girl who is interrogating is Myra Vaikul who is playing the character of Pari and she is also Neha’s daughter.

This is the full details on Majhi Tujhi Reshimgath (Zee Marathi) Serial Cast Wiki, Release Date, Cast, Timing, Promo & More. Please share this post with your friends and keep visiting us on celebwale.com for such an entertaining post. If you have any thoughts, experiences, or suggestions regarding this post or our website. you can feel free to share your thought with us.