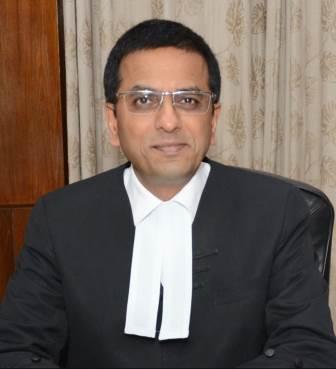 He was the 16th CJI of the country whose tenure was the longest of 7 years. This is the first time in the history of the Indian Judiciary that both father and son have held this post. DY Chandrachud’s full name is Honorable Dr. Justice Dhananjay Yashwant Chandrachud. He was born on 11 November 1959 in Mumbai, Maharashtra. He completed his schooling at St. Columba’s School in Delhi.

After doing B.A. Honors in Economics from St. Stephen’s College, Delhi, one of the most prestigious colleges in the country, he did a Bachelor of Laws (LLB) from Delhi University’s Campus Law Centre and then obtained a Master of Laws (LLM) and a Doctorate in Jurisprudence from Harvard Law School, USA.

He was then appointed as the Chief Justice of the Allahabad High Court from 31 October 2013 to 12 May 2016. After that, he was appointed as a judge in the Supreme Court in 2016. During his tenure, Justice Chandrachud has been a part of several Constitution Benches and Supreme Court Benches that have delivered landmark judgments.

Justice Chandrachud did not hesitate to overrule his father YV Chandrachud’s judgment on important issues like adultery and the right to privacy.

Justice DY Chandrachud’s age in 2023 is 63 years and his height is 5 feet 8 inches, which is equal to 173 centimeters. His body weight is about 65 kg, he takes a proper diet to keep his body fit. His eye color is Black, and his hair color is also Grey.

Justice Chandrachud’s second wife’s name is Kalpana Das. She is also a lawyer by profession. She has worked with the British Council. The husband and wife have adopted two girls. Both are special children. One’s name is Mahi and the other’s name is Priyanka.

Justice DY Chandrachud has never declared his total net worth publicly. He is the 50th Chief Justice of India. After occupying the top post of the Indian Court, he gets a salary of ₹2,80,000, and also he gets ₹16,80,000 as DA per year. The Chief Justice of India also receives a gratuity award of ₹20,000,000.

This is the full details on Justice DY Chandrachud (50th CJI) Biography, Age, Height, Father, Wife, Son, Net Worth & More. Please share this post with your friends and keep visiting us on celebwale.com for famous personalities and trending people’s biography with updated details. If you have any thoughts, experiences, or suggestions regarding this post or our website. you can feel free to share your thought with us.