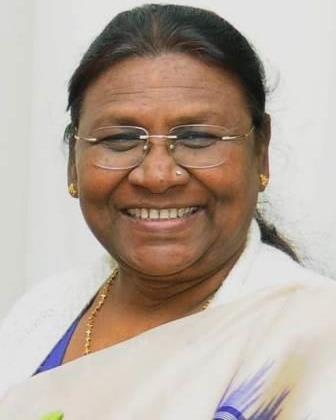 Droupadi Murmu is the former governor of Jharkhand who is in discussions for being the BJP candidate in the presidential election of 2022. There are speculations that she may be the next President of India. Mrs. Murmu was born on 20 June 1958 in the Mayurbhanj district of Odisha. She graduated from Rama Devi Women’s College after receiving her early studies in Mayurbhanj. After graduation, she started her career as a Junior Assistant in the State Secretariat of Odisha.

In 1997, she started her political career as a councilor by winning the Nagar Panchayat elections. Three years later, she was elected to the state assembly for the first time from the Rairangpur constituency. She became an MLA for the first time in 2000 and then was a minister in the BJP-BJD government for two terms. She served as the Minister of Commerce and Transport from 6 March 2000 to 6 August 2002 in the coalition government of BJP and Biju Janata Dal.

Then from 6 August 2002 to 16 May 2004, she was made Minister of State for Fisheries and Animal Resource Development. In 2007 she was awarded the Neelkanth Award for Best MLA by the Odisha Legislative Assembly. Then in 2013, she was also nominated as a member of the BJP National Executive (ST Morcha). In 2015, she was appointed as the Governor of Jharkhand by the Central Government of Narendra Modi.

Her term ended in 2021. If Murmu wins the presidential election in 2022, she will be the youngest President of the country. Neelam Sanjiva Reddy holds the record for becoming the youngest President before him. Reddy was 64 years 2 months 6 days old when she took over as the President, while Murmu will take oath on July 25, 2022, if she wins the presidential election. On that day her age will be 64 years and 35 days.

Mrs. Murmu was born in a tribal family in the Mayurbhanj district. His family belongs to the Santhali tribal community. Mrs. Draupadi Murmu’s father’s name was Biranchi Narayan Tudu. There is no information about her mother. There is also no information available about her siblings. Her marital status is married. Mrs. Murmu’s husband’s name was Shyam Charan Murmu who passed away due to cardiac arrest.

She has 2 sons and 1 daughter. Mrs. Murmu’s first son died under mysterious circumstances in the year 2009. After the death of his son, a mountain of sorrow fell upon Mrs. Murmu. She had not yet emerged properly from his son’s sorrow that in 2012, her second son also died in a road accident.

After that, she came in shock but she managed herself somehow and stood firm even in such odd circumstances. Draupadi Murmu is the only daughter in her family whose name is Itishree Murmu. Her daughter Itishree is married and lives in Bhubaneswar with her husband Ganesh Hembram.

Droupadi Murmu’s total net worth is around ₹9.5 lakh, which she had informed in the affidavit given to the Election Commission during the 2009 Lok Sabha elections. They do not own any land or property, nor do they have any movable and immovable property.

She had informed in her affidavit that she owns a Bajaj Chetak scooter and a Scorpio car. She has been the governor of Jharkhand state from 2015 to 2021, where she used to get a salary of about ₹ 3.50 lakh every month from the government.

Some Interesting Facts About Droupadi Murmu:

This is the full details on Droupadi Murmu (Politician) Biography, Age, Height, Family, Husband, Net Worth & More. Share this post with your friends and keep visiting us on celebwale.com for famous personalities and trending people’s biography with updated details. If you have any thoughts, experiences, or suggestions regarding this post or our website. you can feel free to share your thought with us.