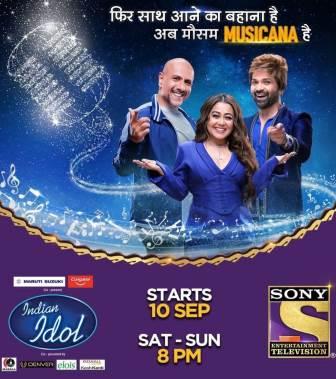 The Singing reality shows Indian Idol Season 13 elimination round has started on Sony TV. So far, Indian Idol season 13 to 5 contestants have been eliminated till now. But now it remains to be seen interesting who will be the contestant who will have to leave the show this week.

Shagun Pathak has been eliminated from the show in the Indian Idol Special Episode held on October 16. He left the show due to the lowest votes of the judges and the public this week, and now he will not be seen performing further in the show.

On Sunday, 30 October 2022, in Indian Idol season 13, another contestant named Pritam Roy was eliminated. He was a brilliant singer in the show who has entertained people many times with his singing but now he will not be a part of the show after 30th October.

On 13th and 27th November in Indian Idol season 13 contestant named Sanchari Sengupta and Rupam Bharnarhia respectively are eliminated from the show due to lowest public vote and lowest point was given by the judges.

On 11th December 2022, the bottom 3 singers were Rishi, Anushka and Kavya. From them, Anushka got eliminated from Indian Idol 2022 and we got Top 10 contestants.

On 18th December 2022, there was no elimination this weekend.

This is the full details on Indian Idol Season 13 Elimination List 2023, Elimination Round This Week, Eliminated Contestant. Please share this post with your friends and keep visiting us on celebwale.com for famous personalities and trending people’s biography with updated details. If you have any thoughts, experiences, or suggestions regarding this post or our website. you can feel free to share your opinion with us.