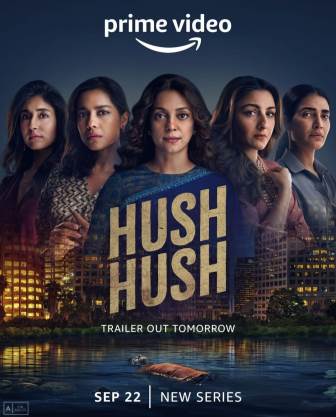 Hush Hush revolves around a group of women whose picture-perfect lives begin to come undone when an unexpected event reveals the secrets of their past. That event threatens everything dear to them. Woven in a web of fighting lies, deceit, and patriarchy, the story explores the storm that rises behind the quiet forefront of the privileged lives of these women.

Actresses like Juhi Chawla, Soha Ali Khan, and Karishma Tanna will be seen in the lead roles in this web series. The series is directed by Tanuja Chandra and produced under the banner of Abundantia Entertainment. The series will be released on 22 September 2022 on Amazon Prime Video with a total of 7 episodes.

This is the latest information on Hush Hush (Prime Video) Star Cast, Release Date, Review, Trailer & More. Share this post with your friends and keep visiting us on celebwale.com for famous personalities and trending people’s biography with updated details. If you have any thoughts, experiences, or suggestions regarding this post or our website. you can feel free to share your thought with us.