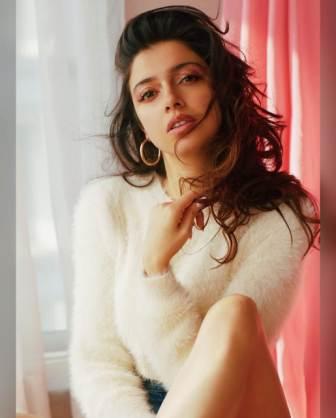 Divya Khosla Kumar is an Indian actress, director, producer, and singer known for her work in the Hindi film industry. Apart from this, she is also the wife of Bhushan Kumar, the owner of the well-known music company T-Series. Divya was born on 20 November 1987 in Delhi, India. After receiving her early education in Delhi, she also completed her graduation from Delhi itself. She did her B.Com degree from Janki Devi Memorial College, Delhi. She dreamed of becoming a successful actress since childhood, she used to do modeling while studying in college.

After completing college, she moved to Mumbai and decided to try her luck in films and started her career in the year 2004 with the Telugu film Love Today. Before debuting in films, Divya also worked in a few music videos including Honey Honey, a video done with Salman Khan. She worked in Falguni Pathak’s music video Aiyyo Rama in 2000, Abhijit Bhattacharya’s video Kabhi Yaadon Mein Aaun and Roop Johri, and Kunal Ganjawala’s video Zid Na Karo Yeh Dil Ka Mamla Hai in 2003.

Seeing her performance in all these videos, she soon got work in films and made her debut in the film industry with the Telugu film Love Today, released in the year 2004. After this, in the same year 2004, she was cast for the Bollywood film Ab Tumhare Hawale Watan Saathiyon, which also included Akshay Kumar, Bobby Deol, and Amitabh Bachchan. She came in contact with Bhushan Kumar for the first time during the shooting of the film and both exchanged their phone numbers.

Their chatting soon turned into love and both of them decided to marry each other. After marriage, Divya, who always had an interest behind the scenes, took a long break from films to learn cinematography and editing. After learning film editing and cinematography, Divya Khosla Kumar directed some music videos of Agam Kumar Nigam, Jermaine Jackson, and Tulsi Kumar which proved to be successful. Directing the music video further enhanced her direction, which inspired Divya to direct the Bollywood film Yaariyan for the first time in the year 2014.

Divya Khosla Kumar also choreographed 5 songs for this film which proved to be more than one hit. She had cinematographed the songs Baarish, “Maa”, “Love Me Thoda Aur”, “Allah Wariya” and “Zor Lagake” from the film. Also, she directed another Bollywood film Sanam Re. She appeared in the song of the film Akkad Bakkad and Humne Pee Rakhi Hai.

Apart from this, Divya Khosla Kumar has also produced films like Roy, Batla House, Marjaavaan, Street Dancer 3D, Ludo, and Indu Ki Jawaani. In the year 2021, she will be seen in John Abraham’s starrer film. She is going to be seen in the lead role in Satyamev Jayate 2. She played the main character of Vidya in this film. The film was earlier released in 2020 but due to Corona, the release date of the film was changed to November 2021.

Divya Khosla Kumar’s age is 34 years old in the year 2021 and she is also the mother of a 9-year-old child. But seeing him, no one can guess her age correctly. She is the first choice of people not only for her beauty but also because of her fitness. Everyone wants to know her secret of glowing skin and fitness. Divya still looks exactly like she used to look before giving birth to her son. She is a fitness freak person who takes full care of her food and drinks to work out to maintain her fitness.

In an interview given to the media, she had said that she does not follow any diet rules but she keeps herself away from eating fried things and fast food. Apart from this, Divya Khosla Kumar likes to eat seasonal fruits, vegetables, and grains. She drinks coconut water and green tea to keep herself hydrated. Talking about her fitness, she works out in her homemade gym which includes cardio and yoga. Apart from this, she also loves to dance.

Talking about Divya Khosla Kumar’s glowing skin, while disclosing her beauty routine, she said that she believes in more and more home remedies and uses household items in her makeup. According to her, she does cleansing at home and uses homemade lip balms, night creams, and eye creams to remove makeup. Divya loves applying raw potatoes for skincare. She further told that she loves applying a face pack made of lentils on her face. If they believe, this face pack shows an effect on their skin very quickly and makes their skin very soft and glowing.

Apart from this, she does not like to go to the parlor at all. She has never bleached her face or made eyebrows. Divya believes that dieting should never be done to get glowing skin because the effect of dieting is easily visible on your skin and the natural glow disappears from your skin. That’s why it is important that you eat properly and eat nutritious food. Apart from this, she advises taking good sleep. They believe that getting enough sleep keeps your skin very calm and clean and dullness ends from your skin.

Talking about her marital status, she is married. Divya Khosla Kumar’s husband’s name is Bhushan Kumar and he is a famous businessman, film producer, and owner of the music company T-Series. Divya and Bhushan met on the sets of the Bollywood movie Ab Tumhare Hawale Watan Saathiyon where Divya was involved as an actress in the film. After this, Bhushan’s eyes fell on Divya and the conversation started between the two.

Later both of them exchanged their phone numbers and gradually their conversation turned into love. But when Divya came to know about Bhushan’s casanova image in the industry, she distanced herself from Bhushan. But Bhushan was serious about his relationship with her so he sent his cousin Ajay Kapoor to Divya’s house in Delhi to talk to her.

After that Bhushan invited Divya and her family to his sister’s wedding after which everything went well between the two. After this, Bhushan Kumar and Divya Khosla got married with the consent of the family in the court of Shri Mata Vaishno Devi in ​​Katra, Jammu. After this, Divya also became the mother of a son, whose name is lovingly named Ruhaan by both of them.

Talking about the total net worth of Divya Khosla Kumar, her net worth is around ₹25 crores. His main source of income is from acting, directing, and producing films. Apart from this, she keeps working on many hit music videos for which she charges up to lakhs of rupees. Divya Khosla Kumar also promotes some brands on her social media, for which she also charges lakhs of rupees. Apart from this, she is also the wife of T-Series owner Bhushan Kumar who is a millionaire.

Divya Khosla Kumar was also awarded the Dadasaheb Phalke Excellence Award for the performance of his role Bulbul in his short film Bulbul, released in 2017. Apart from this, she was awarded the Lion Gold Award in the “Best Performance in a Music Single category” for her performance in the music video Yaad Piya Ki Aane Lagi, released in 2020. In the table below, we have given a list of all her awards and achievements, which you can definitely read once.

Divya Khosla as an actress:

Divya Khosla Kumar made her debut as an actress with the 2004 Telugu film Love Today. After this, she worked in the Bollywood film Ab Tumhare Hawale Watan Saathiyon, Sanam Re, short film Bulbul, and in 2021 Satyamev Jayate 2.

Divya as a Producer:

Divya Khosla Kumar started her career as a producer by producing the 2015 Bollywood film Roy, after which she went on to produce Bollywood films like Batla House, Marjaavaan, Street Dancer 3D, and Ludo.

Divya as a Director:

Divya Khosla Kumar had turned to Mumbai to dream of becoming a successful actress after completing her college studies in Delhi. Firstly, she started her career by performing in a music video Honey Honey with Salman Khan. After this, she appeared in music videos like Aiyyo Rama, Kabhi Yaadon Mein Aaun, Zid Na Karo Ye Dil Ka Mamla Hai, Teri Aankhon Mein, and Besharam Bewafa. Her biggest hit video song was Yaad Piya Ki Aane Lagi, which was sung by the famous singer Neha Kakkar and was released in 2019. In the table below, we have given a list of all their music videos that you must read once.

Divya Khosla Kumar’s account is not available on Twitter and Facebook. Till now, she keeps sharing her latest photos, videos, and fitness-related posts with her followers on Instagram itself. Divya often goes on vacation and keeps sharing great pictures with her family, in which her ravishing style is seen. She is very active on her Instagram account and often keeps posting new pictures for her fans.

She has more than 5 million subscribers on her Instagram account and the number of her posts is also more than 1.5k. Apart from this, Wikipedia has also covered Divya on its page. In the table below, we have shared the links of all her social media profiles with you, by clicking on which you will be able to access her profile page directly.

This is the full details on Divya Khosla Kumar Biography, Wiki, Age, Father, Family, Husband, Son, Net Worth & More. Share this post with your friends and keep visiting us on celebwale.com for famous personalities and trending people’s biography with updated details. If you have any thoughts, experiences, or suggestions regarding this post or our website. you can feel free to share your thought with us.