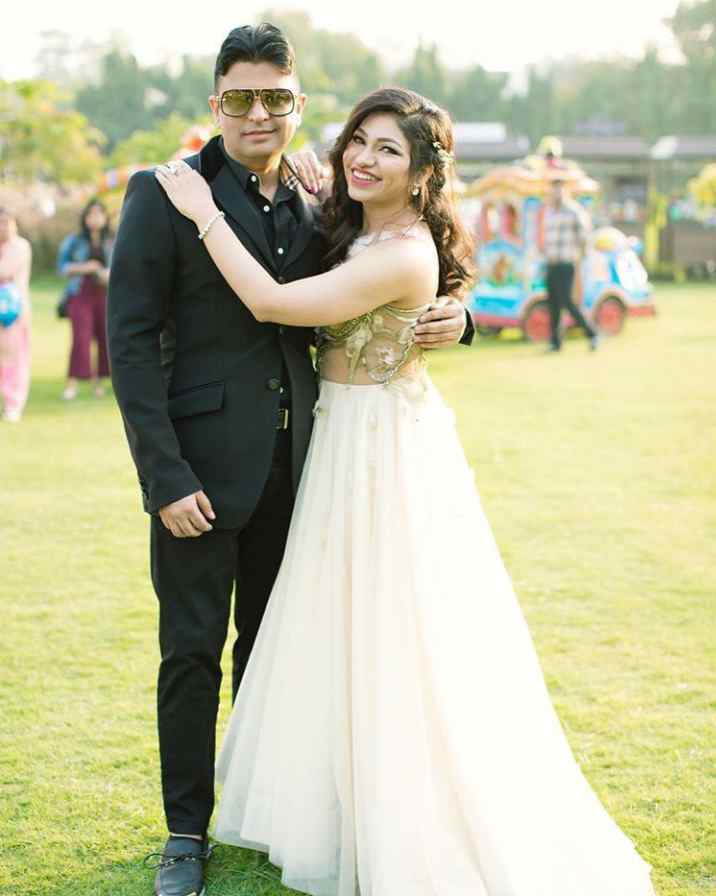 Bhushan Kumar was born in  New Delhi, India on 27 -11-1977. He is a film producer, music producer, and also composer. He is an Indian Producer and owned a T-Series Company.

His Father’s name was Gulshan Kumar who was the founder of T-Series. He has two sisters one is  Khushali Kumari and the other is Tulsi Kumar.

He produced many successful films such as  Tum Bin, Bhool Bhulaiyaa, Patiala House, Ready, and many more. Bhusan is the chairman and managing director of Super Cassettes Industries Limited (T-Series).

Bhushan Kumar is also a noted film producer, music composer, and producer and the son of famous singer Gulshan Kumar. He worked hard day and night to take his father’s company to a new height.

Today, T-Series has the highest number of subscribers in the world on YouTube, has reached 150 million subscribers, and T-Series has become a world-renowned company in the field of music.

Bhushan Kumar has a decent height of 5 feet 9 inches (179 cm) tall. His weight is 71 kilograms (in pounds 155lbs). He likes to wear traditional and genuine clothes. He looks handsome with brown eyes with black hair. There is no tattoo on his body.

Bhushan Kumar belongs to a Hindu family. His entire family believes in Hinduism and also worships Hindu deities. Bhushan Kumar’s father’s name is Late Gulshan Kumar who is a famous singer of Bollywood Industry and also was the owner and founder of famous music company T-Series. Bhushan Kumar’s mother’s name is Sudesh Kumari. Apart from her mother her sisters also live within his house. Bhushan Kumar has 2 sisters named Tulsi Kumar and Khushali Kumar. Her sister Tulsi Kumar is also a famous singer and her younger sister Khushali Kumar is a model and fashion designer.

Talking about his marital status, he is married. Bhushan Kumar’s wife’s name is Divya Khosla Kumar and she is a famous actress, film producer, and director. Bhushan and Divya met on the sets of the Bollywood movie Ab Tumhare Hawale Watan Saathiyon where Divya was involved as an actress in the film. After this, Bhushan’s eyes fell on Divya and the conversation started between the two.

Later both of them exchanged their phone numbers and gradually their conversation turned into love. But when Divya came to know about Bhushan’s casanova image in the industry, she distanced herself from Bhushan. But Bhushan was serious about his relationship with her so he sent his cousin Ajay Kapoor to Divya’s house in Delhi to talk to her.

After that Bhushan invited Divya and her family to his sister’s wedding after which everything went well between the two. After this, Bhushan Kumar and Divya Khosla got married on 13 February 2005 with the consent of the family in the court of Shri Mata Vaishno Devi in ​​Katra, Jammu. After this, Divya also became the mother of a son, whose name is lovingly named Ruhaan by both of them.

No information about Bhushan’s education is available on the public platform yet. As soon as we get about their education update, we will definitely update our website so that update reaches you. That’s why you subscribe to this website and keep visiting daily.

Some famous movie is produced by Bhushan Kumar:

Bhushan Kumar who owns a T series company has produced many films, out of which we are giving you the list of some major films here below.

The total net worth of Bhushan Kumar is about $50 million. He is known to earn money from film production and music production. He has produced many hit films in Bollywood. He is a car lover and has 3 luxury cars including Mercedes S Class, Mercedes Maybach S600, and Ferrari 458.

Bhushan Kumar has been won two awards one is IIFA Award in 2018 for the movie Tumhari Sulu and the other is the Mirchi Music Award in 2019 for the recreation of the song Nit Khair Manga from the movie Raid.

Some Interesting Fact About Bhushan Kumar:

Ans. Yes, he gets married to Divya Khosla Kumar on 13th February 2005.

Que. Who is Bhushan Kumar Wife?

Ans. Divya Khosla Kumar (Actress), Both get married in February 2005.

Que. Is Bhusan Kumar has a baby?

Ans. Yes, They have a son and their name is Ruhaan Kumar.

Que. Who is Bhushan Kumar’s father?

Que. Who is the Owner of T-Series?

Ans. T-Series is owned by Bhushan Kumar but it is founded by his father Gulshan Kumar.

Que. What is the relation between Bhusan Kumar with Tulsi Kumar and Khushali Kumar?

Ans. Gulshan Kumar has three children, Two Daughters, and One son. Tushi Kumar is the younger among all three. And Her sister’s name is Khushali Kumar and they have one brother their name is Bhushan.

Que. Who is Bhusan Kumar’s mother?

Ans.Total Net Worth of $50 million. He is a car lover and has 3 luxury cars including Mercedes S Class, Mercedes Maybach S600, and Ferrari 458.

Ans. NO, he was born into a Sikhism family.

This is the latest information on Bhushan Kumar Biography, Wiki Age, Height, Father, Family, Son, Daughter, Sisters, Wife, Networth & More. Share this post with your friends and keep visiting us on celebwale.com for famous personalities and trending people’s biography with updated details. If you have any thoughts, experiences, or suggestions regarding this post or our website. you can feel free to share your thought with us.