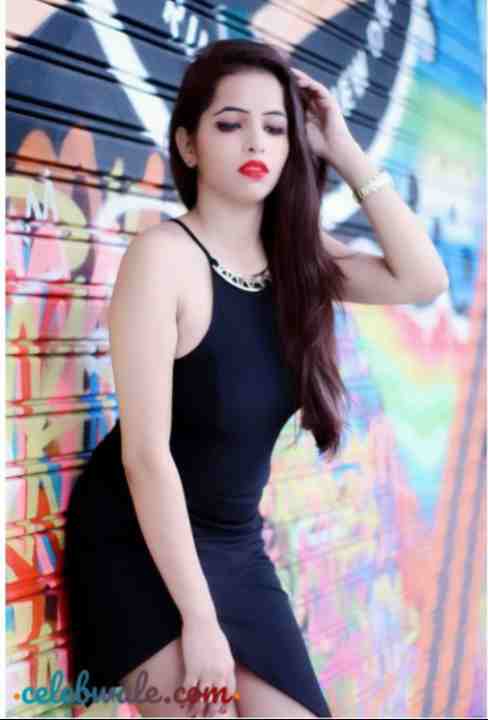 Dhinchak Pooja was born on 28 December 1993 in Uttar Pradesh, she has wanted to become an actress since childhood. Her real name is Pooja Jain, she did her early studies in Rohtak, from where she went to Delhi after completing her intermediate studies, where she completed her graduation.

She wrote and sang her own song to dream of becoming an actress since childhood and launched the song titled swag wali topi on YouTube with her father’s financial support. A few days later the song went viral on YouTube and became a new internet sensation. Dhinchak herself was an actor, singer, and rapper in this song.

This song was so incomparable that people started to enjoy it, there was not a single talent in their singing, nor was there any singer-like voice. Due to the disharmony of the songs, people started giving them abusive words in the YouTube comments section. But after going viral, more than 5 million people saw their songs, which earned Pooja millions from this song.

Dhinchak Pooja was regularly criticized for her lack of singing skills but did not stop writing and performing songs. swag wali topi Her debut song was on YouTube, which got more than 5 million views, then she sang songs like Daru in 2016, Selfie Maine Leli Aaj in 2017, Dilo Ka Shooter, Bapu Dede Thodi Cash, and Afreen Fatima Bewafa Hai gained views in millions and also gained media attention.

Dhinchak Pooja has sung all her songs, drawing inspiration from Michael Jackson, Rihanna, and Jennifer Lopez, and began recording rap-style songs inspired by her own style. The title song of Dhinchak’s Dilo ka shooter got more than 7 million views on YouTube within 1 week, where she was seen riding a red scooter on the streets of Delhi.

The song was shot by Bollywood actor Sonu Sood in his car on the song Dilo ka scooter in the style of Bollywood singer Kumar Sanu. In the year 2018, Dhinchak Pooja composed and sang a song in her voice for the short film Chappan Thappad and the title of MTV Box Cricket League BCL Song.

She has also appeared in TV shows as a guest appearance in television shows like Fun Ki Baat and Entertainment Ki Raat. She also appeared in a BBC radio show Asian Network titled Dhinchak Pooja and Naqsh Aziz. Pooja has also created a store named Dhinchak puja on amazon, where ordinary people can also shop from their store.

Dhinchak Pooja made her channel on YouTube at the end of 2014. Her first song Swag Wali Topi was released in 2015 and after some time this song went viral which made Pooja famous overnight. The song received over 10 million views on YouTube but was removed from its platform YouTube due to a complaint made by another channel.

The reason for the removal of the song was stated by YouTube that it was a violation of his policy. She was seen in this song wearing modern clothes and rapping in a luxury car. Pooja was also wearing a unique cap in the song with AG SWAG written on it, with a group of boys appearing in the song, enjoying their rap.

In the year 2017, she released another song Daru which got more than 10 million views on YouTube. After the release of the song, YouTube users started abusing them in the comment section of the song, so Dhinchak got fed up and had to close his comment section. In the song Daru, Pooja goes to a bar with her friends where she sings her song on DJ and enjoys herself with her friends.

In the same year, she released another song Dilo Ka Shooter which was seen by more than 17 million people. Other songs ahead of him such as Naach Ke Paagal and Hoga Na Corona got millions of views which increased her popularity. Being a YouTube sensation, Pooja got a wild card entry in Salman Khan’s show Bigg Boss season 11 in 2017 where she was eliminated from Bigg Boss show on 05 November 2017.

The show further enhanced her popularity. She keeps endorsing Nostragamous App, Kagay App, and different cosmetic brands through her YouTube channel. The lack of tune and tempo is clearly seen in Pooja’s songs, but she considers herself rich in musical talent and believes that whoever launches the song will be in trend.

She wants to continue her singing talent and achieve fame as a social media star. Recently, In 2021, she releases her new song named Gaadi Meri 2 Seater, which is trending on Youtube at 15th position and got 2 million views in just 2 days. So, Dhinchak Pooja again proves that she was an Internet sensation.

Dhinchak Pooja is just 29 years old in 2023 and she is one of the most beautiful YouTubers who belongs to Delhi. She works hard to keep her body fit and does gym workouts daily. She takes very nappy food which helps in keeping her body fit. Although she sometimes does not follow a strict dietary routine and also enjoys eating junk food such as pizza, and burgers.

Dhinchak Pooja’s height is 5 feet 3 inches, which is 161 cm. Her body weight is 55 kg and Dhinchak’s body measurement is 30-24-32. Her eye color is dark brown and her hair color is also dark brown.

Pooja’s marital status is still unmarried and her husband’s name is unknown. She kept her personal life is totally private and she is not sharing any news about his boyfriend and affair. But she has been shot her singing videos with many groups of boys.

She goes to Delhi where Pooja has completed her graduation in Bachelor of Arts from the college Guru Gobind Singh Indraprastha University (GGSIPU), Delhi, and also completed their Post Graduation degree in English (Hons.) from the same college.

Talking of Dhinchak Pooja’s favorite things, her favorite actress or role model is Bollywood actress Aishwarya Rai Bachchan. She is fond of watching films traveling, Dancing, and Swimming, her favorite film is Jagga Jasoos and her favorite singer is Michael Jackson, Rihanna, and Jennifer Lopez.

Her favorite song is “Ullu Ka Pattha” from the film ‘Jagga Jasoos’ and  “Mere Rashke Qamar” from the film ‘Baadshaho’.  They like to eat fast food like pizza and burgers. Below we have given a list of their favorite things that you must read once.

Dhinchak Pooja’s account is on Facebook and Instagram, and she is popular on Instagram where she shares her latest photos, videos and travel photos, photos of shoots, etc. with her fans. She is beautiful in appearance, her popularity is increasing day by day on social media, she is also present on Twitter where she has 15k followers.

She featured on BBC in an episode whose title was “Dhinchak Pooja and Nakash Aziz”. Dhinchak Pooja was chosen as a participant in Bigg Boss 11, and through a wild card entry she was evicted on 5 November 2017.

Dhinchak Pooja sang many video songs which were released on her Youtube Channel. Here in the given below, we’ll give you all the details of her song.

Some Interesting Facts About Dhinchak Pooja:

Disclaimer: All images are available on the Dhinchak Pooja official Instagram Account. Images can be taken from her official Instagram account for educational purposes. Image Credit goes to the respective owners of the Image Creator. We try to gather accurate data but sometimes there might be some mistakes, Kindly let us know if you find mistakes, and we would correct them. We do not take any Guarantee/Claim That the information we have gathered is 100% correct.

This is the full details on Dhinchak Pooja (YouTuber) Biography, Age, Height, Weight, Singer, New Song, Net Worth & More. Please share this post with your friends and keep visiting us on celebwale.com for famous personalities and trending people’s biography with updated details. If you have any thoughts, experiences, or suggestions regarding this post or our website. you can feel free to share your thought with us.