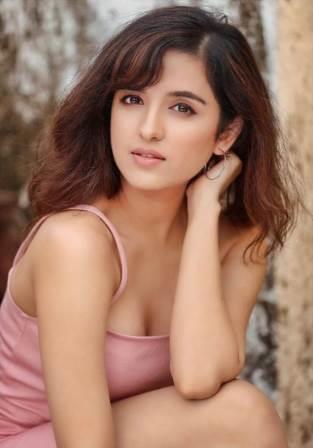 Shirley Setia is an Indian-origin Kiwi (New Zealand) singer and actress who is popular for her YouTube singing videos. She was born on 2 July 1995 in Daman, India. When she was just 7 years old, her family shifted to Auckland, New Zealand. She completed her early education in Auckland itself.

She then earned a bachelor’s degree in Commerce from the University of Auckland. She also completed a course in Marketing and Publicity Intern from Auckland Council. She also worked as a part-time radio jockey during her college days. She was interested in Bollywood songs from the very beginning.

Shirley then participated in a competition organized by T-Series and recorded a video of herself wearing her pajamas at 1 pm from her bedroom. She was the winner of this competition and was given the nickname ‘Pyjama Popstar’ by the New Zealand Herald. She met Bollywood singer Shreya Ghosal during an event in 2012.

Her cover song made him an internet sensation overnight. After that, she became a national crush with her cover songs Bol Do Na Zara and Sanam Re. Each of her cover video songs garnered over 25 million views on YouTube. In 2016, Shirley did her first show in Mumbai and Hyderabad.

Apart from this, she has done stage shows in many more cities like Ahmedabad, Lucknow, Kanpur, Varanasi, Delhi, Bhagalpur, Patna, and many more. Her concert in India was followed by an article by Forbes magazine’s Rob Cain in which he described Shirley as the Bollywood Next Big Singing Sensation.

Apart from singing on YouTube, she started her acting career with the Netflix Hindi movie Maska in 2020. She is going to make her Bollywood debut in 2022 with the film Nikamma. Apart from him, Abhimanyu Dassani and Shilpa Shetty are also in the film. Her upcoming film is Krishna Vrinda Vihari, from which she will make her debut in the Telugu film industry.

Shirley Setia’s age is 27 years old in 2023. She is a natural singer and actress whose cute looks are liked by the audience. She is very beautiful to look at and takes nutritious food to maintain her figure.

Shirley was born in Daman to a prosperous Hindu Khatri family. His entire family believes in Hinduism. Shirley Setia’s father’s name is Raj Setia and he is a businessman. Shirley Setia’s mother’s name is Firoza Setia. Apart from his parents, she has a younger brother Shane Setia in the family. His brother Shane is a cricketer. Shirley’s marital status is currently unmarried. The information about her affair and boyfriend is not available.

The total net worth of Shirley Setia is around $1 million. She mainly earns $ 4.5K per month through YouTube. She has a YouTube channel by her own name on which she uploads singing videos and travel blogs. She started YouTube in 2012, and since then the channel has had a total of 3.8 million subscribers. The total views on his videos are more than 355 million.

Apart from this, she is also busy establishing herself as an actress in films. She has appeared in lead roles in Bollywood movies like Maska (2020), and Nikamma (2022). She is charging around ₹35 lakh per film. Shirley also keeps on doing many concerts in India for which she charges lakhs of rupees. She also owns a Mercedes-Benz E-class car.

Some Interesting Facts About Shirley Setia:

Que. Why is Shirley Setia so famous?

Ans. Shirley Setia is famous for her Bollywood cover songs uploaded on her youtube channel and currently, she is also making her debut in the Bollywood industry with the film Nikamma in 2022.

Que. What is the real name of Shirley Setia?

Ans. Her real name Shirley is the same.

Que. When did Shirley Setia move to New Zealand?

Ans. Shirley moves to New Zealand at the age of 7 with his family.

Que. What is Shirley Setia’s salary?

Ans. She mainly earns $ 4.5K per month through YouTube. Recently, she also makes her debut in the Bollywood industry for which she charges around ₹35 lakh per film.

This is the full details of Shirley Setia Biography, Age, Height, Caste, Parents, Boyfriend, Net Worth & More. Please share this post with your friends and keep visiting us on celebwale.com for famous personalities and trending people’s biography with updated details. If you have any thoughts, experiences, or suggestions regarding this post or our website. you can feel free to share your thought with us.