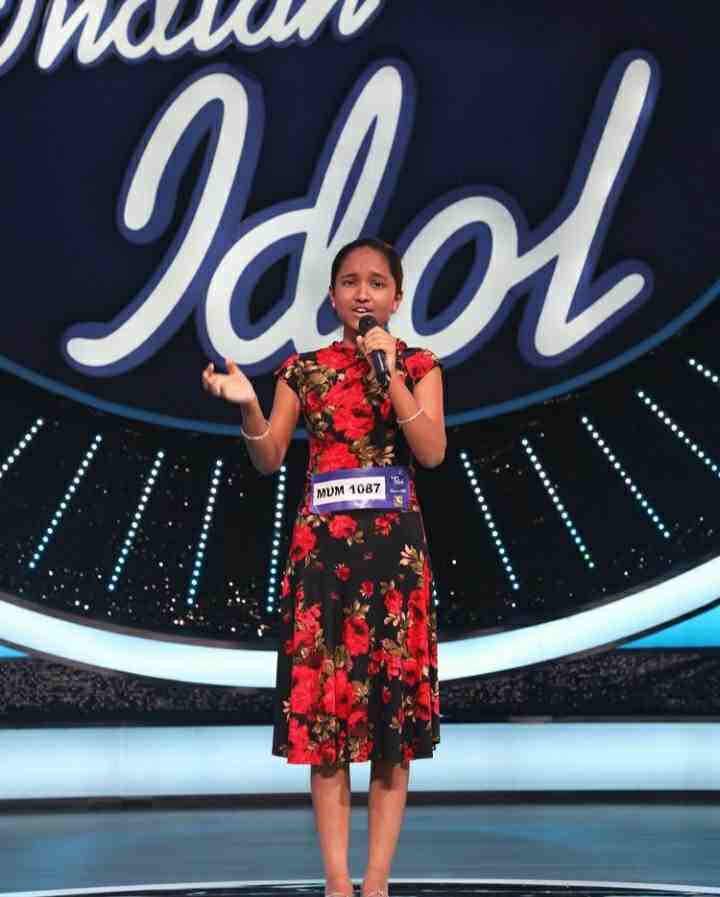 Anjali Gaikwad was born on 28 February in the year 2006 in the Ahmednagar district of Maharashtra state, she is just 14 years old in 2020. At such a young age, she has made millions of people crazy with her sweet voice. She belongs to a Maratha Hindu family and her caste is Kunbi Marathi. She has performed brilliantly in many TV reality shows at the cost of her brilliant voice, she first became famous by participating in Sa Re Ga Ma Pa Little Champ’s in 2017 from her singing.

The judges of this famous singing show were Neha Kakkar, Himesh Reshammiya, and Javed Ali, the show was hosted by Aditya Narayan. Anjali was the joint winner of the show titled Sa Re Ga Ma Pa little champs. She received a lot of praise from this show and had to share the little champs 2017 trophy with another contestant.

The audience had never seen in the history of the show that the winner of the trophy could not be named and the two people were selected for The show’s joint winner. Earlier, Anjali had won the title of Classical Singer of India in the year 2015 on the basis of her voice.

Anjali’s nickname is Pari and she proves that if you have talent, then age is just a number. Anjali Gaikwad of Maharashtra has also recently proved that talent is not a sign of age. Her performance in Indian Idol 2020 mesmerized everyone. This time Indian Idol 2020 is going to change the weather of the entire country because the theme of this season is ‘Phir Badlaga Desh Ka Mausam’.

Anjali has been learning music since childhood. The trend towards music came from his father Angad Gaikwad who has been a teacher, confidant, and supporter. Anjali believes that Indian Idol is the platform that will bring her talent to the maximum audience. She wants to give the money from Indian Idol 2020 to her father as she has been her inspiration for singing.

He faced some financial difficulties during the lockdown, as his father Angad Gaikwad is a music teacher and had no work during that time. During the audition, the three judges were not tired of praising Anjali’s performance.

Her performance was superb. Expressing his happiness, Anjali said, “I got a very encouraging response from the judges. I want my parents to be proud of me and the first step in this direction is Indian Idol.”

Anjali belongs to the state of Maharashtra, and her age in 2022 is just 16 years old. Her height is 132 cm tall, which is 4 feet 4 inches. Anjali is just 16 years and she can do the practice her voice daily to perform better. She is very health-conscious she always takes care of her looks and appearance. She has attractive and beautiful Black hair and Dark  Brown eyes.

Anjali Gaikwad belongs to a Hindu Marathi family. She was born in a middle-class Hindu family. In her family member, she lived with her father named Angad Gaikwad, and her mother’s name is Manisha Angad Gaikwad and also has a sister named Nandini Gaikwad, which is also a singer. She belongs to a family music background and his father is a classical music teacher.

Father Angad Gaikwad trained her both daughters Anjali and Nandini in music since childhood. At the age of 10, she has been lifted the title of Sa Re Ga Ma Little Champs, She is not having an affair with anyone, nor has she had a boyfriend in any previous year. She is still focusing on her singing so that she can achieve a different position in her singing. She has also participated in Sa Re Ga Ma Lil Champs.

Anjali Gaikwad’s account is present on social media sites, but due to the lack of bluetick on her accounts, it is a little difficult to say which account is official. In the table below, we are giving links to their Instagram, Twitter, and Facebook accounts to link, you can click on them and follow them. Anjali also has a channel on YouTube where she keeps uploading videos of her singing with her sister, her channel name on YouTube is Anjali and Nandini Gaikwad official, she has more than 19 thousand subscribers.

Some Interesting Facts About Anjali Gaikwad:

This is the full details on Anjali Gaikwad (Indian Idol) Singer Biography, Age, Height, Father, Family & More. Share this post with your friends and keep visiting us on celebwale.com for famous personalities and trending people’s biography with updated details. If you have any thoughts, experiences, or suggestions regarding this post or our website. you can feel free to share your thought with us.