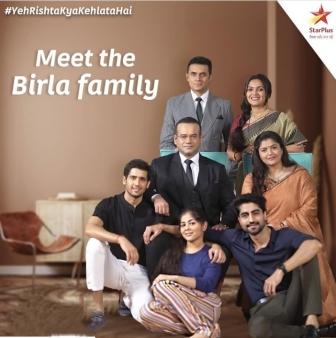 Yeh Rishta Kya Kehlata Hai Season 2 is an Indian drama TV serial that is soon to be aired on the Star Plus channel. The story of this serial is once again coming in front of the audience with a new color. The serial first aired on 12 January 2009 on Star Plus. It was the longest-running serial in the history of Indian TV.

At that time, the serial had Hina Khan, Karan Mehra, Shivangi Joshi, and others in the lead roles. Now this decision has been taken by the makers of this show, it has been decided to make the second season of this show as well.

This serial has taken a big leap of 12 years. Now many new faces have been selected in the show for the lead role. Yeh Rishta Kya Kehlata Hai Season 2 with a new cast will air on Star Plus on 27 October 2021. The show will be aired on Star Plus from Monday to Saturday at 9:30 pm.

This is one of the most favorite serials of Star Plus. Harshad Chopra, Pranali Rathod, Karishma Sawanti, and Mayank Arora will be seen in lead roles in this serial. The repeat telecast of this serial is from Monday to Saturday at 12 noon.

This serial is produced by Rajan Shahi of Director’s Cut Production. Its story is based on the Bengali serial Ichche Nodee aired on Star Jalsha.

This is the full details on Yeh Rishta Kya Kehlata Hai Season 2 Cast, Wiki, Star Cast, Story, Starting Date, Serial 2021 & More. Share this post with your friends and keep visiting us on celebwale.com for famous personalities and trending people’s biography with updated details. If you have any thoughts, experiences, or suggestions regarding this post or our website. you can feel free to share your thought with us.