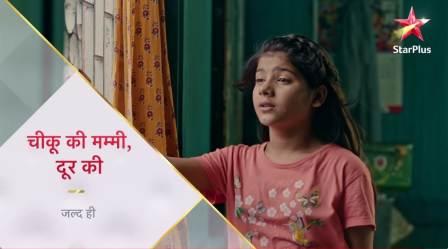 The promo of Star Plus’s upcoming serial ‘Chikoo Ki Mummy Durr Ki’ has now been released on social media. Actress Paridhi Sharma is playing the lead role in this serial. From the promo of the show, it is revealed that ‘Chikoo Ki Mummy Door Ki’ is going to tell the story of a mother and daughter.

It is being said that TV actor Himanshu Malhotra is going to play an important role in this show. Along with the release of this promo, the channel wrote in the caption that ‘Dooriyon se mamta ki dor nahin tootti. Kya yehi atoot dor, ek Maa ko uski beti tak pahuncha paayegi? Watch #ChikooKiMummyDurrKei, a new story on Star Plus and Hotstar.

Seeing the response of the people getting ‘Chikoo Ki Mummy Durr Ki’, it seems that this story will definitely touch the heart of the audience. This will not be the first time that actress Paridhi Sharma is going to play the role of a mother on-screen.

Even before this, in the serial Patiala Babes, Paridhi played the role of the mother of a teenage girl. Paridhi has no qualms in playing the role of a mother, but her condition is that her project and her character will be challenging.

In the promo of the serial, we can see Ghungroo in the feet of Paridhi. The actress who has become the onscreen daughter of Paridhi has also been a wonderful dancer in real life.

This is the full details on Chikoo Ki Mummy Durr Ki Serial Cast, Star Plus, Wiki, Cast With Photo, Serial Cast, New Show 2021, Release Date, Telecast Time, Promo & More. Share this post with your friends and keep visiting us on celebwale.com for such an entertaining post. If you have any thoughts, experiences, or suggestions regarding this post or our website. You can feel free to share your thought with us.