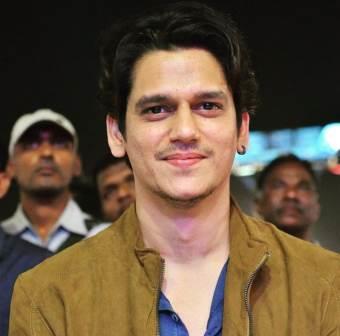 Vijay Varma is an Indian film actor known for his outstanding performances in the Bollywood films Pink, Gully Boy, and Baaghi 3. Apart from this, he has proved his acting in the Netflix web series SHE and Prime web series Mirzapur 2. Vijay was born on 29 March 1984 in Hyderabad, Telangana. After completing his early studies and higher studies, he started doing theater in his hometown. After that, he shifted to Pune to take training in acting.

After receiving two years of acting training from the Film and Television Institute of India (FTII), Pune, he shifted to Mumbai in search of work. In Mumbai, he got an opportunity to work in Raj Nidimoru and Krishna DK’s short film Shorr which was highly praised at the festival. The film won the Best Short Film award that year at the MIAAC Festival, New York. Vijay made his debut in Bollywood with the role of Jhunku (Subodh Roy) in the Bollywood movie Chittagong in 2012.

Ankit Malhotra’s role in Pink, which was released in 2016, was highly appreciated by film critics. In 2017, he made his debut in the Telugu industry with the role of Siva in the film MCA. After that, he worked in successful films like Manto, Gully Boy, Super 30, and Baaghi 3. He impressed people with the role of Sasya in the Netflix web series She, released in 2020.

In the same year, he appeared in the sequel of Amazon Prime’s famous web series Mirzapur. He impressed the audience with his double role Shatrughan Tyagi and Bharat Tyagi in Mirzapur 2. In 2022 he is busy shooting for Mirzapur 3 and soon he will be seen once again entertaining people through his excellent acting performance. His upcoming film is Darling which will be released on the big screen on 5th August 2022.

Vijay was born in a simple Hindu family. His family believes in Hinduism and worships Hindu deities. The name of Vijay Varma’s father is not known. His mother’s name is Kanta Verma. Apart from his mother, there is no information about his siblings. His marital status is still unmarried. There is no information available on the internet about Vijay Varma’s girlfriend.

The total net worth of Vijay Verma is around ₹8 crores. He mainly earns money through acting in films and web series. His monthly earnings are around ₹ 5 lakh to ₹ 10 lakh.

Some Interesting Facts About Vijay Varma:

This is the full details on Vijay Varma Biography, Age, Height, Father, Family, Wife, Net Worth & More. Please share this post with your friends and keep visiting us on celebwale.com for famous personalities and trending people’s biography with updated details. If you have any thoughts, experiences, or suggestions regarding this post or our website. you can feel free to share your thought with us.