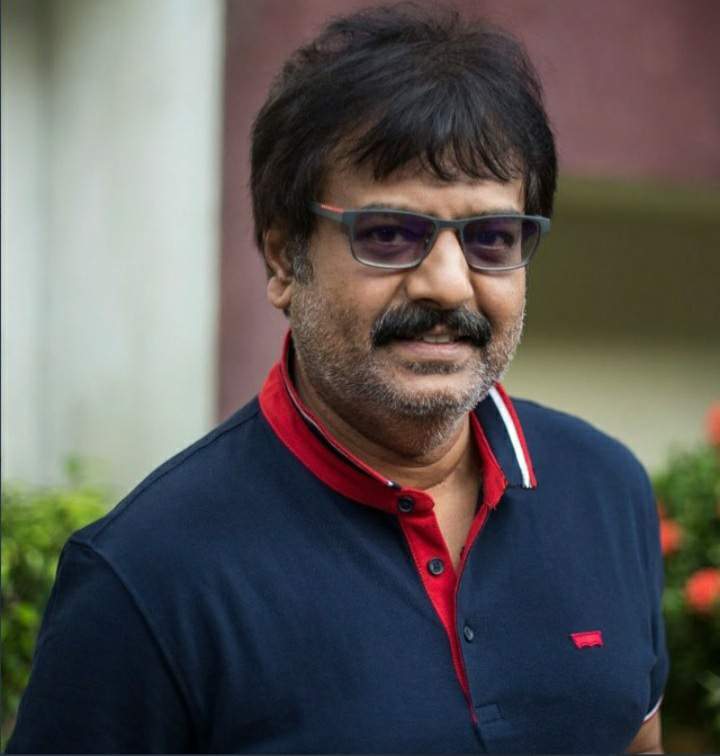 Tamil actor Vivek was born on 19 November 1961 at Perunkottur village in Thiruvengadam taluk of Tenkasi district, Tamil Nadu. His original name or real name was Vivekanandan. He was famous all over India for his stage show Vivek. He received his early education by staying in the Tenksi district. After this, he started working in the Chennai Secretariat. While working there, he used to use up free time in his free time as a standup comedian at the Madras Humor Club.

Others also attended the club as stand-up comedians. Where he worked on his skills and talent in comedy and helped to advance his comedy. He was later the winner of the Best Entertainment Award several times during his pantomimes at the club. Vivek later left Chennai to pursue his further studies. After this, he took admission to the American College in Madurai to get a commerce degree.

He used to come back to the club and perform during the semester break of his studies. Where he was introduced to the film director Balachandra for the first time by Vivek, the founder of Humer Club, PR Govindarajan, impressed by his comedy. Vivek then established a professional relationship with director K Balachander as a scriptwriter. He revealed after 4 years that director Balachandra Ji once asked him to write scripts for 16 characters, which Vivek completed in one night.

After this, director Balachander was very impressed with the work done by Vivek. Where he offered Vivek to play the role of Suhasini’s brother in the film while writing the script for the 1987 film Manathil Uruthi Vendum. He then played supporting roles in the films Pudhu Pudhu Arthangal and Oru Veedu Iru Vasal, released in 1989 and 1990.

Till 1996, Vivek had to wait to establish himself as the only comedian which proved to be very helpful in furthering his film. After establishing himself as a comedian, he did not look back again and had worked in more than one film in his career. Many of his films were also proved to be super-duper hits that set collection records at the box office.

Tamil actor Vivek was an Indian film actor comedian television personality playback singer and social activist who was primarily known for playing his different characters in the Tamil film industry. He also won 3 Filmfare Awards for Best Comedian for his strong role in three films directed by director K Balachander.

Popular Tamil actor Vivek died on Saturday in a hospital in Chennai. In the medical bulletin issued by the hospital, it is told that at 4:35 am, he said goodbye to the world. A day earlier on Friday, he was admitted to a hospital in Chennai after becoming unconscious after complaining of chest pain. He was 59 years old. Let me tell you that Vivek has been admitted to the hospital on Friday after suffering a heart attack.

Where his condition remained critical. It was told that he had a heart attack due to 100 percent blockage. After this, when he was brought to the hospital, he was unconscious. Therefore, the doctors placed her on Extra Corporal Membrane Oxygenation (ECMO). Despite all the efforts, the actor could not be saved. Ever since Vivek’s death, fans on social media have been paying him a humble tribute and wishing his soulmate a wedding.

Explain that actor Vivek was brought to the hospital in a stunned state by his family members at 11 am, and immediately after admission, he was brought back to consciousness through the team of cardiologists of the hospital. Angioplasty and stunt insertion was adopted because a major blood vessel was completely blocked.

On 15 April 2021, Tamil Actor Vivek publicly received a dose of Covaxin, a COVID-19 vaccine manufactured by Indian company Bharat Biotech, at the Tamil Nadu Government Multi Super Speciality Hospital, He campaigned for the benefits of vaccination and discouraged stigma toward public hospitals, as private hospitals in Tamil Nadu are often perceived as safer. On the same day, he experienced unable to take a breath and rise chest pain.

Then He was admitted to SIMS Hospital in Chennai, where doctors deemed him critical and revealed that he had 100% blockage in the left anterior descending artery which caused a cardiogenic shock. Speculation that his illness and death were linked to the vaccine was dismissed by the hospital. Following an angioplasty, he died in SIMS hospital on 17 April 2021 at the age of 59.

Vivek’s had passed away just at the age of 59 Years. Talking about the physical appearance of his body, Vivek’s height was 5 feet 7 inches, which is 172 cm. His bodyweight is 71 kg which is equal to 156 lbs. His eye color was black and his hair color was also black.

Tamil Actor Vivek was born into a Hindu family. His family believes in Hindu beliefs and also worships Hindu deities. Vivek’s father’s name is not known and his mother’s name is also not known. Apart from his parents in Vivek’s house, we could not get any information of brother and sister in his family.

Talking about the marital status of Vivek, he is married to Aruselvi. Apart from this, Tamil actor Vivek has three children whose name is Amrithanandini, Tejaswini, and Prasanna Kumar. Vivek’s son Prasanna Kumar died due to brain fever at the age of 13 in the year 2015. Vivek’s wife’s name is Aruselvi and has 2 daughters named Amrithanandini and Tejaswini.

Talking about the total net worth of the Tamil Actor Vivek, his total net worth is estimated to be ₹5 crores to ₹7 crores. He lives a very simple lifestyle. His main source of income is from film acting and apart from this, he works in many ways which also earns him a lot of income.

Tamil Actor Vivek is present on all social media platforms where he keeps sharing his latest photos and videos. Vivek’s social media account is available on Instagram, Facebook, and Twitter where he has over 34k, 20k, and 4.1 Million followers respectively. He continues to express photos, videos, and his views among his fans through his social media account.

This is the full details on Tamil Actor Vivek Biography, Wiki, Age, Height, Death, Father, Family, Wife, Actor, Profession, Business, Movies, Net Worth & More & More. Share this post with your friends and keep visiting us on celebwale.com for famous personalities and trending people’s biography with updated details. If you have any thoughts, experiences, or suggestions regarding this post or our website. you can feel free to share your thought with us.