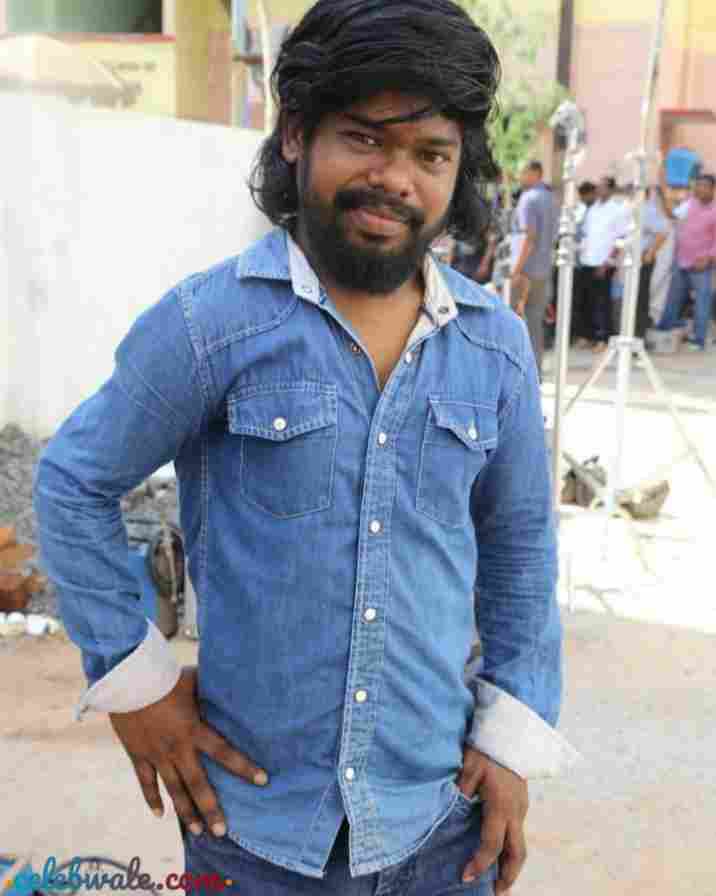 Theepetti Ganesan was born on 22 May 1988 in Madurai, Tamil Nadu, India. He completed his childhood studies at a school in Madurai. Theepetti had only studied up to class 9 after that he quit school. Due to the poor financial condition of the house, he had decided to leave his studies and work in his childhood.

In this movie, he played a character named Dabba which was quite famous. Her role was highly appreciated by the people and the film received a lot of love from the audience where her role was also liked. After playing the character of Dabba in this movie, as if his life had changed.

After this, he started getting offers to work with big banners where he played different types of characters in many films, accepting all the offers. He acted in the 2010 film Thenmerku Paruvakaatru and played Ganesh in the film Ayudha Porattam released in 2011.

He played an important role in Vikram starrer Rajapattai, released in 2011 the same year. After this, two of his films Neerparavai and Kadhal Paathai were released in the year 2012, in which he worked. Theepetti then played different characters in many films in successive years. Theepetti said that his life was going very well and his work was also going on smoothly until his manager played the greed card.

Theepetti Ganesan was a Tamil actor who worked in the Tamil film industry. His work was appreciated by audiences and critics in his films. He was active in the film industry for many years and consistently played supporting roles in a number of movies. He tried to develop himself as an artist by working in many films. After leaving class 9, he went straight to try his luck in the film industry, where he was also successful.

Theepetti used to get proposals for films from many directors and producers. He was very hardworking and visionary, considered himself a workaholic, and preferred to keep himself busy with some of the other work. He told in an interview that he had gained a lot of experience while working in many films in the past years.

Theepetti acted in a supporting role in all his films and his acting was also well received by the audience. He achieved stardom from the film Renigunta. His role in this film was well received and the film joined a high grossing list. He then started working as a supporting artist under several well-known banners.

Theepetti had also acted in many amazing movies like Thalaivaa Ajith starrer Billa 2 and Vikram starrer Rajapettai. Despite working in a number of big banner films, he could not escape Corona’s hit and Ganesan came into the limelight during the lockdown days when he posted a video of his co-star of the film ‘Billa-2’ and Tamil cinema had asked superstar Ajit (Thala Ajith) to get him to work because he did not have any work in due to which he was very upset.

The actor’s video attracted the attention of the people and the people of the film world helped him. With timely help, the actors were able to pay their children’s school fees. He was currently working as a supplier in a hotel in KK Nagar Chennai. That hotel is run by the famous poet Jeymakondan. The reason for Thipetti’s poverty is his manager who forced Thipetti to work in the hotel by playing the card of greed.

After this, Ganesan started receiving very few offers from filmmakers and his condition deteriorated to the extent that he had to work as a supplier in a hotel. Further, while requesting, he also said that he is keen to work in the film industry and will work with full dedication in the future.

He was seen working in the film Kanne Kalaimane in the year 2019. In this film, Udhayanidhi Stalin, son of leader MK Stalin and Tamannaah Bhatia played the main characters. The film was released in 2019 and it got a good response from the audience.

Theepetti Ganesan died at the age of 30 and his birthplace was Madurai, Tamilnadu, India. Talking about the physical appearance of his body, Theepetti’s height was 4 feet 2 inches, which is 135 cm. His body weight was 54 kg and Ganesan’s body measurement is not known. His eye color was black and his hair color was also black.

Theepetti Ganesan’s marital status is married, his wife’s name is not known and also they have 2 children whose age is between 10 to 15 years. His financial condition was very week.

Talking about Theepetti Ganesan’s education, he got his initial education from Madurai. Then he passed his 9th class examination from his local town’s school.

Theepetti Ganesan’s total Net Worth is Not Known. He charges around 10 lakh to 40 lakh per movie.

Not Available on any social media platform. He is only covered by Wikipedia.

In April 2020, in an interview, he revealed that he faced severe financial tussles due to a lack of film opportunities in the last few years and revealed that his film career was hit hard during the COVID-19 pandemic.

Ganesan suffered a heart attack this morning after which he was taken to a private hospital in Madurai. But on reaching the hospital, the doctors declared him dead. ‘Kaane Kalaimane’ film director Seenu Ramaswamy regretted the actor’s death and wrote a tribute message to him on Twitter.

Prior to his death, he underwent treatment at Madurai Rajaji Hospital.

Theepetti Ganesan has been worked in many movies and his upcoming movies are Idam Porul Yaeval and Vettai Mannan which will be released very soon in the theatre.

Some Interesting Fact About Theepetti Ganesan:

Disclaimer: All images of Theepetti Ganesan taken from Google and various Instagram hashtags. Images can be taken for educational purposes. Image Credit goes to the respective owners of the Image Creator. We try to gather accurate data but sometimes there might be some mistakes, Kindly let us know if you find mistakes, We would correct them. We do not take any Guarantee/Claim That the information we have gathered is 100% correct.

This is the full details on Theepetti Ganesan Biography, Wiki, Education, Age, Height, Father, Family, Wife, Child, Death & More. Share this post with your friends and keep visiting us on celebwale.com for famous personalities and trending people’s biography with updated details. If you have any thoughts, experiences, or suggestions regarding this post or our website. you can feel free to share your thought with us.