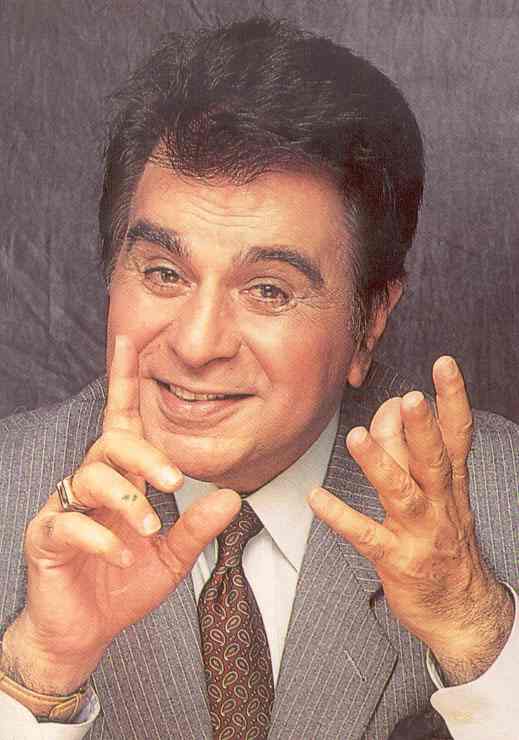 Dilip Kumar was an Indian actor, film producer, and philanthropist, known primarily for his roles in Hindi films in the Bollywood film industry. He was born on 11 December 1922 in Peshawar, British India. Some 8 years after his birth, in 1930, his entire family shifted to Deolali, Nashik, Maharashtra.

Dilip Kumar’s real name was Mohammad Yusuf Khan. He did his schooling at Barnes School in Deolali, Nashik district. He grew up with his childhood friend and legendary Bollywood actor Raj Kapoor. In 1940, when Dilip Kumar was just 18 years old, he left home for Pune due to a dispute with his father.

After moving to Pune, he made a living by setting up a sandwich stall in the Army Club. After that, he left for Bombay with only ₹5000 rupees in hand. Where he first met Devika Rani, owner of Bombay Talkies in 1942 and signed a contract with her at a salary of ₹1250 Indian Rupees per year.

He started his career in screenwriting due to his proficiency in the Urdu language. His acting style was greatly influenced by Ashok Kumar for the first time and naturally asked Dilip Kumar to act in films. He was also fluent to speak Urdu, Hindi, Hindko (his first language), Punjabi, Marathi, English, Bengali, Gujrati, Pashto, Persian, Awadhi, and Bhojpuri.

Before making his debut in films, Dilip Kumar changed his name from Mohammad Yusuf Khan to Dilip Kumar at the behest of Devika Rani. In 1944, for the first time, Dilip Kumar made his acting debut in the Bollywood film Jwar Bhata. It was produced by Bombay Talkies.

His debut film Jwar Bhata went unnoticed. After acting in a few other films that were a flop at the box office, he worked with actress Noor Jahan in the 1947 release Jugnu, which proved to be his first hit at the box office.

His two more films, Shaheed and Mela, released the following year, were also box office hits. In 1949, he acted in the film Andaz opposite Raj Kapoor and Nargis which was a hit. The film Shabnam, which was released the same year, was also a hit at the box office.

He suffered from depression for some time due to his many tragic roles, after which he took up lighter roles at the behest of his psychiatrist. He first won the Filmfare Best Actor Award for his film Daag, later he won the Filmfare Award seven times. He was the first actor to charge Rs 1 lakh per film in the 1950s.

In 1960, he played the role of Prince Salim in director Asif’s big-budget historical film Mughal-E-Azam, which was the highest-grossing film in Indian film history for 11 years. The film was the first film to gross 1000 crore Indian rupees in 2011. The 1970s was a decade of recession for Dilip Kumar.

In this, many of his films proved to be box office flops, and some of his films received mixed reactions. After this, he took a break from films for 5 years from 1976 to 1981 and did a great job in his next hit film Kranti. He was awarded the eighth and final Filmfare Award for Best Actor for his performance in the film Shakti, directed by Ramesh Sippy.

Dilip Kumar’s age was 98 years old in the year 2021. He is one of the greatest Bollywood veteran actors who has won the hearts of millions of fans with his acting.

Dilip Kumar’s height was 5 feet 9 inches, which is equal to 180 cm. His body weight is about 66 kg, he takes a proper diet to keep his body fit so that his body measurement is Not Known. His eye color is Black, and his hair color is Brownish White.

Dilip Kumar was born in a prosperous Muslim family. His entire family believed in Islam and worshiped Allah. Dilip Kumar’s father’s name was Lala Ghulam Sarwar who was a landowner and fruit trader in Peshawar and his mother’s name was Ayesha Begum.

When Dilip Ji was just 8 years old, his entire family shifted from Peshawar to Deolali, Nashik, Maharashtra, where his father was a fruit trader and landowner. Apart from his parents, there were 12 brothers and sisters in Dilip Ji’s house.

Due to a rift with his father at the age of 18, he left his home and moved to Pune, where he used to set up sandwich stalls in the army camp. After this, he made his debut in films, after which he became a superstar by working in many hit films.

During that time he had an affair with Bollywood actresses like Kamini Kaushal, Madhubala, Saira Banu, and Asma Rehman. Later in the year 1966, Dilip Ji married actress Saira Banu, 22 years younger than him.

He later married Hyderabad-based socialite Asma Rehman in 1981, but the marriage broke up in 1983. Presently he was with his wife Saira Banu in Bandra West, Mumbai.

He had no children, he revealed in his autobiography Dilip Kumar: The Substance and the Shadow that Bano had conceived in 1972, but the baby died due to developing complications in the pregnancy. After this, he did not try to have a child again, believing that it was the will of God.

Talking about his total net worth of Dilip Kumar was a great legend actor of the Bollywood Industry, who earned his name, fame, wealth due to the brilliant performance of his acting. His total net worth is around ₹625 crore.

Harshvardhan Rane’s account is present on all social media platforms, where he keeps sharing his latest photos and videos with his fans and followers. He also conveys information about his upcoming movies to his fans through social media.

Dilip Kumar started his Bollywood career in 1944 from the film Jwar Bhata produced by the Bombay Talkies. He played the role of Jagdish in that film. However, the film was gone Un-Noticed. After that, he worked in many hit films and became a superstar of the industry. Below, in the table, we have given all the list of his films, which you must read once.

Dilip Kumar is widely regarded as one of the greatest actors in the history of Hindi cinema. He holds the Guinness World Record for winning the most awards by an Indian actor.

He was awarded the National Film Award for his performance in the 1961 film Ganga Jamuna. Many great actors including Shahrukh Khan consider Dilip Kumar as their inspiration.

Kumar is also known as the Tragedy King as he played several disappointing but award-winning roles in films depicting tragedy. Dilip was awarded the Padma Bhushan by the Government of India in the year 1991, along with the Dadasaheb Phalke Award in 1994 and the Padma Vibhushan in 2015.

He got 1 Filmfare Lifetime Achievement Award in 1993.

Kumar got the Dadasaheb Phalke Award in the year 1994 from the Government Of India.

Dilip Ji was awarded Padma Bhushan Award by the Government of India in the year 1991.

Dilip Ji was also awarded Padma Vibhusan Award by the Government Of India in the year 2015.

Veteran film actor Dilip Kumar breathed his last on 7 July 2021 at 7:30 am at Hinduja Hospital in Mumbai. It is said that he was suffering from Protest cancer. After his death, there was a wave of mourning all over Bollywood and India.

Veteran artists expressed their condolences through Twitter on his death. Prime Minister Modi, and Amitabh Bachchan, Shah Rukh Khan paid tribute to him through their own Twitter accounts.

Some Interesting Fact About Dilip Kumar:

Que. What happened to Dilip Kumar?

Ans. Dilip Kumar has no more on 7 July 2021 at Hinduja Hospital due to suffering from protest cancer. He has taken his last breath in the early morning at 7:30 am.

Que. Why did Dilip change his name?

Ans. On the behest of Devika Rani, who is the owner of Bombay Talkies, he changed his name from Mohammed Yusuf Khan to Dilip Kumar.

Ans. No, Dilip was a Muslim and follows Islam culture but he respects all religions.

Que. Why Dilip Kumar has no child?

Ans. In his autobiography, He said that his wife Bano had conceived in 1972, but the baby died due to developing complications in the pregnancy. After this, he did not try to have a child again, believing that it was the will of God.

Disclaimer: All images are available on Google on Various Platforms. Images can be taken from his FC Instagram account for educational purposes. Image Credit goes to the respective owners of the Image Creator.

This is the full details on Dilip Kumar Age, Biography, Wife, Children, Death, Net Worth & More. Share this post with your friends and keep visiting us on celebwale.com for famous personalities and trending people’s biography with updated details. If you have any thoughts, experiences, or suggestions regarding this post or our website. you can feel free to share your thought with us.