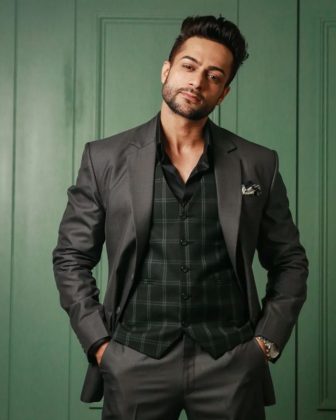 Shalin Bhanot is an Indian television and film actor known for his work in TV serials as well as films and web series. He is currently making headlines by participating in Bigg Boss 16 as a contestant. Bhanot was born on 15 November 1983 in Jabalpur, Madhya Pradesh. His early education also took place in Jabalpur. After graduation, in 2004 he moved to Mumbai where he made his debut by appearing in MTV Roadies Season 2 as a contestant in the industry.

The very next year in 2005, he made his debut in serials with the role of Akshay in the Sony TV serial Ayushmaan. In 2005, he appeared in the serials Saat Phere: Saloni Ka Safar and Sanya as Karan and Mihir respectively. Apart from this, he has so far worked in many serials like Kulvaddhu, Kaajjal, Sangam, Naaginn, Grihasti, and Sajda Tere Pyaar Mein. Bhanot was also a part of Doordarshan’s serial Air Hostess from 2007 to 2010.

Apart from this, he has also worked in mythological serials like Suryaputra Karn and Ram Siya Ke Luv Kush. In 2008, Shalin participated in the dance reality show Nach Baliye 4 with his ex-wife Dalljiet Kaur. In the show, he won the title with a tremendous performance with his dance partner Dalljiet. Apart from this, he has also been a part of the dance reality show Nachle Ve with Saroj Khan in 2011.

In 2019, he made his debut on the OTT platform with the role of Babloo Singh in the web series The Red Land. In 2022, Bhanot is seen as a contestant in Colors TV’s popular show Bigg Boss 16.

Shalin Bhanot’s age in 2023 is 39 years and his height is 5 feet 10 inches, which is equal to 178 centimeters. Shalin body weight is about 70 kg, he takes a proper diet to keep his body fit so his body measurement is 44-30-16. His eye color is Dark Brown, and his hair color is also Black.

Shalin was born in an upper-middle-class Hindu family in Jabalpur. His family believes in Hinduism and worships Hindu Gods and Goddesses. Shalin Bhanot’s father’s name is Brij Mohan Bhanot, he is a businessman. His mother’s name is Sunita Bhanot. Shalin is survived by an elder brother Rahul Bhanot and a sister Shweta Bhanot Nagpal.

His marital status is divorced. He married his long-time girlfriend Dalljiet Kaur on 9 December 2009 as per Hindu rituals. Dalljiet is also a TV actress. She later filed for divorce on 25 July 2016, accusing her husband Shalin Bhanot of harassment and assault. Shalin and Dalljiet also have a son named Jaydon Bhanot

Shaleen Bhanot’s total net worth in 2022 is around ₹ 13 crores. He earns good money from TV serials and brand endorsements. Bhanot is included as a contestant in the Colors TV show Bigg Boss 16 where he is being paid a fee of around ₹ 5 lakhs. Apart from this, he has an Audi 6 car and a Harley Davidson bike.

Some Interesting Facts About Shalin Bhanot:

I have intentionally not seen any episode till now. If I had seen, then some assumptions would have already formed in front of me. The reality is that this is Bigg Boss 16, which never happened till date. I never became a contestant. Bigg Boss has never played. It is different and hopefully will be the best.”

This is the full details on Shalin Bhanot Biography, Age, Height, Wife, Son, Family, Net Worth & More. Share this post with your friends and keep visiting us on celebwale.com for famous personalities and trending people’s biography.