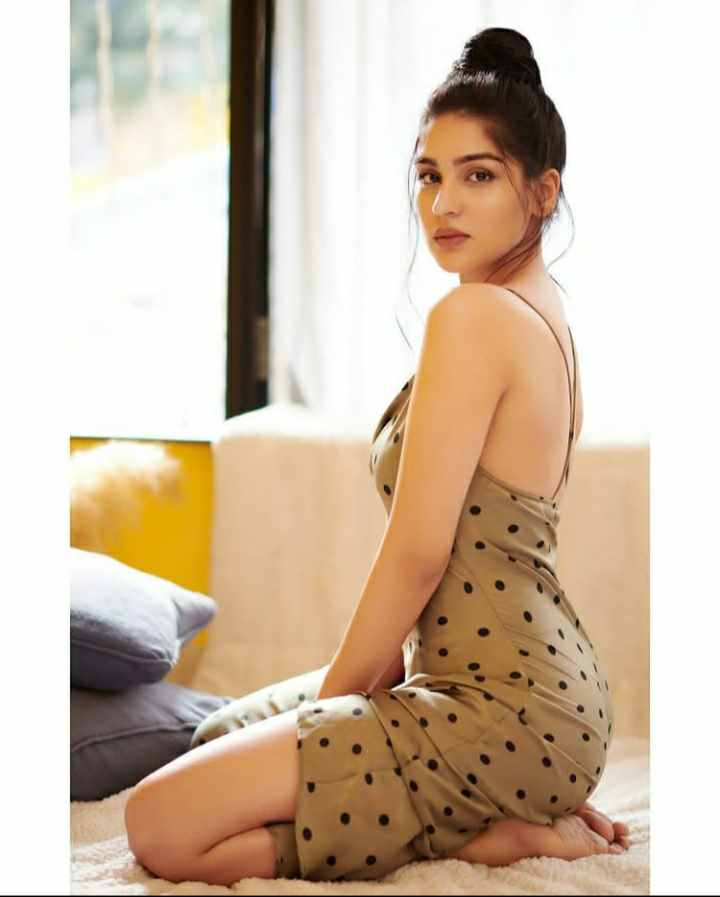 Yukti Thareja is a beautiful actress in the Indian television industry, whose beauty makes anyone her fan. She was born on 05 January 2000 in Karnal, Haryana, she completed her childhood education in Haryana, and later she moved to Delhi for her graduation. She had an interest in modeling since childhood, so she started modeling at a very young age.

She belongs to TOABH Talent Management Agency, a modeling agency. She also won the Delhi Times Fresh Face 2017 Contest during her college studies. She left her college final year to participate in MTV’s Supermodel of the Year.

She studied B.Com at Guru Gobind Singh College of Commerce and later moved to Mumbai to participate in the show, where she was the semifinalist of the MTV supermodel show. Yukti has also been featured in catalog shoots for online portals such as House of Pink and Hallmark Suite.

She was featured in Grofers’ ad and also worked in Prabh Gill’s Punjabi video Ik Supna as a college girl. Yukti was first featured in a Marathi video song Sasarvadi, in which her dance was amazing and the song got over 4 million views on YouTube. She has also made a cover video of Oye Hoye Video Song, which is available on YouTube.

Yukti was first introduced in 2021 on Emraan Hashmi’s video Song Lut Gaye on YouTube’s most significant music channel T Series. Famous singer Jubin Nautiyal sang the Lut Gaye song and in the video, she portrayed a bride and Emraan Hashmi as a police officer. The song peaked at number 1 on the trending list just hours after its release on the T series channel.

This video has received more than 10 million views in 12 hours. We hope that the success of this song will give a new direction to her career. She has also worked on videos like Ik Supna & Lut Gaye. Here, are the names of the songs in which she was featured.

Yukti Thareja’s age is just 23 years old in 2023 and she is one of the most beautiful actresses in the industry who belongs to Karnal. She works hard to keep her body fit and does gym workouts daily. She takes very nappy food which helps in keeping her body fit.

Apart from Yukti and her parents in the house, she also has a brother named Sarang Thareja. Her marital status is unmarried and has no affair with any boy, her boyfriend’s name is unknown. She has a lot of privacy in her personal life, she does not like to share her personal things on social media.

The total net worth of Yukti Thareja is around ₹1 crore. She is a very beautiful Indian model who earns money as a model in music videos. Apart from this, she has also appeared in some television ads. Yukti also promotes various brands through her social media handles for which she charges thousand of rupees.

Yukti’s account is present on all social media platforms except Twitter, where she keeps uploading her photos, which keeps her in the headlines. Fans have a lot of craze about them, she is popular on social media due to her gorgeous look. Below we are sharing the links to all their social media accounts with you, by clicking on them you will be able to access their profile directly.

She is available on Facebook and she makes her Facebook profile private. She is not covered by Wikipedia. When Wikipedia covers Yukti Thareja on his page then we’ll activate the link and you will be able to access her page directly by clicking on the link given below.

Some Interesting Facts About Yukti Thareja:

This is the full details on Yukti Thareja Biography, Age, Height, Family, Boyfriend, Net Worth & More. Please share this post with your friends and keep visiting us on celebwale.com for famous personalities and trending people’s biography with updated details. If you have any thoughts, experiences, or suggestions regarding this post or our website. you can feel free to share your thought with us.