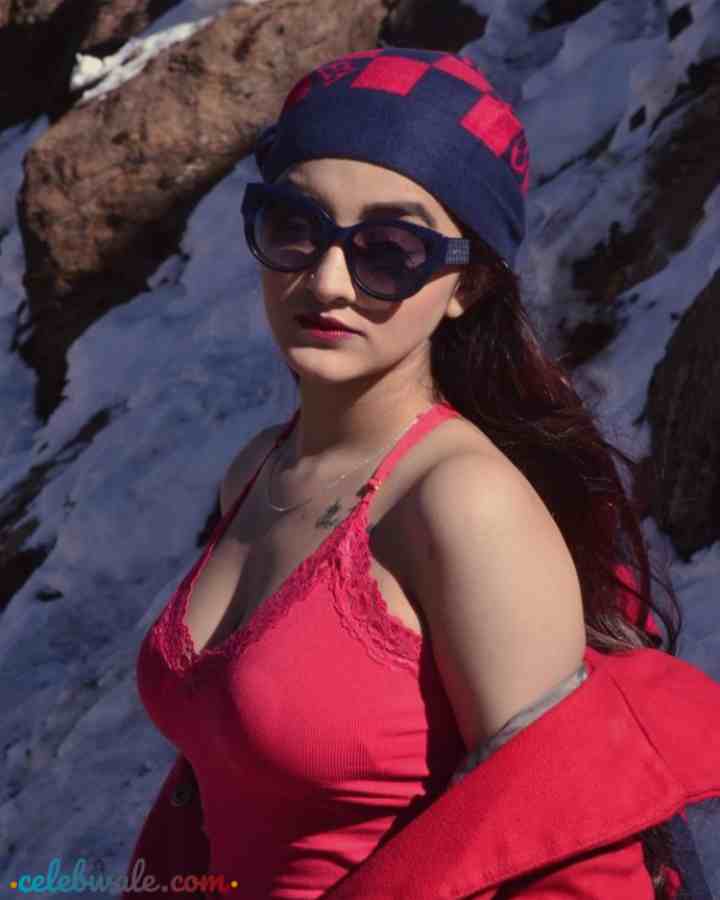 Nikita Bhamidipati was born on 17 April 2001 in Pune, Maharashtra. She received her school education in New Delhi because his father is a naval officer whose posting is done in different parts of the country.

A few years later, Nikita shifted to Mumbai where she attended her high school intermediate at Navy Children’s School.

She then continued her further studies at a UK university. Nikita had dreams of becoming a successful actress since childhood. Her dream of becoming an actress was also accepted by the housemates and inspired her to move forward in her career.

Inspired by this she started modeling at the age of 16 and she also participated in many fashion shows in Mumbai. While modeling, Nikita got a chance to participate in MTV’s reality game show.

Where she made her debut in the TV industry by participating as a participant in MTV’s reality game show Ace of Space 2. The show was the second season of the series Ace of Space, hosted by Vikas Gupta, and the show aired on the channel MTV India in August 2019. In this show, Nikita was evicted on the 40th day of the show.

After making her debut in the TV industry from MTV’s reality game show Ace of Space 2 in 2019, she is seen in MTV’s another popular show, MTV Splitsvilla, in the year 2021.

Recently she gave audition for the show’s hosts Rannvijay Singha and Sunny Leone for MTV’s popular show MTV Splitsvilla Season 13. After auditioning, she has been selected for the show and will now be seen as a contestant in this popular show.

Nikita Bhamidipati’s age is 21 years in 2022 and she is a very beautiful actress in the TV industry whose personality is very attractive. She is a fitness-loving girl who does a variety of exercises in yoga and gym daily to maintain her body.

Nikita consumes green vegetables and fruit juice daily to take care of her health and after hours of exercise in the gym gives her body a perfect look.

She is also a tattoo lover who likes to get her body tattooed. She told during an interview that tattoos made on her body motivate him, so she has made a total of 11 tattoos on her body.

Nikita stated that 3 tattoos are on the front of the body, 2 tattoos on her backside, and some tattoos on her legs as well. She has a motive feel all the time with tattoos made on her body.

She also worries about her health and takes very small meals to keep her body healthy. Her height is 5’6″ feet or 168 cm and her body weight is around 55 Kg or 121 lbs. She has beautiful long dark black hair and also black eyes.

Nikita was born into a prosperous Hindu family. She believes in Hindu beliefs as well as worships Hindu deities. Nikita Bhamidipati’s father’s name is Bhamidipati who is a Naval Officer and her mother’s name is Mousumi Bhamidipati.

Talking about Nikita’s married life, she is still unmarried but her affair was confirmed by her own show on MTV show. Nikita Bhamidipati’s boyfriend is named Ali Raza Shaikh who has attended MTV Love School 2019 as a contestant.

Nikita Bhamidipati lives in Pune, Maharashtra but due to her father being a Naval Officer, she received her early childhood education from Navi Children’s School in New Delhi.

After this, her family shifted to Colaba, Maharashtra. He did her high school and intermediate education at Navi Children’s School, Maharashtra.

Nikita then completed her graduation through distance learning from Cardiff Metropolitan University, UK. After completing her higher studies, she started modeling to fulfill her childhood dream. Nikita’s only aim in life is to become a successful actress. For which he is constantly striving.

Talking about Nikita’s favorite things, her favorite Bollywood actors are Hrithik Roshan and Shahid Kapoor. Her favorite actress is Kareena Kapoor. She loves to watch cricket and her favorite cricketer is Virat Kohli.

She is also very fond of listening to songs and keeps listening to Bollywood and Hollywood songs in her spare time. Her favorite singer is Zayn Malik, Justin Bieber.

Apart from this Lilly Singh is her favorite YouTuber and her favorite tv shows are The Vampires Diaries, Teen Wolf, and Brooklyn 99. In the table below, we are giving a list of all their favorite things that you must read once.

Here are given the username of various social media platforms of Nikita Bhamidipati Instagram, Facebook, and Wikipedia links. Nikita Bhamidipati’s Instagram photo which was extremely hot and sexy has gone viral. Anyway, she keeps sharing her hot photos with her fans.

Nikita’s account is present on all social media platforms, where she keeps uploading her hot photo modeling technic, a short video that keeps her in the headlines. she is popular on social media due to her beauty.

Below we are sharing the links of all their social media accounts with you, by clicking on which you will be able to access their profile directly.

Nikita Bhamidipati is not covered by Wikipedia. In the below table, we provided you with other various links which you must click on them and also follow her page.

Nikita Bhamidipati’s total net worth is ₹50 Lakh to ₹75 Lakh. She charges about ₹60k per episode.

Some Interesting Facts About Nikita Bhamidipati:

This is the latest information on Nikita Bhamidipati (Splitsvilla 13) Biography, Wiki, Age, Height, Father, Tattoo, Serial, Net Worth, Boyfriend, Family & More. Share this post with your friends and keep visiting us on celebwale.com for famous personalities and trending people’s biography with updated details. If you have any thoughts, experiences, or suggestions regarding this post or our website. you can feel free to share your thought with us.