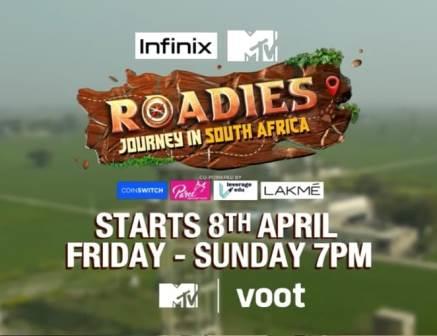 MTV Roadies 2022 Season 19 Very popular television show among youth, which is going to air on TV with this its nineteenth season. Vote in vote-out and elimination rounds in the show make it popular among the youth.

Each contestant participating in the show travels with their gang leader to different places where they have to perform the given task. Their mental and physical strength is seen in the task given to the contestants. Rannvijay Singha was seen as a host of the show for the last 18 years but this time Bollywood actor Sonu Sood is hosting the show.

This time Neha Dhupia, Raftaar, Prince Narula, and Nikhil Chinapa will be seen in the role of gang leaders in the show. Let us tell you that the auditions for the show took place in January this year in cities like Delhi, Pune, Chandigarh, and Kolkata.

The contestants have to register for the show through the website after which they are called for group discussion. In Group Discussion, the participant is given a topic on which they have to discuss.

The contestants who pass in this round increase their chances of being a part of the show. Presently the auditions of the show are over and the show is being telecast from Friday to Sunday at 7 pm on the MTV channel from 8th April.

This is the full details on MTV Roadies 2022 Contestants, Start Date, Gang Leader, Winner, Host, Wiki & More. Share this post with your friends and keep visiting us on celebwale.com for such an entertaining post. If you have any thoughts, experiences, or suggestions regarding this post or our website. You can feel free to share your thoughts with us.