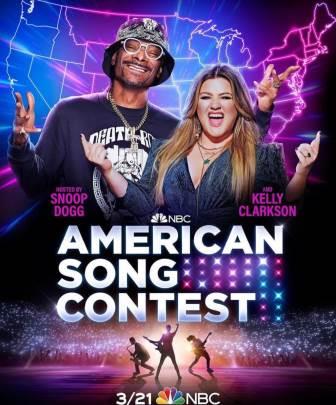 American Song Contest is an American reality TV show featuring 56 contestants from the 50 US states, 5 territories, and Washington DC. The winner of the show will be awarded the title of Best Original Song.

11 contestants will compete in the first semi-final, which will be telecast on 25 April 2022 and the match between the 11 contestants involved in the second semi-final will be on 2 May 2022.

This is the first season of the American Song Contest to be hosted by Snoop Dogg and Kelly Clarkson. The show will be aired from 21st March 2022 every Monday at 8 pm on the NBC channel.

This is the full details on American Song Contest 2022 Contestant Name, Winner, Timings, Start Date, Wiki & More. Share this post with your friends and keep visiting us on celebwale.com for such an entertaining post. If you have any thoughts, experiences, or suggestions regarding this post or our website. You can feel free to share your thoughts with us.