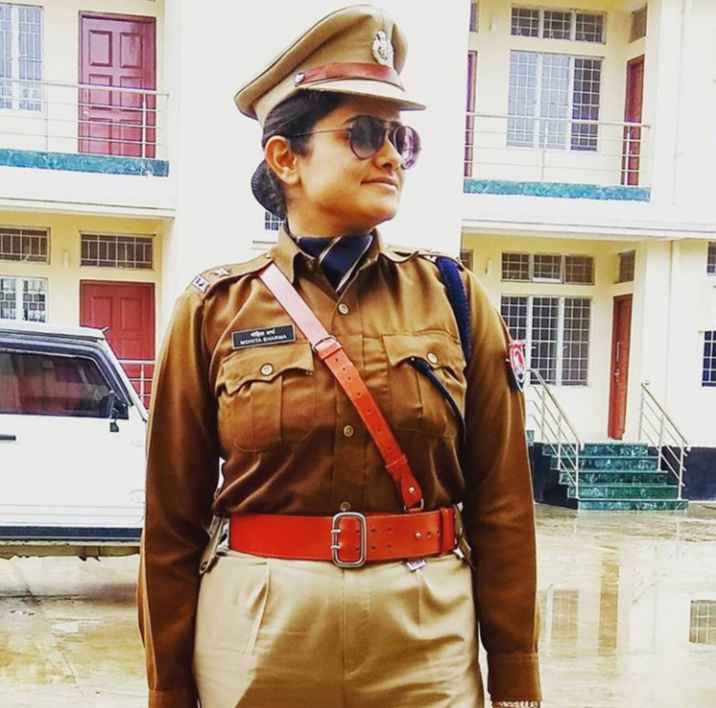 If you want to know the IPS Mohita Sharma Garg biography and all the details, then you must read this article. Here, we have tried to cover all the possible information about Mohita and her husband and family. Mohita Sharma was born on 23-11-1983 in Delhi, India but her hometown is Kangra, Himachal Pradesh, India.

Mohita is an IPS officer of the 2017 batch from Jammu & Kashmir. She secured 92.20% in high school and 90.70% marks in intermediate examinations.

On 17 November 2020, Mohita Sharma appeared as a contestant on Sony TV’s show Kaun Banega Crorepati season 12 in which she became the second contestant of the show to play for the 7 crore question after Nazia Nasim.

IPS Mohita Sharma has become the second millionaire in the 12th season of Sony TV’s popular show Kaun Banega Crorepati. The interesting thing is that both times the millionaires are women.

The first contestant to win one crore was Nazia Nasim of Ranchi. Now Mohita Sharma of Delhi has become a Millionaire (Crorepati) winner for the second time.

Mohita is an IPS officer by profession and her husband Rushal Garg is also an IFS officer. Mohita Sharma’s age is 31 years. She is originally from Kangra in Himachal Pradesh but her education initiation has been completed only from Delhi.

Talking about her family, Mohita Sharma’s father’s name is SD Sharma and he used to work in Manesar’s Maruti Udyog Limited Company, her mother is a housewife. Her nickname is Mohita.

Mohita belongs to a Hindu family. She is the daughter of S.D Sharma and Neelam Sharma. Firstly, she fell in love with Rushal Garg who was an IFS (Indian Foreign Service). And then after some time, she started dating and they got married on 30 October 2019 (Tuesday).

Mohita Sharma is going to be the second contestant of this season to win the 1 crore in the famous T.V show “Kaun Banega Crorepati” in Season 12 hosted by Amitabh Bacchan.

Earlier the channel launched a sneak peek of the episode which showed Bacchan sir asking her the 1 crore question and also her winning moments. But that’s not it. From the sneak peek it looks like she also moved on to play for the question which has a prize of 7 crores.

When Mohita Sharma was playing the Kaun Banega Crorepati contest sitting in front of Amitabh Bachchan Ji at the hot seat, then the 1 Crore question that was asked to her, we are going to tell you what question Amitabh Bachchan Ji had asked her. Questions are given in the picture below

He told Mohita the rules of the game and said that you can also use your lifeline in the question of 1 Crore, but you will not be able to use it in the further question as to the next question which will be 7 Crores. After this Mohita used her “Ask the Expert” Lifeline.

Finally, with the help of experts, she won the 1 Crore in Season 12 of Kaun Banega Crorepati by giving the correct answer to the 1 Crore question which was asked to her and became the second female Crorepati in the show to do so.

Let me tell you that Najia Naseem had done the task of winning 1 Crore before Mohita on this platform only 1 week ago. Najia became the first contestant to win 1 Crore in this show and now Mohita Sharma did it for the second time.

After winning 1 Crore, Amitabh Bachchan Ji asked Mohita to raise the game by asking the 16th question i.e. 7 Crores question and we are sharing some pictures of the question which was asked to her.

Mohita did not have any answer in the 16th question of the game i.e. 7 Crores question and neither could she be able to use any lifeline as per the rules of the game.

She was not sure about the answer to the 7 Crores question and neither did she want to make any guesses because if she had answered and the answer would have been wrong then she would have reached the second position of the game, which was on 3 lakhs 20 thousand rupees.

So she did not think to give an answer to the question and also it was not right to take such a big risk. So, she quit the game after winning 1 Crore.

This is the full details on IPS Mohita Sharma Garg KBC Biography, Age, Husband, Family, & More. Share this post with your friends and keep visiting us on celebwale.com for famous personalities and trending people’s biography with updated details. If you have any thoughts, experiences, or suggestions regarding this post or our website. you can feel free to share your thought with us.