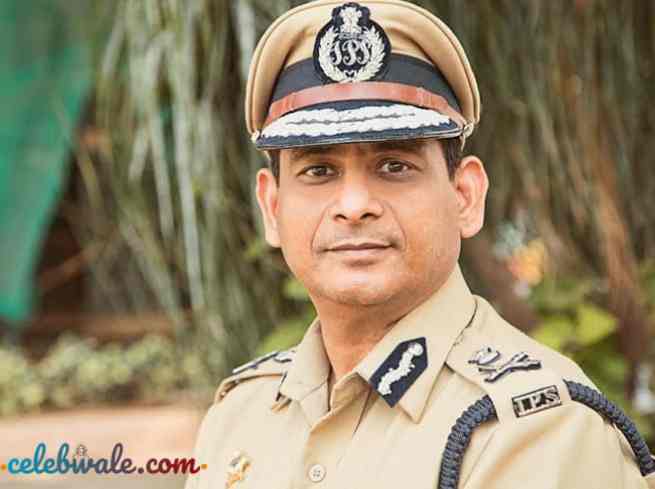 Hemant Nagarale was born in 1964 in Bhadravati village in Chandrapur district, Maharashtra. He received his early education from ZP School Bhadravati, Chandrapur. After completing his schooling, he later moved to Nagpur where he completed his high school and intermediate, and from there he also completed his graduation and post-graduation studies.

At the time of graduation, he had made up his mind that he had to join the police service later and serve the public. For this, he worked hard for the UPSC exam, and finally, in 1989, he joined the Police Service as an IPS after passing the UPSC exam. His first posting as an IPS officer was from 1989 to 1992 as the ASP of Rajura in the Naxalite Affected Area in Chandrapur district.

He then served as DSP of Solapur from 1992 to 1994 where he was instrumental in the creation of a new Commissionerate. During his tenure in Solapur, Hemant also successfully controlled the communal riots in the city for the Babri Masjid.

During his tenure from 1994 to 1996, Hemant also handled the land acquisition problem related to Power Corporation at the time of SP Ratnagiri district. Hemant was then promoted to the SP of the Crime Bureau Department where Nagarale investigated the MPSC paper leak case which spread to many parts of Maharashtra. Hemant was appointed and sent to the CBI Department from March 1998 to September 2002 where he was posted as SP BSFC, CBI Mumbai.

He has been appointed as the Commissioner of Mumbai Police after serving several posts in Mumbai Police in his life. Hemant has also served in the police as SP BSFC, CBI Mumbai DIG, CBI, New Delhi.

Nagarale had successfully investigated and completed several cases in his life such as the Ketan Parekh scam, Madhupura Cooperative Bank scam (800 crores), and Harshad Mehta 2001 (400 crores) 30 crores bank scam. Hemant played a key role in saving many lives during the 2008 Mumbai terror attack.

During that terrorist attack, Hemant noticed and inspected a bag full of RDX before informing the bomb disposal squad. After inspection, he took the bag to a safe place where he defused the bag containing the RDX with the help of a bomb disposal squad. Later, he was widely appreciated in the police department for his bravery.

Hemant Nagarale is the Commissioner of Police in Mumbai. He is a police officer, best known as leading the special squad, and had successfully investigated and completed several cases in his life such as the Ketan Parekh scam, Madhupura Cooperative Bank scam (800 crores), and Harshad Mehta 2001 (400 crores) 30 crores bank scam. He remains very fit due to his profession as both his training and work are very difficult, in which the body workouts keep on happening.

Hemant Nagarale’s age is 56 years old. Talking about the physical appearance of his body, Hemant’s height is 5 feet 8 inches, which is 176 cm. His body weight is 79 kg which is equal to 174 lbs and Hemant’s body measurement is 38-36-14. His eye color is black and his hair color is also black.

Talking about Hemant’s marital status, he is married and his wife’s name is Pratima Nagarale. Hemant and Pratima have two children, including a daughter. After the marriage of Hemant, their married life was going on in a very happy manner, and later they also had two children.

But with the passage of time, the relationship between the two got bitter and in March 2008, his wife wrote a complaint letter against Hemant to his government departments which also included the then CM Vilasrao Deshmukh. In the complaint letter, Hemant’s wife Pratima said that her husband wants to get her out of the house and also asks her to stay away from him.

In the complaint letter written by Hemant’s wife Pratima, she also said that her husband wants to keep her away and he also threatens to keep her in a mental hospital if she is not away from him.

She also accused her husband that Hemant was physically torturing her to get a divorce from her. However, both of them were divorced from the Mumbai court in February 2009, and Hemant was also remanded in custody.

Hemant Nagarale did his early education at ZP school in Bhadravati village of Chandrapur district. He completed his school up to class 6, after which he moved to Nagpur where he received his high school and intermediate education from Patwardhan High School.

Hemant was very brilliant in his studies from the beginning while continuing his studies, after intermediate, he obtained a degree of BE in Mechanical Engineering from VRCE Nagpur (now VNIT) College.

After getting a post-graduation degree with good marks, he started preparing for the civil service examination in which he also succeeded and he joined the Mumbai Police as an IPS officer in the year 1989, clearing the exam of UPSC.

Hemant Nagarale’s income source is mainly as a Commissioner of Police. He got a salary of ₹156075 per month. His total income is approximately ₹3 crores to ₹5 crores

Hemant Nagarale is only present on Twitter due to a lack of interest in social media. He has also been placed on the page by Wikipedia. We have given the link to all the social media of Hemant Nagarale in the table below, on which you will be able to access their profile page directly by clicking.

Hemant started to serve in the police department as an IPS Officer from the 1987 batch. During his career, his works were notorious, and awarded various awards.

Some Interesting Facts About Hemant Nagarale:

Disclaimer: All images are available on the Hemant Nagarale hashtags on Instagram or Images on Google. Images can be taken from his official Instagram account for educational purposes. Image Credit goes to the respective owners of the Image Creator. We try to gather accurate data but sometimes there might be some mistakes, Kindly let us know if you find mistakes, We would correct them. We do not take any Guarantee/Claim That the information we have gathered is 100% correct.

This is the full details on IPS Hemant Nagarale Biography, Wiki, Mumbai Police Commissioner, Age, Caste, DG, Batch, Family, Wife, Twitter, Salary, Net Worth & More. Share this post with your friends and keep visiting us on celebwale.com for famous personalities and trending people’s biography with updated details. If you have any thoughts, experiences, or suggestions regarding this post or our website. you can feel free to share your thought with us.