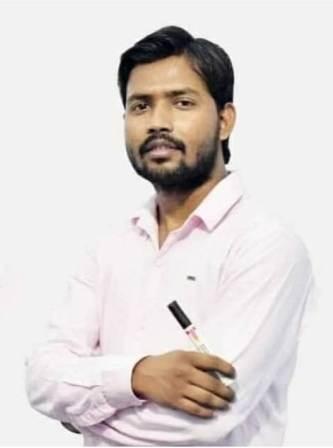 Khan sir Patna is an Indian teacher who explains the complex problem of General Science in a jiffy with his native style. He is famous in the country and around the world due to his unique style of teaching. Khan Sir Patna, one of the world’s famous teachers of YouTube, was born in December 1993 in Bhatpar Rani, Deoria, Uttar Pradesh. He received his early education from Parmar Mission School located in Bhatpar Rani, Deoria. His full name and real name is Faizal Khan.

When he was in his eighth grade, patriotism awakened in him, due to which he wanted to join the army and serve the country. He gave the entrance exam after class VIII to get admission to Sainik School but he failed. After which he completed high school and intermediate. He had been a part of the NCC from the secondary level so he got an opportunity to know more about the Indian Army.

After joining NCC, he was very keen to join the army, for which he gave the entrance exam of the National Defense Academy (NDA) after Intermediate. Being the topper in studies from the very beginning, he passed the NDA exam but unfortunately, he was not selected. After passing the examination, he failed the physical efficiency test due to crooked hands. Due to being medically unfit, his dream of joining the army could not be fulfilled.

He then moved to Allahabad (now Prayagraj) where he obtained a Bachelor of Science (B.Sc) degree from Allahabad University. He faced a lot of financial difficulties during his graduation. But with the help of his 3 friends Sonu, Pawan, and Hemant, he completed his graduation. His three friends used to help him with their pocket money. However, his friend Hemant’s financial condition was also not so good, to correct it, he used to give tuition to the children of small classes.

Due to his financial condition Khan sir too, he also joined the teaching line because of his friend Hemant. Now he along with his friend Hemant started giving tuition to the children of the younger class, due to which their financial problems were reduced to a great extent. The boy, whom Khan sir used to give home tuition, used to be very weak in his studies, but after studying tuition from him, he started coming first in the class, after which the boy’s parents were very happy with him.

Because of his friend Hemant, Khan sir joined a small coaching class as a teacher. When he first joined coaching as a teacher, he had only 6 students in his class. But Khan sir’s unique style of teaching started becoming popular among the students and in a very short time many more students started coming to his class to study.

Gradually, thousands of students enrolled in that coaching, due to which the earnings of coaching increased significantly, and the coaching management appealed to Khan sir not to reveal his name and mobile number to anyone, which he agreed to. Later, the coaching management did not like Khan sir’s teaching of children at very low fees, due to which controversy arose. After that, he left that coaching and joined another coaching.

During his post-graduation studies at Allahabad University, he taught in different coaching centers. After that, he shifted to Patna after the completion of his post-graduation degree in Master of Science (M.Sc). After shifting to Patna, he had to face a lot of difficulties in opening his coaching center. His new partners in Patna wanted to grab all his money and at one point it had come that he had only 40 rupees left. In those difficult times, he decided not to go back home, listening to his heart.

Gradually, he established his own coaching Khan GS Research Center in Patna. Initially, very few boys came to study in his coaching institute, but his methods of teaching were liked by the students and his coaching started progressing rapidly. Now the situation is such that students flock to study in one of their classes. At a time, more than 2000 children take classes in the class and some children study after standing for hours due to lack of space.

In 2019, keeping in mind the interests of students due to a large number of students, Khan sir also started his own coaching YouTube channel named Khan GS Research Center. He is very popular on YouTube because of his different style of teaching, in which he explains any topic very easily to the children in a unique and jokes style. Khan sir Patna says that

He has about 15 million subscribers on his YouTube channel where his uploaded videos get millions of views. He also launched an application for his coaching in lockdown on the Google Play Store, on which his online classes are attended by children with great enthusiasm. Sometimes the number of students is so high that their app crashes.

Apart from this, Khan sir Patna has also written competitive books on many important subjects like General Science, and Political Science, which are available on online e-commerce websites like Amazon and Flipkart.

Khan sir Patna’s age is 29 years old in the year 2023. He is a well-known teacher who is known for making students understand any topic in very simple language. He looks like a very fit person and likes to eat green vegetables in food. Apart from this, he also takes nutritious things so that he can stay healthy.

Khan Sir Patna’s height is 5 feet 5 inches, which is 165 cm. His body weight is 67 kg and Khan’s body measurement is not known. His eye color is Black and his hair color is Black.

Khan sir was born in a middle-class family. His entire family believes in the religion of Islam and also worships in the court of Allah. Khan sir Patna’s father’s name is not known but he is a contractor and his mother’s name is also not known and she is a housewife. Khan sir’s grandfather Iqbal Ahmed Khan was a teacher. He used to teach children as a teacher at Parmar Mission School in Bhatpar Rani.

Apart from his parents, he also has a younger brother who is a commando in the Indian Army. Talking about his marital status, he is already engaged. His fiancee is an alumnus of Banaras Hindu University (BHU). Khan sir Patna has not been able to get married due to the lockdown, but he will soon tie the knot once the situation returns to normal.

Talking about the total net worth of Khan sir Patna, the information about his total net worth is not available yet. His main source of income is his coaching institute in which he is involved as a teacher. Due to his high popularity, thousands of children come to study from which he charges a nominal fee.

Apart from this, he has a YouTube channel of coaching, which has more than 15 million subscribers, where he uploads videos of online classes, which get millions of views, which earns him around ₹15 lakhs every month. He donates most of his earnings to the poor and public welfare. He also earns money through subscribers through his app.

Khan sir Patna’s account is not present on Instagram and Facebook. They are not yet covered by Wikipedia on their page. But he is present on Twitter where he keeps sharing his thoughts with people through his tweets. In the table below, we have shared the links of all his social media profiles with you, by clicking on them you will be able to access his profile page directly.

Khan sir Patna has also had a long association with controversies. Talking about his recent controversies, Khan sir Patna’s video of RRB NTPC CBT-1 exam result analysis is becoming fiercely viral across the country. In this video, he is explaining to the students and youth preparing for competitive examinations the alleged mess of RRB NTPC exam results, and ways to fight and agitate for their rights.

Considering the video’s provocative, the administration has registered a case against him and has also started proceedings. It is not that Khan sir Patna has come to controversies for the first time this time. Earlier, he was embroiled in controversies due to his YouTube videos. Khan sir Patna has mastered in teaching GS topics by making it easy in an indigenous way.

They make videos of these and put them on YouTube. He has more than 1 crore 40 lakh subscribers on his YouTube channel. Now Khan sir was embroiled in controversies because of his videos. It happened that on April 24, some controversial clips of his videos posted on France-Pakistan relations started going viral.

In which he tells one place that protests are going on in Pakistan to send the French ambassador back from the country and children are also taking part in these protests. Pointing to the picture of the child protesting here, Khan sir Patna says that.

He further said that

Disclaimer: All images are available on the Khan Sir Patna fan-made Instagram Account. Images can be taken from his official Instagram account for educational purposes. Image Credit goes to the respective owners of the Image Creator. We try to gather accurate data but sometimes there might be some mistakes, Kindly let us know if you find mistakes, and we would correct them. We do not take any Guarantee/Claim That the information we have gathered is 100% correct.

This is the latest information on Khan Sir Patna Biography, Real Name, Age, Education, Family, Wife, Book, App, Net Worth & More. Share this post with your friends and keep visiting us on celebwale.com for famous personalities and trending people’s biography with updated details. If you have any thoughts, experiences, or suggestions regarding this post or our website. you can feel free to share your thought with us.