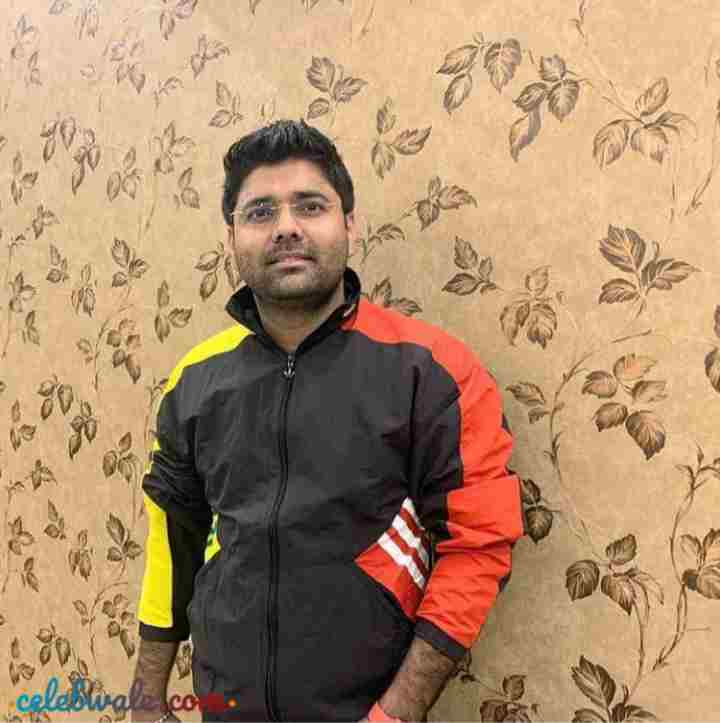 Abhinay Sharma was born on 19 November 1990 in a small village in Bulandshahr, Uttar Pradesh. Sharma did his schooling at a rural school in the village where there were no walls around the school. Somehow he completed his studies up to class 5, from childhood, Sharma’s mind was very much sharp in mathematics. He scored 100 percent marks in Mathematics in his 10th board examination.

After that, he also completed his graduation in the year 2012 passing with good marks in the Intermediate Examination. He was very meritorious in his study, and his father also wanted him to join the civil service later, so he came to Delhi to prepare for UPSC. He had never gone outside his house alone, so he shifted to a small room in Greater Noida with his entire family.

He studied there and used to walk 3 kilometers from Mukherjee Nagar to his coaching model town. In the year 2012, he passed the prelims exam of UPSC. Staying in Mukherjee Nagar, he started taking extra classes so that he could earn a lot of money and send it to the family. But gradually by the end of 2012, he was selected for SSC.

After getting selected for SSC, he thought that with a government job, he can just bear his and his family’s expenses, but cannot fulfill his dreams. After this, he left his SSC job and started teaching, and in 2013 he woke up overnight and wrote a book called a play with advance math.

In 2014, Abhinay Sharma also published his book but he did not get success with the book, he did not sell any copies of the book, and his book was not a hit at all. As time passed and 2016 came, this year he thought that now he needs to take a break, that his selection was done in the exercise and his job took place in Mumbai, after 5 to 6 months of work there, excise He also quit his job and came back to Delhi with a flight.

Abhinay Sharma is from Bulandshahr, Abhinay told to Unacademy in an interview that he belongs to a village, where he first learned English from ABCD Class 6th Class, his village was very backward. Where there was absolutely no craze for writing studies, hardly any child from their village would have got a government job.

Since childhood, Abhinay Sharma had a dream that: he can do something for this village, so he did not do a job in TCS in 2012, for which many students are still eager. He has considered his father to be his inspiration, and he has given much inspiration to Abhinay, but see today, millions of students consider him a Motivation Guru.

You will be surprised to know that the mother of this teacher who gave knowledge to millions of students, never even saw the school gate. But still, he constantly insisted on Abhinay moving forward in life and for education. Abhinay says that his father wanted to see him engaged in the UPSC job, Abhinaya did prepare for UPSC at the behest of his father, but his real goal was something else, so he did not succeed in the UPSC exam.

In 2012 and 2013, he sat in the UPSC exam to give papers on Maths Subjects, but he was not successful. One of the biggest reasons for Upsc’s failure was that due to financial pressure, he started teaching, so he could not focus all his attention on UPSC. Abhinay said that like a common youth, he had the same dream that he should have a home in the city, and be respected !! Sharma has shown himself on his own today. Selection is not a success in what you want to do, it is a success.

Abhinaya says: English is not as important in your life as Maths, Maths teaches you everything. Maths opens your mind, and your IQ level is also judged by Maths. Acting the way of the Hindi language, he says: There can be no better language than Hindi for heart-to-heart conversation, if you are Hindustani and you love Hindi, then you must have liked it very much.

There was a time when: Nobody buys Abhinay Sir’s Maths book, but today Abhinay Sir’s Maths book is a fan of millions of Play Withs Maths, and many students have also got SSC Govt Jobs after reading it. Abhinay Sir, SSC Cgl, CHSL Exam, Crack does not consider success, he says, if success in an exam was a success then why should so many people quit their jobs?

Abhinay Sir has given all these answers on Unacamedy, Maths and English have an important role for SSC Cgl Exam, if you are focusing on Mains, then your Chances increase in getting the job in SSC CGL. If your age is still less, then you continue preparing with Basic Level.

You may have noticed that many teachers are seen speaking big words for the preparation of English, to which Abhinay Sir says, – Many teachers say that read the Hindu News Paper for UPSC preparation, which itself is something about The Hindu do not know! Just listen and keep telling the thing, Hey the Hindu will read if the selection will happen or will not!

Abhinay Sharma’s age is just 32 years old in 2023. Talking about the physical appearance of his body, Abhinay’s height is 5 feet 7 inches, which is 170 cm. His body weight is 69 kg and Abhinay’s body measurement is not known. His eye color is black and his hair color is also black.

Abhinay Sharma was born into a lower-middle-class family that believes in Hindu deities. Abhinay Sharma’s father’s name is Omprakash Mehra and he works in the private sector. Her mother’s name is not known and she is a Homemaker. Apart from his parents in his family, Abhinay has an elder brother name is Abhishek Sharma who is also working in the private sector. He also has no affair with anyone.

Talking about Abhinay’s favorite things, His favorite singer is Arjit Singh. And he follows the two main famous personalities which are Swami Vivekanand and APJ Abdul Kalam. He also loves to read books and travel. His Instagram account is full of photos of his Youtube video, walking, and singing, you can go and check. His favorite destination is Kashmir. Below we have given their favorite things in the list table, you must check once.

Abhinay has a net worth of $500k- $1 Million. He has owned a new Mercedez Benz car. Abhinay Sharam also bought a flat in Delhi and Noida.

He is also available on Twitter and he has more than 80k followers on Twitter. He keeps updating his photos and shows related information on his Instagram account. He is not covered by Wikipedia. Abhinay Sharma is also available on Youtube with the name Abhinay Maths. Here we are giving you the links to all their social media accounts related to Abhinaya Sharma in the table below. By clicking on that link directly, you will reach their social media page and you can follow them if you want.

Abhinay Abhinay Sharma has launched a campaign on Twitter #modi_rojgar_do. This hashtag trended in the top 5 worldwide and received over 2.5 million tweets. Abhinaya is a math teacher who takes classes at Unacademy and prepares children on YouTube for government exams like UPSC and SSC.

Abhinay has objected to the results of the SSC exam this time and she said that even the children who got 200 out of 200 were not selected for SSC, and the children who failed the exam SSC will declare their exam number after 3 months. He is claiming corruption in SSC and says that the government needs to work in the right direction in the field of employment. He is also demanding that the SSC Main Exam be conducted again. You can see this in the YouTube video above. You must watch this video.

Some Interesting Facts About Abhinay Sharma:

Disclaimer: All images are available on Abhinay Sharma’s official Instagram Account. Images can be taken from his official Instagram account for educational purposes. Image Credit goes to the respective owners of the Image Creator. We try to gather accurate data but sometimes there might be some mistakes, Kindly let us know if you find mistakes, and we would correct them. We do not take any Guarantee/Claim That the information we have gathered is 100% correct.

This is the full details on Abhinay Sharma Biography, Age, Height, Father, Family, Wife, Net Worth & More. Share this post with your friends and keep visiting us on celebwale.com for famous personalities and trending people’s biography with updated details. If you have any thoughts, experiences, or suggestions regarding this post or our website. you can feel free to share your thought with us.