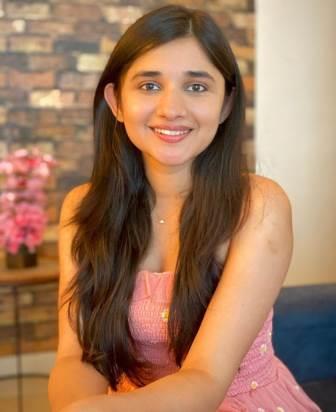 Kanika Mann is a popular Indian television actress known for her role in the Zee TV serial Guddan Tumse Na Ho Payega. She was born on 7 October 1993 in Panipat, Haryana. He did his early education at MJR Public School located in Huda, Panipat. After that, he studied LLB at Panjab University. She walked the ramp for the first time at her college function and it was the beginning of her modeling career.

After that, he focused on his acting career along with his master’s studies. In 2015, she won the title of Miss Continental in the Miss India Elite 2015 contest. In the same year, she made her debut as a model in Shari Mann’s Punjabi music video Roohafza.

She first came into the limelight when she played the character of Guddan in the Zee TV serial Guddan Tumse Na Ho Payega. In 2022, she will be seen as a contestant in Colors TV’s popular stunt reality show Khatron Ke Khiladi season 12.

Kanika Mann age is 29 years old in 2023. She is one of the most beautiful actresses in the TV industry. She is very conscious about her fitness and keeps sharing videos of her workouts on social media. She works out for hours in the gym and reduces the weight of her muscles by doing various exercises.

Kanika was born in an upper-middle-class family. His family believes in Hinduism and worships Hindu deities. Kanika Mann’s father’s name is Kanwar Jeet Singh and her mother’s name is Sudesh Mann. Apart from his parents in his house, his elder brother’s name is Abhijeet Mann, and his sister’s name is Simran Mann. Kanika’s marital status is currently unmarried and if rumors are to be believed, earlier she was in a relationship with her ex-boyfriend Nishant Malkani.

The total net worth of Kanika Mann is around ₹3 crores. She is one of the most beautiful young actresses in the TV industry who rules the hearts of the TV audience. Her following on social media is tremendous and more than 7 million followers follow him on Instagram. She promotes many brands through her social media pages, for which she charges up to lakhs of rupees.

Her main source of earnings is from acting in Hindi TV serials. She charges around ₹60k per episode. Kanika is also appearing as a contestant in Colors TV’s stunt reality show Khatron Ke Khiladi season 12 where she is charging ₹4 lakh per week.

Some Interesting Facts About Kanika Mann:

Que. Why is Kanika Mann famous?

Ans. Kanika is a popular tv actress who’s famous for her role in Guddan in the serial Guddan Tumse Na Ho Payega in 2018.

Que. What is the real age of Kanika Mann?

This is the full details on Kanika Mann Biography, Age, Height, Husband, Parents, Net Worth & More. Share this post with your friends and keep visiting us on celebwale.com for famous personalities and trending people’s biography with updated details. If you have any thoughts, experiences, or suggestions regarding this post or our website. you can feel free to share your thought with us.