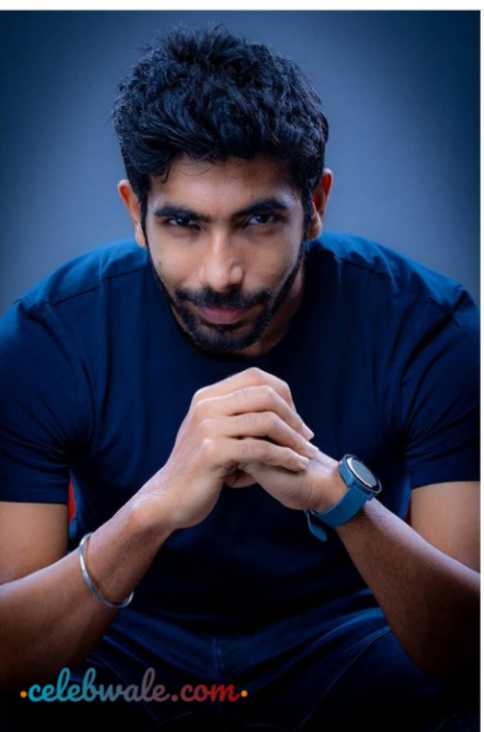 Jasprit Bumrah was born on 6 December 1993 in Ahmedabad Gujarat. His father died when he was just 5 years old. After his father passed away, his mother Daljit Bumrah raised him. She worked as a principal in a private school and used to support her family with the salary she received. Bumrah did his early education at a private school in Ahmedabad. After this, he got his tenth education from Nirman High School.

After this, he also completed his intermediate education in Ahmedabad. Bumrah was very fond of cricket since childhood and his coach Kishore Trivedi informed Bumrah about the nuances of cricket. Jasprit Bamrah’s childhood was spent with a lot of trouble, but he never let his attention get away from cricket. Bumrah started playing cricket during his school time when his coach Kishore Trivedi taught him the tricks to bowl.

He emerged as a brilliant fast bowler at his school level. Bumrah got a chance to make his T20 debut against Maharashtra in the Syed Mushtaq Ali Trophy to be held in 2012/13. Where this right-handed fast-medium pacer Bumrah of Gujarat won the title of man of the match due to his unusual bowling action.

After this, Gujarat faced Punjab in the final, in that match, the Gujarat fast bowler, bowling with his orthodox action, took 3 wickets for 14 runs, which led his team to beat Punjab in the final and won the Syed Mushtaq Ali Trophy. After this spectacular performance of Bumrah, he was included in his team in the IPL 2013 at the behest of coach John Wright.

Coach John Wright was the first person who recognized Bumrah’s brilliant talent and included him in the squad of Mumbai Indians. Alamgir Jasprit Bumrah played all two matches for Pepsi IPL 2013 Main Mumbai Indians but he finished the season with three wickets for 32 runs against RCB. Bumrah then made his debut against Vidarbha during 2013-14 playing first-class cricket for Gujarat.

He took more than 7 wickets in that match and finished as the leading wicket-taker in the tournament. Subsequently, when Mumbai Indians saw their impressive first-class cricket performance, they agreed to buy back for the PEPSI IPL 2014 season. Bumrah has been an integral part of the Mumbai Indians team since then. He has performed brilliantly in many matches for the Mumbai Indians team so far, which has won his team.

Jasprit Bumrah is a star bowler of the Indian international cricket team, who has defeated many batsmen with their unorthodox bowling action. His yorker balls have no break with the batsmen so they dominate the batsmen. In 2016, when the Indian cricket team led by Mahendra Singh Dhoni was going on a tour to Australia, Bumrah was not selected for the team.

But later the main fast bowler Mohammed Shami was injured due to which Bumrah got an opportunity to join the Indian cricket team and he went on an Australian tour with the Indian team at that time. Where he started his international cricket career against Australia at the Adelaide ground. In his first match, Bumrah bowled 3.3 overs in which he took three wickets for 23 runs and broke the back of the Australian batsmen.

Throughout the series, Australian batsmen had no response to Bumrah’s accurate yorker and accurate line-length balls. On this tour, Team India created history by defeating the Australian team by 3.0 in the T20 series and fast bowler Jasprit Bumrah emerged as the main bowler of the tour. Mahendra Singh Dhoni, who was the captain of the Indian team at the time, praised Bumrah very strongly as well as where he discovered the tour.

With this spectacular performance, Bumrah made his place in the Indian cricket team for the 2016 World Cup T20. So far, Bumrah’s bowling career has been extremely brilliant, whether, in international cricket or IPL cricket, Bumrah has performed brilliantly with his bowling.

He has currently become a leading bowler of the Indian cricket team and he is a prominent bowler for the Mumbai Indians in the IPL. Bumrah’s childhood bowling coach has been Kishore Trivedi who taught Bumrah to bowl with a good line length.

Jasprit Bumrah’s age is 29 years old in 2023, he has a big role in fitness in his life because he is a great cricketer. To play cricket, along with being fit and fine, good fitness is also required. They have to work hard in the gym for hours every day and also have to practice. Due to this, their body is maintained.

He takes extremely scrupulous meals to keep himself fit so that he does not suffer any physical deficiency and he can meet the fitness standards set by the BCCI. Bumrah’s look is excellent, and he has made his body strong through hard work in the gym so that he can look very smart.

Jasprit Bumrah’s height is 5 feet 9 inches, which is 175 centimeters. His body weight is about 70kg, he takes a proper diet to keep his body fit so that his body measurement is 38-30-12. His eye color is black color, and his hair color is also black.

Bumrah was born into a middle-class Sikh family. Bumrah’s father’s name was Late Jasbir Singh. When Bumrah was 7 years old, his father died and his mother Daljit Kaur raised him alone. His mother worked as a principal at Nirman High School, Ahmedabad. Apart from his mother, an elder sister Juhika Bumrah also lives in his house.

After marrying Sanjana Ganesan, he put a full stop to all the speculation of his being in a relationship with South Indian actress Anupama Parameswaran. Jasprit Bumrah’s wife’s name is Sanjana Ganesan.

Talking about Bumrah’s favorite things, his favorite batsman Sachin Tendulkar is AB de Villiers and Virender Sehwag. His favorite bowlers are Lasith Malinga and Zaheer Khan. He has helped Bumrah immensely in improving his bowling in the IPL. Lasith Malinga taught Bumrah the art of pouring the exact yorker, as well as how you can throw six hair yorkers at the age of six.

Talking about his favorite Bollywood actor, he likes Bollywood emperor Amitabh Bachchan and his favorite actress is Deepika Padukone. Sathi is also very fond of food and drink and he is very much a lover of Gujarati food Dhokla.

Jasprit is very active on his social media accounts, on which he continues to promote his brand and he is very popular among his fans. He has become a youth icon of the young cricketer in the country. On his Instagram, he keeps sharing his fitness-related videos and photos with his fans. If they want to reach any message to their fans, then they use their social media accounts only. If you have not yet followed Jasprit Bumrah’s Twitter and Instagram accounts, then the link below is given.

Some Interesting Facts About Jasprit Bumrah:

Disclaimer: All images are available on Jasprit Bumrah’s official Instagram Account. Images are being taken from his official Instagram account for educational purposes. Image Credit goes to the respective owners of the Image Creator. We try to gather accurate data but sometimes there might be some mistakes, Kindly let us know if you find mistakes, and we would correct them. We do not take any Guarantee/Claim That the information we have gathered is 100% correct.

This is the latest information on Jasprit Bumrah Biography, Age, Wife, Family, Net Worth & More. Please share this post with your friends and keep visiting us on celebwale.com for famous personalities and trending people’s biography with updated details. If you have any thoughts, experiences, or suggestions regarding this post or our website. you can feel free to share your thought with us.