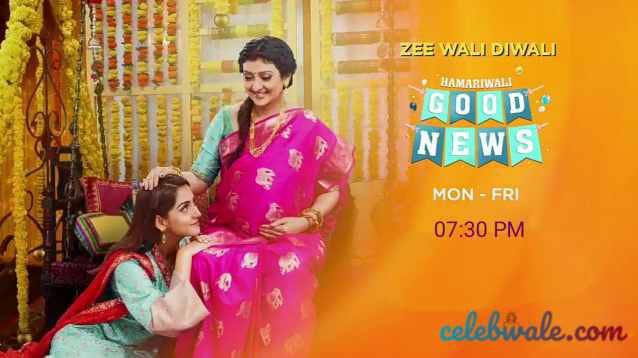 About Storyline of the Hamari Wali Good News tv Serial:

The winner of the fifth season of the TV reality show ‘Bigg Boss’ and well-known TV actress Juhi Parmar is coming back with a new show. This show is also new and its ideology too.

The show’s ideology is very challenging but, Juhi considers it a positive effort, not a challenge. She says on this issue, ‘Every mother-in-law has two options about her daughter-in-law, either she can hear her daughter-in-law on every issue or support her in everything.

If the issue of this serial is viewed from a positive perspective, then it may inspire many lawmakers to change their attitude towards their daughter-in-law. Seeing this, she can think that if I can do this with my daughter-in-law in my character then why not the other mother-in-law? ‘

Juhi further says, ‘Everyone wants her daughter-in-law to give birth to a child in her house. But, when she comes to know that it is impossible for her daughter-in-law, instead of cursing her, if the mother-in-law herself comes forward and decides to do the work that her daughter-in-law cannot do, then she will do it herself, then it is a high thought It is, at the same time, in the eyes of the world, it is also an example. I hope that after watching this show, many daughters-in-law can say that their mother-in-law’s attitude and attitude towards them changed.

This is the full details on Hamari Wali Good News tv Serial Cast, Sab TV New Show, Telecast Time, Episodes & More. Share this post with your friends and keep visiting us on celebwale.com for such an entertaining post. If you have any thoughts, experiences, or suggestions regarding this post or our website. you can feel free to share your thought with us.