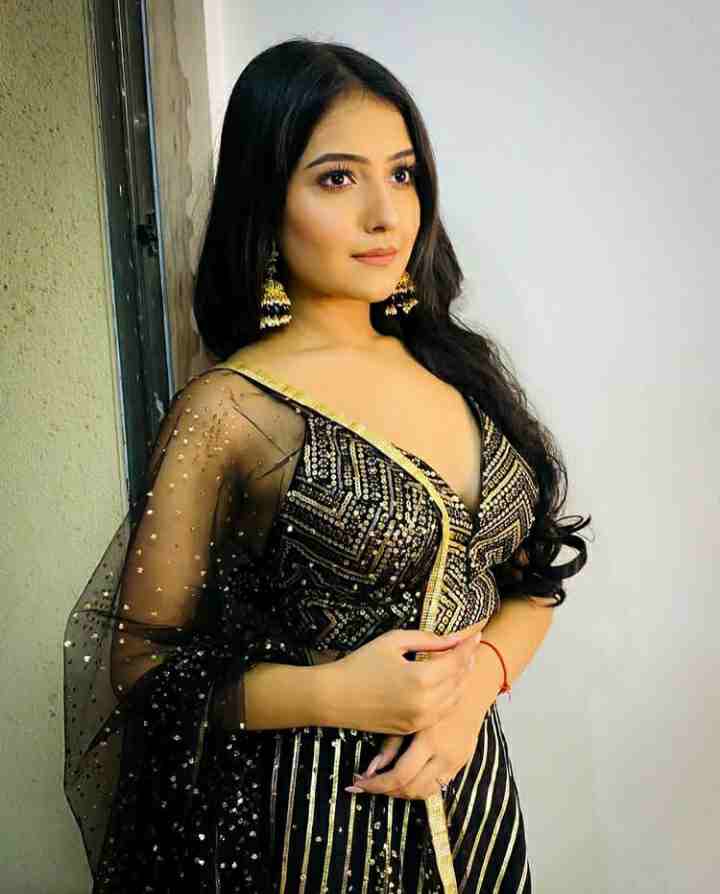 Akshita Mudgal was born on 9 July 2002 in Agra, Uttar Pradesh, India. She did her early childhood education in Agra. She wanted to become an actress since childhood. Due to her father being a bank manager, he used to transfer to different parts of the country.

When Akshitha was very young, her father was transferred to Mumbai city. Akshita started becoming an actress from Mumbai, she started auditioning on TV at the age of 9. At the age of 9, Akshita auditioned for the dance reality show Dance India Dance Season 2, which was telecasted in the year 2012 on Zee tv.

Her dance at the show’s audition was so good that she was included in the show as a contestant. In this show, she established herself as a child actor. She then got a chance to work on Sony TV’s crime show Crime Patrol, where she worked in more than 50 episodes in this crime show.

Akshitha worked in a Kannada movie Ugramm during this period, which was released in the year 2014. Akshitha then worked in the UTV serial Zindagi Wins which aired on UTV Bindass in the year 2015. In the year 2015 itself, she made a Bollywood movie debut with a small character was seen in the movie Mr. X and Brothers.

Akshita Mudgal is a young Indian television actress who gained popularity by playing the lead role of Gayatri Thakkar Gokhale in SAB TV’s popular serial Bhakarwadi. She has worked in many TV serials and has made a place in the heart of the audience with her brilliant acting.

She has also appeared in more than 50 episodes on Sony TV’s crime show Crime Patrol. She was Serial Maker’s first choice as a child actor on TV. In 2020, she has been also worked in a short movie named Exit. In the year 2021, the serial Ishk Par Zor Nahi to be aired on Sony TV, in which she will be seen in the lead role of Ishqi.

She played the role of a modern girl in this serial. The trailer of this serial is very much liked by the people and in the trailer, she is seen playing a very beautiful and brilliant role. In this serial, her opposite TV actor Param Singh will be seen.

Akshita is the best friend of Akshay Kelkar and also rumors say she is in love with him. Both are played the lead role in the SAB tv serial Bhakharwadi. Both of them share their pictures of enjoyment and partying on her/his Instagram account also.

Akshita Mudgal’s age is just 19 years old in 2021. She is one of the beautiful actresses in the TV industry. Her acting in the TV serial is well-liked by the people. She pays great attention to her looks and body so that she looks good. She goes to the gym daily to keep herself fit, where she exercises for hours.

She keeps eating a healthy diet, nappy food, and fruits and vegetables to maintain her health. She is one of the most beautiful actresses in the Indian Television Industry. Her height is 5’5″ feet or 167 cm and her body weight is around 53 Kg or 116 lbs. She has beautiful long black hair color and black eyes.

Akshita Mudgal was born into a thriving Hindu family. She worships Hindu deities and believes in Hinduism. Akshita Mudgal’s father is named Jitendra Kumar Mudgal who works as the branch manager of the Central Bank of India. Akshita Mudgal’s mother’s name is Lata Mudgal, a housewife.

In addition to her parents in Akshita’s family, she also has a brother named Abhishek Mudgal who is an event manager. Akshitha’s sister’s name is Priyanka Mudgal. Talking about Akshita Mudgal’s affair, her name has not yet been linked to anyone. She is very young who is just focusing on her career. Her boyfriend’s name is not known.

Akshita Mudgal travels from Agra, Uttar Pradesh, and had a childhood in Agra. After this, she moved to Mumbai from where her father attended high school and intermediate, as her father was transferred to Mumbai. The name of Akshitha’s school and college could not be known.

Akshita Mudgal all favorite things, we have given in the table.

Here are given the username of various social media platforms of Akshita Mudgal Instagram, Facebook, and Wikipedia links. Akshita Mudgal keeps sharing her photos with her fans.

Akshita’s account is present on all social media platforms, where she keeps uploading her photos modeling technic, a short video that keeps her in the headlines. Below we are sharing the links of all their social media accounts with you, by clicking on which you will be able to access their profile directly.

Akshita is not covered by Wikipedia and also she is not available on Twitter. In the below table, we provided you other various links which you must click on them and also follow her page.

She takes charge INR 35k to/- 50k approximately for each episode of Tv Serials. According to some reports, Her total net worth in 2020 is approximately over INR 1 – 3 Crores.

Akshita Mudgal has worked in many TV serials. She played Gayatri Thakkar in SAB TV’s popular serial Bhakarwadi and made a place in the hearts of the audience. Akshitha acted in more than 50 episodes on Sony TV’s crime show Crime Patrol. In the year 2021, she will be seen in the lead role of Ishqi in the Sony TV serial Ishq Jaar Nahin Nahin.

Apart from TV serials, she has also worked in movies. She made her film debut in the Kannada movie Ugramm. After this, she appeared in a small role in the 2015 Bollywood film Mr. X and Brothers. Below we are giving the names of all their TV serials and movies on the table, which you must read once.

Some interesting fact about Akshita Mudgal:

This is the latest information on Akshita Mudgal Biography, Wiki, Age, Height, Father, Family, Education, Affair, Birthday, Religion, Tv Shows, Net Worth & More. Share this post with your friends and keep visiting us on celebwale.com for famous personalities and trending people’s biography with updated details. If you have any thoughts, experiences, or suggestions regarding this post or our website. you can feel free to share your thought with us.