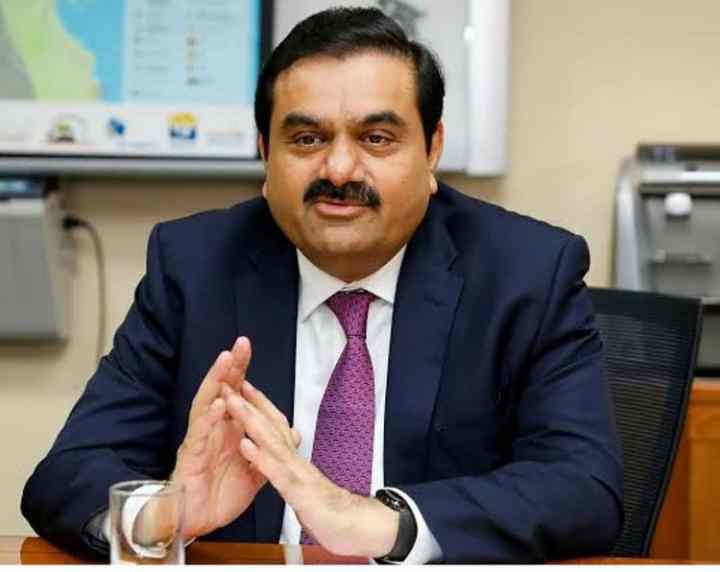 Gautam Adani was born on 24 June 1962 in Ahmedabad, Gujarat. His full name is Gautam Shantilal Adani. He completed his childhood studies in Ahmedabad. Adani joined Gujarat University after completing his high school and intermediate education from Ahmedabad.

Due to a lack of interest in his commerce studies at Gujarat University, he had decided to leave the college in the second year. After this, he left his graduation incomplete. Adani’s father had a textile business, so that Adani was also impressed and wanted to do business further, which is why he decided to leave his studies and do business.

Gautam Adani had no interest in his father’s textile business but wanted to do a business for which he moved to Mumbai in 1978 as a teenager. After coming to Mumbai, he worked as a diamond sorter for Mahendra Brothers for 2 to 3 years. After working here with Mahendra Brothers, he set up his own diamond brokerage firm in Zaveri Bazar Mumbai.

After this, he also went on a tour of South Korea where he had successfully done a deal to import PVC. In 1985, he started exporting primary polymer for small industries, then in 1988, Adani founded Exports Limited, now known as Adani Enterprises Limited.

Adani Enterprises Limited is a holding company of the Adani Group that deals primarily in agriculture and power commodities. Subsequently, in 1991, Economic Policies were further liberalized to expand the role of private and foreign investment in the country in the economic policies implemented by the Government of India.

The reshuffling of the economic liberalization policies undertaken by the government in 1991 brought a huge benefit to the Adani Group. These liberal policies of the government became favorable to his company and he started expanding business in the trade of metals, textiles, and agricultural products.

After this, in 1994, the Government of Gujarat took out the tender of managerial outsourcing of Mundra Port, which was won by Adani in 1995 with the largest bidding contract. In 1995, Adani established its first jetty which was originally operated by Mundra Port and Special Economic, later its operations were transferred to Adani Ports and SEZ Limited (APSEZ).

He took Mundra Port to great heights and made it India’s largest private-sector port with a total capacity of 210 million turn cargo per year. In 1996, another new business was added to the Adani Group, Adani established the power business arm of Adani Power Limited that year.

Adani Power Plant is the largest private power generating company in India today with a thermal power plant with a capacity of 4620 MW. In the year 2006, Adani entered the power generation business which soon became India’s largest power generation company. He acquired Abbott Point Port in Australia and Carmichael Coal in Queensland from 2009 to 2012.

The contract for the 8000 MW photovoltaic power plant project taken out by Solar Energy Corporation of India in May 2020 was won by Adani with the world’s largest solar bid of $ 6 billion. This photovoltage power plant project of Solar Energy Corporation of India will be completed by Adanigreen and Adani Solar will install 2000 megawatts of additional solar cell and module manufacturing capacity.

Gautam Adani is an Indian billionaire industrialist who is the founder and chairman of the Adani Group. The Adani Group is an Ahmedabad-based multinational conglomerate involved in the development and operation of ports in India.

Most recently, his family’s total assets released by Forbes on 13 March 2021 have been reported to be approximately US $ 49.9 billion. With his net profit of US $ 12.2 billion in the previous year, he also surpassed the likes of Elon Musk and Jeff Bezos.

Gautam Adani is also the second richest person in India. Last year in 2019, he jumped one place to the third position. He was ranked as the third most powerful person in India by India Today in 2019.

His Adani Foundation, founded in 1996, which the Adani Group funds for many social causes. His Adani group performs a number of tasks such as education, food, promoting rural infrastructure, and providing livelihood opportunities to the poverty-stricken masses.

Adani saw the terrorist 15 feet away from him and to save his life he was hiding in the kitchen and toilet for hours. Later, he was safely evacuated from the hotel by the Indian Army at 8:45 am. Gautam Adani is scared to even today by remembering that incident.

Gautam Adani age is 58 years old in 2021 and is the second richest businessman in the country. He does yoga to keep himself fit and takes nappy food.

Gautam Adani’s height is 5 feet 6 inches, which is 168 centimeters. His body weight is about 85 kg, he takes a proper diet to keep his body fit so that his body measurement is not known. His eye color is black color, and his hair color is also black.

His parents first lived in the city of Tharad in the northern part of Gujarat, later he left the city of Tharad and moved to Ahmedabad. Gautam Adani’s brothers are named Mahasukh Adani, Vinod Adani, Vasant S. Adani, Rajesh Shantilal Adani. The names of his two sisters are yet to be ascertained.

Gautam Adani’s marital status is married. He was married to Preeti Adani, who is also a dental surgeon and a trustee of the Adani Group of Companies. Gautam Adani has two sons named Karan Adani and Jeet Adani. His elder son Karan Adani is also married, so he has a daughter. Gautam Adani’s granddaughter’s name is Anuradha Karan Adani.

Gautam Adani was born in Northern Part Tharad, Gujarat, when he was young when his father shifted from Tharad to Ahmedabad. Adani’s early education was completed in Ahmedabad, after which he completed his high school education from Seth Chimanlal Nagin Das Vidyalaya School, Ahmedabad.

Being a textile business father, he also had a desire to do business from the beginning, so he left his college in the second year without taking his graduation degree. After leaving college, he went straight to Mumbai where he worked as a diamond sorter for Mahindra Brothers.

Talking about Gautam Adani’s car collection, he has more than one luxury car out of which his favorite car is Red Ferrari in which he loves to roam.

Gautam Adani’s account is available on Instagram and Twitter, India’s second-richest businessman. If you want to connect with them now, then we are sharing the links of all their social media accounts with you below, you can click on them and follow them.

Some Interesting Fact About Gautam Adani: