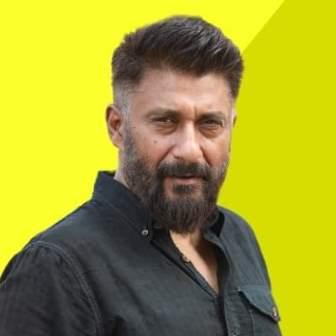 Vivek Agnihotri is an Indian film director and screenwriter known primarily for his film The Tashkent Files. But in 2022, his film The Kashmir Files created history in Indian cinema. His film was released in theaters without any big star promotion. A very simple film and a film on the issue of the exodus of Kashmiri Pandits from Kashmir and their genocide created history at the box office.

The film, directed by him, brought the massacre of Kashmiri Pandits on the big screen very well, for which he was highly appreciated. About 3 lakh users have given this 10/10 IMDb star which is more than or equal to any big movie. Vivek Agnihotri was born on 10 January 1973 in Gwalior, Madhya Pradesh. His full name is Vivek Ranjan Agnihotri.

Later, his father shifted with his family to Bhopal after becoming the Vice-Chancellor of Bhopal University where Vivek had his early education. He completed his graduation from Bhopal School of Social Sciences and went to Delhi for a master’s. He completed his Masters’s from Jawaharlal Nehru University in Delhi. He studied advertising at the Indian Institute of Mass Communication in Delhi itself.

Apart from this, Vivek also did a course in Organization and Management from Harvard University. Later he came back and started making ad films in Mumbai. After working in Ad, he directed and produced many television serials. After this, Agnihotri made her debut in the Bollywood industry by directing the Bollywood film Chocolate for the first time in 2005. The film was a remake of the 1995 film The Usual Suspect.

He later directed Bollywood movies like Dhan Dhana Dhan Goal, Hate Story, Zid, Buddha in a Traffic Jam, Junooniyat, The Tashkent Files, and The Kashmir Files. In 2017 Agnihotri was selected as the convener by the Ministry of Information and Broadcasting in the Preview Committee of the 48th International Film Festival of India.

In the same year, he was also selected as a board member in the Central Board of Film Certification (CBFC) of India. In 2018, Agnihotri wrote a book titled Urban Naxals: The Making of Budha in a Traffic Jam, in which he described individuals in academia and the media who allegedly colluded with Naxals to overthrow the Indian government. Such persons are a kind of invisible enemy of India. His upcoming movie is The Delhi Files.

Vivek Agnihotri’s age is 48 years old in the year 2022. He is a brilliant director, writer, and producer of the Indian film industry who takes special care of his fitness along with directing films. He keeps doing light exercises to keep himself fit so that he can stay fit.

Vivek Agnihotri’s height is 5 feet 7 inches, which is equal to 170 centimeters. Agnihotri’s body weight is about 62 kg, he takes a proper diet to keep his body fit so that his body measurement is 40-34-12. His eye color is Black, and his hair color is also Black.

Vivek was born in a prosperous Hindu Brahmin family of Gwalior. His father Prabhudayal Agnihotri was a resident of Dhanora, Shahjahanpur, Uttar Pradesh. He is a well-known writer, who has written more than 60 books on Sanskrit and Hindi literature. Due to his special talent, he was also the Vice-Chancellor of Jabalpur University and he was also made the first secretary of Hindi Granth Academy, Madhya Pradesh.

Vivek’s mother’s name is Sharda Agnihotri. Apart from parents in his family, there is a sister named Muniya. Talking about his marital status, he is married. He married his girlfriend Pallavi Joshi on 28 June 1997. Vivek and Pallavi met at a rock concert in the 1990s. Both did not know each other before and were getting bored in that concert after which Vivek brought Pallavi something to drink.

During that time Vivek used to make ad films. But slowly Vivek and Pallavi started connecting and both got to know each other very well on a personal and professional level. After that, both of them dated each other for about 3 years and finally got married on 28 June 1997. Vivek and Pallavi also have 2 children named Manan Agnihotri and Malika Agnihotri.

The total net worth of Vivek Agnihotri ranges from around ₹15 crores to ₹20 crores. He is known for directing films. Recently, his new film The Kashmir Files is making tremendous records at the box office.

Some Interesting Fact About Vivek Agnihotri:

This is the full details on Vivek Agnihotri Family, Biography, Wiki, Age, Wife, Children, Net Worth & More. Share this post with your friends and keep visiting us on celebwale.com for famous personalities and trending people’s biography with updated details. If you have any thoughts, experiences, or suggestions regarding this post or our website. you can feel free to share your thought with us.