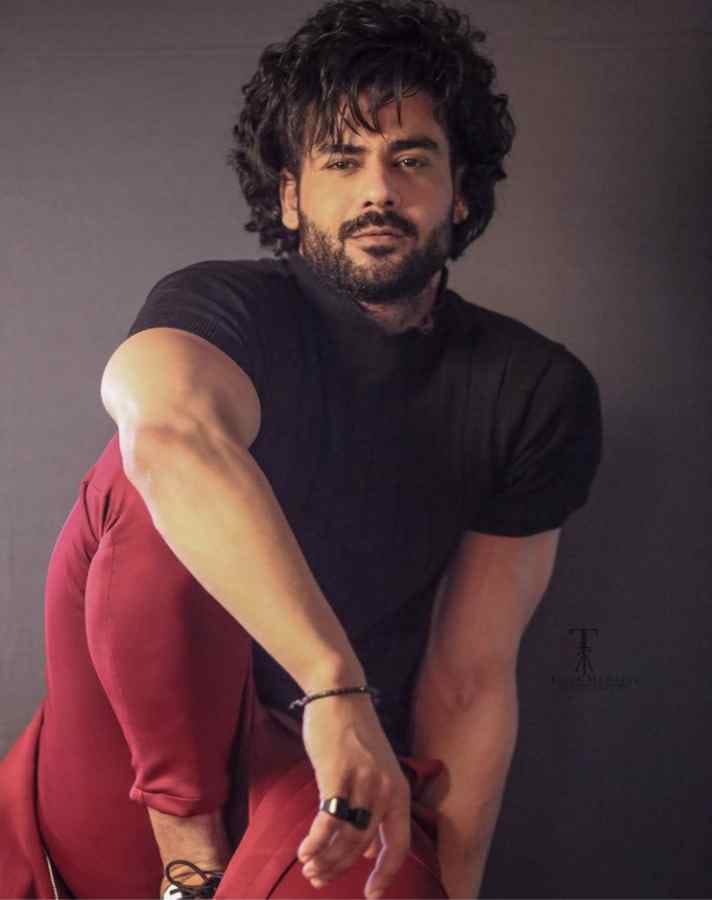 Vishal Aditya Singh is an Indian Television actor who mainly works in Hindi television serials and shows. He was born on 25 January 1988 in Arrah, Bihar, India in a middle-class family. He did his schooling at a local school in Bihiya, Bihar. He was a proactive student during his school days. He used to participate in sports competitions at his school.

Vishal has been a district-level cricketer as well. Initially, he started his career as a model. He wanted to be an actor which is why after doing some modeling assignments he came to Mumbai to pursue his career in acting. Eventually, Vishal Aditya Singh made his acting debut with a Bhojpuri television serial Jai Jai Shiv Shankar in 2010 which was aired on the Mahuaa TV channel.

After that, he makes his debut in the Colors tv serial Sasural Simar Ka where he played the character of Veeresh (Veeru). Subsequently, he appeared as Shashank in a historical drama show Chandragupta Maurya in 2011 and the show was telecast on Imagine TV. Singh played the role of Veeru in the TV show Sasural Simar Ka directed by Rashmi Sharma from 2012 to 2013.

The show was aired on Colors TV. In 2014, he was back with a role of a cop in the comedy show Bachchan Pandey ki Toli on the Dhamaal TV channel. Aditya has also essayed Devendra Singh Rana in a mini-series Time Machine in 2015 on Epic TV. The role of Lakhan Thakur in the TV show Begusarai season 1 in 2015 turned out to be the turning point in his career.

After this role, he achieved huge appreciation and recognition. He was lauded for this role by many artists as well as the audience. Season 2 of the TV show Begusarai started just after the culmination of season 1 in 2016 where Vishal appeared as Shakti Thakur but this time he was unsuccessful.

In June 2017, he got the lead role of king Veerendra Pratap Singh in a fantasy TV show Chandrakanta directed by Ekta Kapoor. This show was telecast on Colors TV on weekends. By the time this show ended in June 2018, he garnered high recognition and appreciation for his acting.

Later in 2018, he appeared in a musical show Kullfi Kumarr Bajewala as Singer Tevar Singh on Star plus. In July 2019, Vishal took part as a celebrity contestant in the dance reality shows Nach Baliye season 9 with Madhurima Tuli. In this show, Both ended up as the second runner-up.

Thereafter, he took a wild card entry in a game reality show Bigg Boss season 13 in the same year. Unfortunately, he was evicted on day 128. Singh also featured in two music videos namely – Dil me Hindustan (related to Independence Day) and Khwabeeda (with Madhurima Tuli). Apart from these things, Vishal also loves to do some Philanthropic work.

He and some of his friends have formed a small youth group name Yuva Rising Stars. The aim of this group is to help poor and needy people. In May 2021, he arrived in Cape town for the shooting of his next reality show Fear Factor: Khatron Ke Khiladi season 11th which is a stunt-based adventure series. This show will be broadcast on the Colors TV channel in June 2021.

Vishal Aditya Singh’s age is 35 years old in 2023. He has earned a name in the TV industry due to his brilliant acting. His physical appearances are also amazing. He is a 6-foot-tall actor who looks quite impressive with his look. He keeps exercising for hours in the gym every day to keep his body maintained, and he also takes special care of his food and drinks. He likes to eat green greens, vegetables, and fruit juices.

Vishal Aditya Singh’s height is 6 feet 2 inches, which is equal to 190 centimeters. His body weight is about 88 kg, he takes a proper diet to keep his body fit so his body measurement is 44-34-16. His eye color is brown, and his hair color is Black.

Vishal was born into a middle-class Hindu family. His family is recognized in Hinduism as well as worshiping Hindu deities. Apart from this, Vishal respects all religions. Vishal Aditya Singh’s father’s name is Ajit Singh and his mother’s name is Bina Singh who is a housewife. Apart from his parents, he also has a brother named Kunal Singh in Vishal’s house.

Talking about Vishal’s marital status, he is still unmarried. He has an affair with his ex-girlfriend actress Madhurima Tuli. The two first met each other on the set of the TV serial Chandragupta Maurya, after which they also dated each other. But due to some personal reasons, they had a breakup in the year 2018. Most recently, he does not see any wedding plans and is busy shooting for his show.

Talking about Vishal’s favorite things, his favorite is Bollywood actor Salman Khan and he likes actress Sakshi Tanwar. He loves to watch Hollywood movies in which his favorite film is Spider-Man, Vishal is very fond of the gym and traveling. In the table below, we have given a list of all their favorite things, which you can read once.

Talking about Vishal Aditya Singh’s total net worth, his net worth will be around ₹13 crore and the main sources of his earnings are TV serials, shows, and TV ads. In 2021, Vishal Aditya Singh has been taking part in Colors tv much-awaited show Fear Factor: Khatron Ke Khiladi Season 11. In this show, he charges around ₹3.34 lac per episode as a fee. The shooting of the show has been completed in Capetown and telecasted soon on Colors Tv and Voot.

Vishal Aditya Singh’s account is present on all social media platforms except Facebook where their number of followers is quite good. He keeps updating his work daily through his social media platform to his fans and followers. Vishal is present on Instagram where his number of followers is more than 502k and he also has Twitter where more than 29k people follow him. Vishal has also got a place on the Wikipedia page and has them covered.

In the table below, we are sharing the link of all their social media platforms with you, by clicking on this you will be able to directly access their profile page.

This is the full details on Vishal Aditya Singh Biography, Age, Height, Father, Family, Wife, Brother, Net Worth & More. Please share this post with your friends and keep visiting us on celebwale.com for famous personalities and trending people’s biography with updated details. If you have any thoughts, experiences, or suggestions regarding this post or our website. you can feel free to share your thought with us.