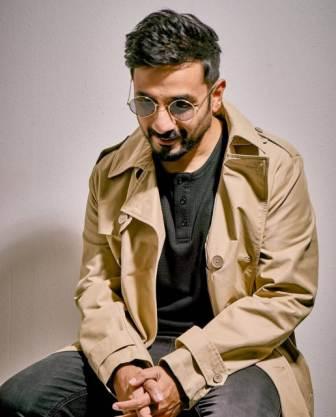 Vir Das is a popular comedian and actor from India who is known for his standup comedy. He was born on 31 May 1979 in Dehradun, Uttarakhand, India. After birth, his entire family shifted to Nigeria due to his business. Vir did his early studies at the Indian Language School located in Lagos, Nigeria. Later his family shifted from Nigeria to India after the assassination of the fifth Nigerian President due to the imposition of emergency across the country.

After shifting to India, Vir completed his high school and intermediate education from The Lawrence School and Delhi Public School located in Sanawar, Himachal. He went to the US for his graduation, where he obtained a bachelor’s degree in economics from Knox College in Galesburg, Illinois. From this college, he also did theater with concentration, after which he got a chance to join the Stanislavsky Program of the Moscow Arts Theater.

After that, he came to India and started his career as a host in the TV industry. He hosted the Zoom TV show Is Route Ki Sabhi Linein Maast Hain and the standup comedy late-night show Ek Rahin Vir. Apart from this, Das also hosted the Star World show Top Drive – Getaway. He also hosted the Zee Sports comedy show Cricket First. Then he also worked in SAB TV’s comedy show Lo Kar Lo Baat. Das worked as an anchor in CNN IBN’s show Now Not Showing.

The film proved to be the turning point of his career and the role he played was appreciated by the critics and audiences. Das has also worked in superhit films like Go Goa Gone, Shadi Ke Side Effects, Revolver Rani, Mastizaade, Santa Banta, Raakh, and Shivaay. Das has also appeared as a guest on popular shows like Mumbai Calling and Koffee With Karan. He played the lead role in the popular web series Hasmukh released on Netflix.

He is known across the country and the world for his standup comedy. Vir Das has done his standup comedy in many shows released on Netflix. He has appeared as a standup comedian on the Netflix shows Abroad Understanding, Losing It, For India, and Virdas: Outside In.

So far, Vir Das has done 35 plays, 100 standup comedy shows, 18 films, 8 TV shows, and 6 comedy special shows. Vir has also written comedy columns for Femina, Maxim, Exotic, DNA, and Tehelka. Apart from working in Indian television, he has also worked in the American television series Whiskey Cavalier. He made his debut in the American TV industry with this show.

Vir Das’s age is 42 years in the year 2021. Apart from being a standup comedian, he is also a great actor who also takes special care of his fitness. Vir follows a rigorous fitness routine that includes 6 different workouts like swimming, boot camp, parkour action, yoga, MMA, and free running.

He said in one of his interviews that this workout proves to be very helpful in keeping him charged all the time. He said that when one starts exercising, one should focus on it and not wander. He further added that when he is not shooting, his fitness regime is what helps keep him busy. Vir also consults his trainer from time to time to follow his fitness regime smoothly.

Vir Das’s height is 5 feet 6 inches, which is equal to 168 centimeters. His body weight is about 65 kg, he takes a proper diet to keep his body fit so that his body measurement is 38-32-13. His eye color is Black, and his hair color is also Black.

Vir Das was born in a prosperous Hindu family. He is a Hindu by birth and his entire family believes in Hinduism and worships Hindu deities. Vir Das’s father’s name is not known and his mother’s name is Madhur Das. Apart from his parents in Vir’s house, there is also a sister named Trisha Das.

Talking about the marital status of Vir Das, he is married, he married his girlfriend Shivani Mathur after dating each other for a long time of 5 years. Vir Das’s wife’s name is Shivani Mathur. Vir’s son or daughter’s information is not yet available on internet media.

Apart from this, he is also an actor and has done many films and television shows, from which he charges lakhs of rupees. Vir Das also has a YouTube channel that has more than 650k subscribers and his uploaded videos get millions of views. His earning from YouTube is also in lakhs every month.

Wikipedia has also covered Vir Das on its page. Apart from this, he also has a verified Twitter handle where he shares his thoughts through tweets with more than 7.8 million followers. He also has a YouTube channel on which he shares full videos of all his standup comedy.

His YouTube channel has more than 600k subscribers and his uploaded videos get millions of views. In the table below, we have shared with you the links of all their social media platforms, by clicking on which you will be able to access their profile page directly.

Comedian Vir Das seems to have an old relationship with controversies. A dispute is not yet settled that he gets into controversies again because of his statements. Once again Vir Das has surprised everyone by making an anti-national statement. In fact, Vir Das has shared the video of his performance on his YouTube channel at the John F. Kennedy Center for the Performing Arts in Washington DC, USA.

In the six-minute video, Das purportedly talks about the dual character of the country. Since then there is a controversy over his statement and an FIR has been lodged against him in Mumbai. Here are some excerpts from his poetry read.

After this controversial poem, outrage against him spread across the country, and FIRs were lodged against him at many places in different parts of the country. Later seeing the controversy escalating, Vir Das has issued a statement on Twitter. According to him, in the video ‘I come from to India’, he did not intend to insult the country. His intention was simply to say that the country is ‘great’ even after all its issues and we should remember our greatness.

Some Interesting Fact About Vir Das:

This is the full details on Vir Das Wikipedia, Bio, Comedy, Born, Age, Height, Father, Family, Wife, Religion, Speech, Movies, News, Net Worth & More. Share this post with your friends and keep visiting us on celebwale.com for famous personalities and trending people’s biography with updated details. If you have any thoughts, experiences, or suggestions regarding this post or our website. you can feel free to share your thought with us.