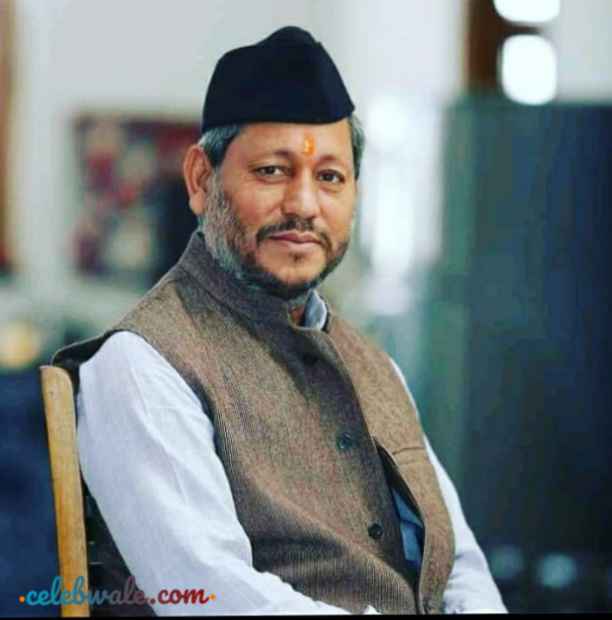 Tirath Singh Rawat is an MP from Garhwal. The Legislature Party met in the BJP office in Dehradun where their names were stamped. Before that, many names were in the race for the CM’s chair. These include Ramesh Pokhriyal Nishank, Ajay Bhatt, Dhan Singh Rawat.

Tirath Singh Rawat was the state president of the Uttarakhand BJP from February 2013 to December 2015. He has been the former legislator (2012-2017) from Chaubattakhal. He is currently the National Secretary of the BJP and an MP from the Garhwal Lok Sabha. In addition to being the BJP candidate from the Pauri seat, he was also made the election in-charge of Himachal Pradesh in the 2019 Lok Sabha elections.

Prior to this, he was a Pracharak of Rashtriya Swayamsevak Sangh from 1983 to 1988, organization minister, and national minister of Akhil Bharatiya Vidyarthi Parishad (Uttarakhand). After this, he was the State Vice President of Bharatiya Janata Yuva Morcha (Uttar Pradesh) and a member of the National Executive.

Tirath Singh Rawat belongs to Garhwal, Uttarakhand. He is the current leader of the BJP and also the Member of the parliament of Garhwal. He takes very good care of his health and takes regularly fresh fruits and green vegetables to maintain the charm of the body.

Tirath Singh Rawat’s age is 58 years old. Talking about the physical appearance of his body, Tirath’s height is 5 feet 6 inches, which is 168 cm. His body weight is 70 kg which is equal to 154 lbs and Rawat’s body measurement is not known. His eye color is black and his hair color is also black and White.

Tirath Singh Rawat was born into a prosperous and Humble family. He was borns in Uttarakhand. His father’s name was Kalam Singh Rawat and his mother’s name is Goura Devi who is a housewife. Apart from his parents, he has a sister whose name is not known.

He has also one brother whose name is also not Known. Rawat’s marital status is married and his wife’s name is Dr. Rashami Tyagi Rawat. There is no information available related to his children’s names.

He became a Pracharak of the Rashtriya Swayamsevak Sangh at just 20 years of age. After graduation, he joins the political party BJP. He started his political career, and was a member of the UP Legislative Council from 1997 to 2002 before the separation of Uttarakhand and then the Education Minister of Uttarakhand from 2000 to 2002 – after the formation of the new state Uttarakhand.

He then served as an MLA from 2012 to 2017. He was elected as MP from the Garhwal Lok Sabha constituency. He defeated his nearest rival Manish Khanduri by more than 3.50 lakh votes.

There is no data available related to his Net worth Income and Salary. He is a BJP Politician, Social Worker, and Agricultural.

He is also covered by Wikipedia. Below we are sharing the links of all their social media accounts with you, by clicking on which you will be able to access their profile directly.

Disclaimer: All images are available on the Tirath Singh Rawat Facebook Account. Images can be taken from his official Instagram account for educational purposes. Image Credit goes to the respective owners of the Image Creator. We try to gather accurate data but sometimes there might be some mistakes, Kindly let us know if you find mistakes, and we would correct them. We do not take any Guarantee/Claim That the information we have gathered is 100% correct.

This is the full details on Tirath Singh Rawat (CM) Biography, Wiki, Wife, Education, Family, Address, Net Worth & More. Share this post with your friends and keep visiting us on celebwale.com for famous personalities and trending people’s biography with updated details. If you have any thoughts, experiences, or suggestions regarding this post or our website. you can feel free to share your thought with us.