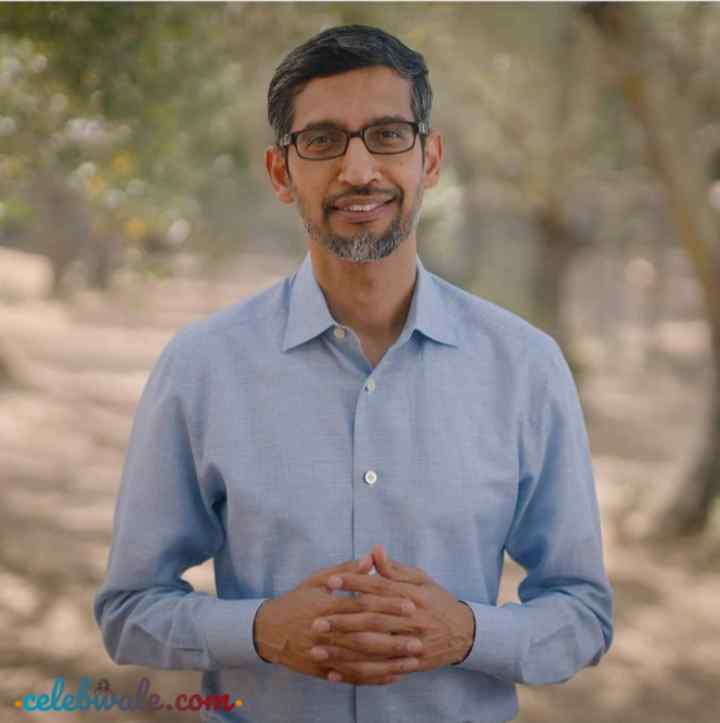 Sundar Pichai was born on 10 June 1972 in Chennai, Tamil Nadu. Sundar Pichai’s real name is Pichai Sundararajan, but today he is known as Sundar Pichai all over the world.

India-born Sundar Pichai, after receiving his bachelor’s degree from IIT Kharagpur, moved to the USA to pursue further studies, where he received his postgraduate degree in MBA.

After finishing his studies, Pichai started his career as a Material Engineer. He worked in McKinsey & Co as a Consultant. After a short stint, he joined Google in 2004 as Head of Product and Management.

Pichai initially worked on the Google Toolbar, where he made it easier for people to use the Google search engine on Microsoft Internet Explorer and Mozilla Firefox web browsers.

Over the next few years he became involved in the development of Google’s own product Google Chrome, Pichai played a key role in the creation of Google Chrome, which was released publicly in 2008.

The same year Pichai was appointed as the Vice President of Product Development and Management, where he oversees many of Google’s products such as Gmail and Google Maps, as well as being largely responsible for Google’s product Google Drive.

In 2010, Pichai also announced the open-sourcing of the new video codec format VP8 by Google and introduced a new format of video Webm. In the year 2013, Pichai was added to Google’s own product and Android’s maintenance list, where they worked to make Android even better for users.

Finally, on August 10, 2015, Sundar Pichai was chosen by Google’s founder Larry page to become Google’s next CEO, as well as on October 24, 2015, he stepped into a new position in Google’s new holding company Alphabet inc.

In the Year 2020, Time Magazine’s included Sundar Pichai in the world’s 100 Most Influential People. Pichai has also got the Citizenship of the United States of America and at the current time, he is a citizen of the USA.

Pichai Sundararajan is now known by the name of Sundar Pichai, who is an Indian American business executive. Sundar Pichai is also the CEO (Chief Executive Officer) of Google.

In the year 2019, Sundar Pichai was also appointed as CEO of Alphabet Inc, Google’s subsidiary. Pichai has played an important role in developing and improving many of Google’s toolbars and products and has contributed significantly to taking Google forward.

Pichai has made important speeches in many tech festivals and internet conferences. In 2017, Pichai was a speaker at the World Internet Conference held in China, where he said that Google wants to help many Chinese companies.

He further said that there are many small and medium-sized businesses in China that can help their products reach people outside China with the help of Google, Chinese companies can take advantage of many services of Google.

Then at the Singapore Fintech Festival in 2020, Pichai said that the “Outbreak of Coronavirus has accelerated the trend of people to digital devices ……

The Internet economy of Southeast Asia is currently on the verge of massive change. In the year 2020, more than 40 million people are connected to the Internet for the first time in this area.

The use of digital tools has also increased due to Covid, it has also revealed how many people are still behind, who was not connected to the Internet.

A large part of African households still do not have broadband access and millions of women entrepreneurs lack the same opportunity as their male counterparts.

Pichai stated at the conclusion of his speech that. After Covid, our goal will be to ensure that the benefits of technology can be shared widely and equitably.

If we can do this, the year 2020 will not be remembered as the end of the world but the beginning of a world that will work better for all.

Talking about Sundar Pichai’s personal life, his marital status is married, and he is married to an Indian girl Anjali Pichai who was his girlfriend during college time.

We will read more about Sundar Pichai in the forthcoming heading. Below we have covered full details of the height and physical appearance of Sundar Pichai, school life and education, family, and relationship. You must read once.

Sundar Pichai’s age is 49 years in 2021 and he belongs to the state of Tamil Nadu. Pichai’s look is the look of a perfect businessman. He is the CEO of Google and Alphabet Inc.

Sundar Pichai has a height of 5 feet 11 inches which is 180 centimeters. He weighs 64 kg. Pichai is a person with a brilliant personality. The color of his hair is black, although some of the hairs on his head have also turned white. The color of Pichai’s eyes is dark brown.

Talking about the family of Sundar Pichai, in addition to his parents, his grandfather and grandmother lived in Pichai’s house and along with his younger brother Srinivasan Pichai.

Pichai was born in Chennai to a middle-class Hindu family, he grew up in a two-room apartment, Ashok Nagar, Chennai. Sundar Pichai’s father’s name is Regunath Pichai, who is an electrical engineer at GEC, British Conglomerate Company, and his mother’s name was Lakshmi Pichai, who is a working woman and was a stenographer.

Talking about Pichai’s love life, when he reached IIT Kharagpur to pursue his graduation, he met Anjali Pichai, who is originally from Kota Rajasthan, while studying.

Soon the two fell in love with each other, and after finishing college, Pichai kept in contact with Anjali even when he had to go to the US for further studies.

Pichai maintained his long-distance relationship very well and after finishing his studies, they married each other. Sundar Pichai’s wife’s name is Anjali Pichai and he is also her girlfriend. Sundar Pichai has two children, his son’s name is Kiran Pichai, and his daughter’s name is Kavya Pichai.

Sundar Pichai started his childhood education at Jawahar Higher Secondary School, which is a Central Board of Secondary Education (CBSE) School located in Ashok Nagar, Chennai, from 1979 to 1987.

He did not stop after completing his graduation from IIT and decided to go to America for further studies. Being very talented in the study, he received a scholarship to study at Stanford University in the US and was supported by his family.

Father somehow sent him to America for further studies through his savings. Where Pichai completed Material Science and Engineering from Stanford University, California from 1993 to 1995.

After receiving his MS degree from Stanford, Pichai completed his MBA from the Wharton School of the University of Pennsylvania from 2000 – 2002 where he received the Siebel Scholar and Palmer Scholar due to his excellent studies.

Net Worth Income And Salary:

Mr. Pichai does not have any Youtube Channel. Here we are giving you the links of all their social media accounts related to Sundar Pichai in the table below. By clicking on that link directly, you will reach their social media page and you can follow them if you want.

Some Interesting Fact About Sundar Pichai:

This is the full details on Sundar Pichai Wikipedia, Biography, Google CEO, Twitter, Age, Wife, Education, Father, Family, Income, Salary, Net Worth & More. Share this post with your friends and keep visiting us on celebwale.com for famous personalities and trending people’s biography with updated details. If you have any thoughts, experiences, or suggestions regarding this post or our website. you can feel free to share your thought with us.