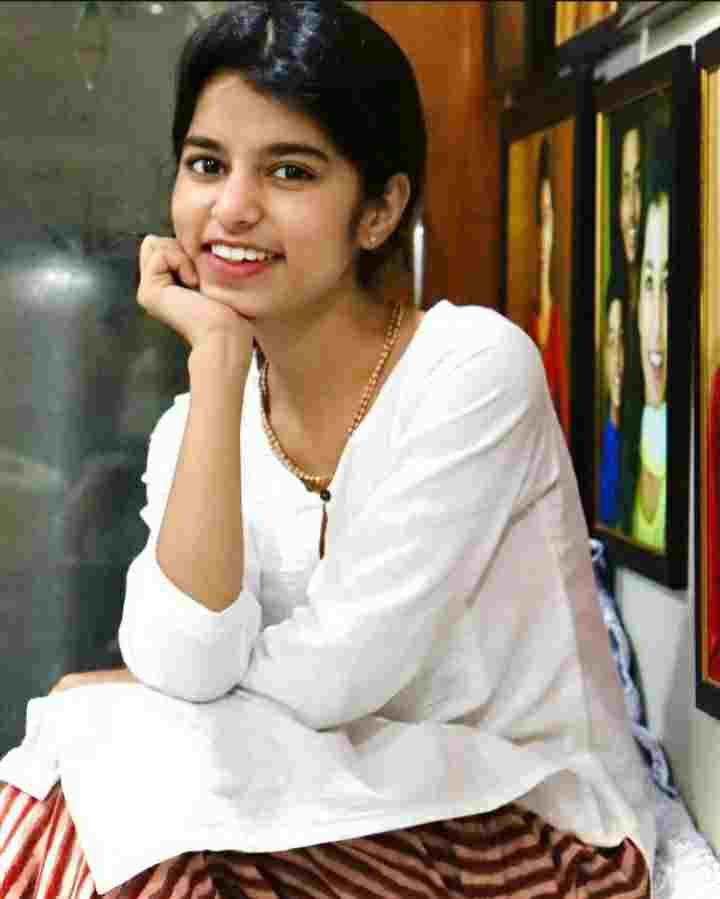 Maithili Thakur was born on 25 July 2000 in Benipatti, Madhubani district of Bihar. Her entire family is a family of musicians. Maithili took music education from her father in childhood, seeing her dedication to music, her father took Maithili to Dwarka Nagar New Delhi. Where she completed her school education.

However, during her studies, her siblings were trained by his father in Hindustani classical music, harmonium, and tabla (in the case of Rishvas). Maithili’s musical journey began in 2011 when she made her debut on the tv reality show Sa Re Ga Ma Pa Little Champs, which was telecasted on Zee TV. Also, she has done many reality shows and many stages show.

Four years later, she aired another reality show, Indian Idol Junior, on Sony TV. But she became a national sensation through the reality show Rising Star, in which she ended her journey as runner-up. From the early stages of the show, Maithili had greater popularity among the people, who also sang challenging songs with ease.

Maithili Thakur is an Indian singer. She got famous in 2017 when she participated in the show Rising Star. She was the show’s first finalist When she was singing Om Namah Shivaya, which is a most powerful song, and with the help of this song and her extraordinary voice, she got a direct entry into the finals.

She did not win the title of Sa Re Ga Ma Pa Lill Champs and finished the second position after losing by two votes. After the show, her Internet popularity soared. Her videos on YouTube and Facebook now receive between 70,000 and 7 million.

she can sing songs in different-2 languages like Tamil, Telugu, Bhojpuri, Marathi, and Hindi. She also sings a variety of Bollywood covers and other traditional folk music from other states. She is seen with her two younger brothers, Rishav and Ayachi. Rishav is on tabla and Ayachi is a singer.

In 2019, the Election commission made Maithili Thakur and her two brothers a brand ambassadors for Madhuban District. She won an Indian music show “I Genius Young Singing Star” in 2015 and also launched an album Ya Rabba (Universal Music).

Maithili is a very talented singer who wins many hearts with her voice. She is only 22 years old in 2023. She is a child at this time, so she does yoga and meditation instead of going to the gym. She is a beautiful girl with a very beautiful voice. Maithili currently weighs 49 kg and her height has also increased to 5 feet 4 inches. Her body measurement is 26-28-32. Which makes their looks even more attractive.

In Maithili Thakur’s family, his father, who is himself a popular musician in his region, is Ramesh Thakur, Maithili’s mother is a housewife named Bharti Thakur. Apart from the parents in the family, Maithili also has two younger brothers named Rishav Thakur and Ayachi Thakur.

These two brothers follow in the footsteps of their elder sister Maithili Thakur by playing tabla and accompanying them in their singing. Maithili Thakur’s husband’s name is yet to be known because she has not married yet, she is just a 20-year-old young girl who is taking her career in music well ahead.

Maithili Thakur has not revealed her favorite things much, but a little bit of information has been received, we are telling you here in detail. Maithili’s favorite actor is Aparshakti Khurana and her favorite comedian is Zakir Khan, her favorite actress is Alia Bhatt. She likes to eat Chhole Bhatura and Pani Puri very much.

Maithili Thakur is an Indian classical singer with 2.3 Million followers on Instagram. She keeps sharing all the information about her singing shows, music, concert, and singing videos with her fans on her Instagram account.

Maithili Thakur has never revealed her net worth and income, so we can not tell you about her income right now but she keeps doing a lot of shows and she also has a channel on YouTube so she earns a lot of money. Her earnings sourced are from stage shows and her Youtube Channel.

Some Interesting Facts About Maithili Thakur:

Que. What is the age of Maithili Thakur?

Que. Who is Maithili Thakur’s father?

Ans. Ramesh Thakur is the father of Maithili and he is a music teacher.

Que. Who is Maithili Thakur’s mother?

Ans. Bharti Thakur is the mother of Maithili and she is a housewife or homemaker.

Que. Net worth Income or Fee of Maithili Thakur?

Ans. Maithili Thakur has never revealed her net worth and income.

This is the latest information on Maithili Thakur (Singer) Biography, Age, Height, Family, Husband, Cast, Net Worth & More. Please share this post with your friends and keep visiting us on celebwale.com for famous personalities and trending people’s biography with updated details. If you have any thoughts, experiences, or suggestions regarding this post or our website. you can feel free to share your thought with us.