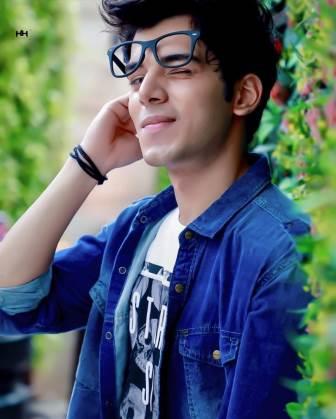 Siddharth Sharma is an Indian actor and model who first came into the limelight after participating in the MTV reality show MTV Splitsvilla 10 as a contestant. He was born on 21 May 1995 in Delhi, India. After that, he completed his early education at Manav Rachna International School, Noida. Later, he joined Amity University, Noida for his graduation from where he completed his graduation in Mass Communication.

He wanted to become an actor from the beginning and used to participate in all the cultural activities in his college. After graduation, he moved to Mumbai lying in his home where he did theater from Lilliput Theater Group. To move to Mumbai, he lied to his mother that he was going to Mumbai for his internship.

After that, he appeared as the lead character in Alt Balaji’s web series Punch Beat 2. His character played in that web series got a lot of popularity which also proved to be the turning point of his career. Apart from this, Siddharth has also appeared in Dhvani Bhanushali’s popular song Le Ja Le Ja Re.

The song has garnered over 900 million views on YouTube so far. Earlier he has appeared in the music video Teri Ankhein. In 2022, he appeared as a contestant in MX Player and Alt Balaji’s digital show Lock Upp.

Siddharth Sharma’s age is 26 years old in 2022. He is a young actor in the TV industry who is known for his fitness. His fitness is amazing, to maintain it, he does a variety of exercises in the gym daily for hours.

Siddharth Sharma’s height is 5 feet 8 inches, which is equal to 173 centimeters. Sharma’s body weight is about 75 kg, he takes a proper diet to keep his body fit so that his body measurement is 40-32-14. His eye color is Black, and his hair color is also Black.

Siddharth was born in an upper-middle-class Brahmin family. His entire family worships Hindu deities and believes in Hinduism. Siddhartha’s father’s name is not known. When Siddhartha was 13 years old, his father became a victim of a tragic accident, due to which he is no longer in this world.

After that Siddharth’s mother, Anuradha Sharma took care of and raised him. Apart from their mother in his house, there is also a younger brother named Gautam Sharma. Talking about his marital status, he is unmarried. When Siddharth participated as a contestant in MTV Splitsvilla 10, during that time he was close with Akshita Sonewal, another contestant on the show.

Later both of them also dated for a few years but after some time Siddharth and Akshita had a breakup. After the breakup with Akshita, Siddharth came close to another girl, Parul Patel, who both are dating each other.

Talking about the total net worth of Siddharth Sharma, his net worth is around ₹70 lakh. He is a young artist from the TV industry who rose to fame with Alt Balaji’s web series Puncch Beat Season 2 and CyberSquad. In 2022, he participated as a contestant in MX Player and Alt Balaji’s digital show Lock Upp where he was charging ₹3 lakh per week.

Some Interesting Facts About Siddharth Sharma:

Que. Are Akshata Sonawane and Siddharth Sharma together?

Ans. No, currently they are not together but Siddharth and Akshita dated each other for some years and after that, the duo parted away.

Que. Who is the GF of Siddharth Sharma?

Ans. Siddharth Sharma is currently dating his new girlfriend Parul Patel after a breakup with her ex-girlfriend Akshita Sonawane.

Que. In which season of Splitsvilla Siddharth Sharma is?

Ans. Siddharth participated in MTV Splitsvilla season 10 as a contestant.

This is the full details on Siddharth Sharma Biography, Age, Height, Affair, Gf, Family, Net Worth & More. Share this post with your friends and keep visiting us on celebwale.com for famous personalities and trending people’s biography with updated details. If you have any thoughts, experiences, or suggestions regarding this post or our website. you can feel free to share your thought with us.