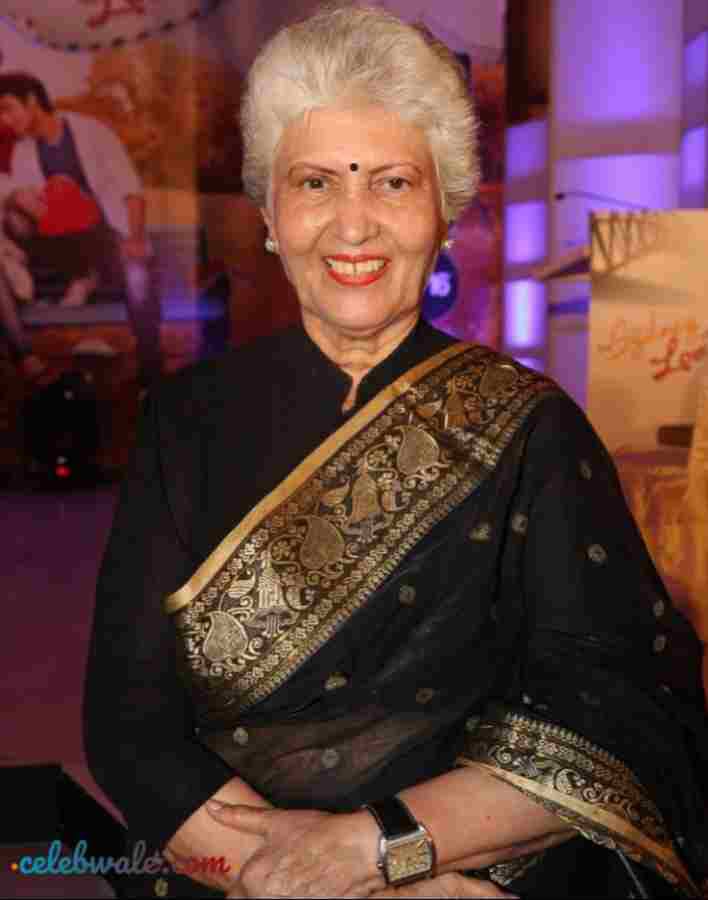 Shashi Kala was born on 4 August 1932 in Solapur Maharashtra. Her full name was Sasikala Javalkar. She belonged to a Marathi-speaking family of a Hindu Bhavsar Simpi caste. Apart from Shashi Kala, she had 6 siblings in the family. She started dancing, singing, and acting on stage in many cities in the Solapur district when she was just 5 years old. When Sasikala was in her pre-teens, her father, unfortunately, succumbed to a disease that caused him to go bankrupt and move to Mumbai with his entire family.

Her father’s motive behind coming to Mumbai was that Sasikala is the best-looking and most talented girl among her children who can find work in films. She also thought that until Sasikala was not able to work in films, she would stay with friends with the whole family for some time and avoid the difficulties to come. Sasikala then wandered from one studio to another in search of work. Until she met the film actress Noorjahan, she had earned only in bits and pieces and nurtured the family with him.

Nur Jahan’s husband Shaukat Hussain Rizvi was making a film at the time titled Zeenat. In this film, Shaukat Hussain made Shashi Kala work in film at the behest of her wife and she was involved in a qawwali scene. She had also worked in the 1944 film Chand before performing in this film’s Qawwali song.

After that, she continued to struggle and after a lot of struggles, she did little in films like Jugnu, Doli, Pujari, Girls School, Bombay, Bholi, Aikhari Paigham, Rupaiya, Rajarani, Patta Bapuro, Arju, Sarkar, Chamki, Strange Girl – Was seen in a small role. She also acted in the film Dakoot with Shammi Kapoor. She struggled hard to get a role in films, after which she was offered small roles in films made by PN Arora Amia Chakraborty and some other producers.

Shashi Kala was a well-known Veteran actress from the Indian film and television world who played a variety of supporting roles in hundreds of Bollywood films in the 1940s and 2000s. Some of her best-known films include Vimal Rai, released in 1959. The film was Sujata and Tarachand Barjatya’s film Aarti in which she played a negative role.

She was also awarded the title Filmfare Award for this film. Soon after this film, she started getting offers for supporting roles in many films. Where he appeared in supporting roles in films such as Anupama, Phool Aur Patthar, Aayi Milan Ki Bella, Gumrah, Waqt, and Sundar. She played a negative character in the film Chhote Sarkar with Shammi Kapoor and Sadhna in the lead roles.

After this, Sasikala usually played the role of a sister or a breath in her acting career. In the 80s, her role in the film Phir Wahi Raat Sautan and Sargam was highly acclaimed. Sasikala played supporting roles in more than 100 films throughout her film career. She is known for the Sony TV serial Jeena Isi in the last few years and was seen in Zee TV serial Apnapan and SAB TV serial Dil De Kar Dekho and Star Plus serial Sonpari.

Sasikala had appeared in many films with Shah Rukh Khan on her last breath. Legendary Bollywood actress Sasikala died on Sunday. She was 88. The actress reportedly breathed her last at her residence in Mumbai. The official statement of his family is still awaited. Sasikala has acted in more than 100 films, playing many important characters. She was widely praised for her negative role in Aarti (1962), co-starring Meena Kumari, Ashok Kumar, and Pradeep Kumar.

The actress is also remembered for acting in hit films like ‘Khubsurat’, ‘Anupama’ and ‘I Milan Ki Bella’. Shasikala also worked with Shah Rukh Khan in a few films. She played the role of SRK’s mother in ‘Badshah’, while ‘Kabhi Khushi Kabhi Gham …!’ She also appeared in a special role. The veteran actress played Salman Khan’s grandmother in ‘Mujhse Shaadi Karogi’, which also stars Akshay Kumar and Priyanka Chopra in the lead roles.

In the year 2007, Shasikala was awarded the prestigious Padma Shri Award for her contribution to cinema. She was the pupil of Mother Teresa and loved to live a simple life. The actress will be cremated at a church in Colaba. She played roles in more than 100 films. After the death of the veteran actress, the phase of paying tribute has started and Ronit Roy wrote on Twitter, remembering him, ‘Shasikala Ji … RIP.

Shashikala was born into an upper-middle-class Hindu family which. She worshiped Hindu deities and also believed in Hindu customs. Shashikala’s father’s name was not known but he was doing a job in the field of banking and her mother’s name is also not known. Talking about Shashikala’s marital status, she was married to Om Prakash Saigal. And they have two daughters but unfortunately, one has died due to cancer. and another name is Shivani.

Some Interesting Facts About Shashikala:

This is the latest information on Shashikala Biography, Age, Husband, Children, Family, Caste, Death Reason, Daughter & More. Share this post with your friends and keep visiting us on celebwale.com for famous personalities and trending people’s biography with updated details. If you have any thoughts, experiences, or suggestions regarding this post or our website. you can feel free to share your thought with us.