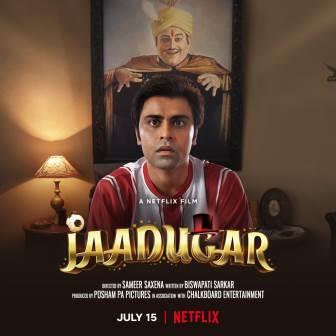 Netflix has announced a new web series called Jadugar. Jitendra Kumar, (Sachiv Ji of Panchayat), is seen as the main character in the Jaadugar web series. The story of the series begins in a small town named Neecham where a professional Jaadugar named Meenu lives.

He specializes in showing magic to people but he does not even know the A of football. Despite all the efforts of the coach of the football team, he is unable to fit into the team. He runs away leaving the game in the middle again and again.

Only then a girl would come into his life, with whom Meenu falls in love. The story takes a new turn when he has to win a football tournament to find his love.

Now it will be interesting to see how Meenu completes this challenge. Whether he wins in football or not. Does he get his love, doesn’t he?

This is the latest information on Jadugar (Netflix) Cast, Release Date, Timings, Review, Wiki & More. Please share this post with your friends and keep visiting us on celebwale.com for famous personalities and trending people’s biography with updated details. If you have any thoughts, experiences, or suggestions regarding this post or our website. you can feel free to share your thought with us.