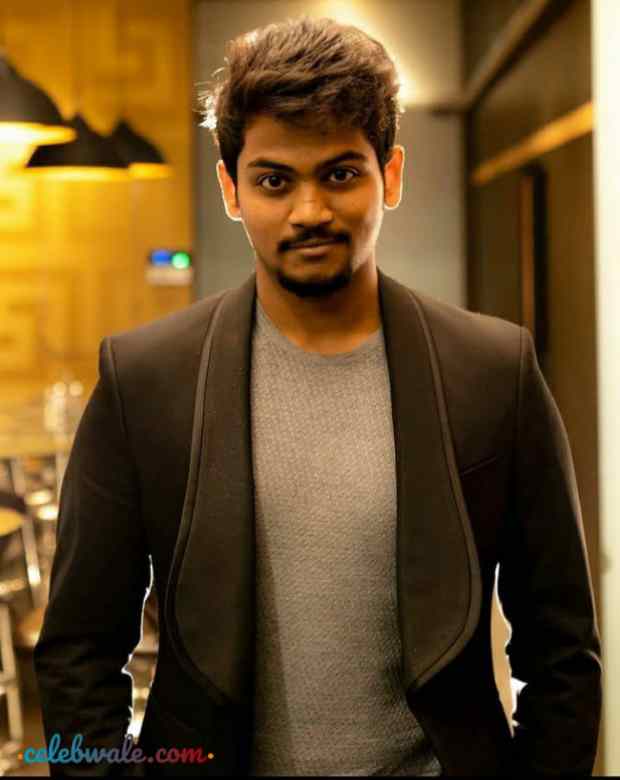 Shanmukh Jaswanth alias Sannu was born on 16 September 1994 in Visakhapatnam, Andhra Pradesh. He completes his early life education at a local private school in Visakhapatnam. Later he took admission to a college in Bengaluru to do his graduation. But due to a lack of interest in engineering, he left that college after his first year.

Then, he earned his management degree from the Gandhi School of Institute and Technology Management, Kolkata. Shanmukh’s father worked in the private sector at that time and his elder brother, an entrepreneur also started his own startup.

Jaswanth also decided to create a YouTube channel during his college days due to his interest in dance and acting since childhood. In 2012, he created a YouTube channel in which he uploaded his first video ad video of Cadbury Laddoo. After that, he continuously made videos and uploaded them to YouTube, mainly used to upload videos of his dance on YouTube.

His first breakthrough on YouTube was when he made a cover video of star actor Chiranjeevi’s Telugu film Khaidi Number 150, You & Me, and uploaded it to his YouTube channel. This cover video song got around 4 million views, which made him famous in the field of YouTube to a large extent.

Shanmukh Jaswanth is a famous Indian YouTuber. His full name is Shanmukh Jaswanth Kandregula, but people affectionately call him Shannu. On YouTube, he has made many videos so far which the audience has loved very much. He also created a web series on his YouTube channel called Software Developer.

This web series became quite popular among viewers on YouTube and received views in Millions. Apart from being popular on YouTube, Shanmukh was also a Tiktok star and he had close to one million followers before October 2020. But in October 2020, after the Indo-China war, the Indian government banned many Chinese apps for security including Tiktok.

Apart from this, Shanmukh also worked in a film called Nannu Dochukunduwate. The film was released in the year 2018, which got a good response from the audience and Jaswant became more famous with this film. From there Shanmukh got the idea of his web series Software Developer, released in the year 2020. This web series was presented to the public through YouTube, which got a lot of love from the audience.

Famous Telugu YouTuber and Tik Tok star Shanmukh Jaswanth are quite popular among people with his video content. But these days his name is coming out on social media for driving in a drunk state and hitting vehicles.

He has been detained by the police in the drink and drive case. He is accused of hitting two cars and two two-wheeler trains. Shanmukh drank too much at the time of the accident. It is said that Shanmuk Jaswanth was driving in a drunken state when he suddenly lost control of the car and his car collided with several vehicles on the road. The incident is near Jubilee Hills Police Station in Hyderabad.

Shanmukh’s car hit two four-wheelers and two two-wheelers in the accident. On receiving the information, the police reached the spot and arrested Shanmukh.

According to the police, Shanmukh drank a lot of alcohol while driving the car. This has also been confirmed in the breath analyzer test. The reading is found to be 170 points in the breathing test. Shanmukh’s vehicle collided with three vehicles in a woodland apartment in an intoxicated state.

A two-wheeler was seriously injured in it. He was given first aid and taken to the hospital, where doctors declare he is totally fine no worries about his health, there were some scratches on his hand & legs. But, after all, he is fine.

Shanmukh Jaswanth’s age is 28 years in 2023 and he belongs to the state of Andhra Pradesh. Shanmukh’s look is excellent, and he has made his body strong through hard work in the gym so that he looks very smart.

Shanmukh Jaswanth’s height is 5 feet 8 inches, which is equal to 173 centimeters. His body weight is about 66 kg, he takes a proper diet to keep his body fit so his body measurement is 38-30-13. His eye color is black color, and his hair color is also black.

Shanmukh Jaswanth was born into a middle-class Hindu Telugu family. He believes in the culture of Hinduism and he is the worshipper of all Hindu goddesses.

Shanmukh also has an elder brother in the family named Sampath Vinay who was also an entrepreneur. His’s marital status is unmarried but according to reports.

If we talk about Shanmukh Jaswanth’s favorite things, his food habit is non-vegetarian, his favorite beverage is Tea and he is very fond of Gymming and traveling, and dancing. His favorite actors are Suriya and Stylish Star Allu Arjun and the actresses are Rashmika Mandhana and Samantha Akkineni.

Apart from this, he loves to play and watch Cricket and his favorite Cricketer is Mahendra Singh Dhoni. Chennai Super Kings is also his favorite IPL team. He loves to travel like this place Goa, Manali, Jammu & Kashmir.

His hobbies are Gymming and Travelling and Dancing. His favorite Dancers are Matt Steffanina and Melvin Louis.  Below we are giving their favorite things on the table, you must read it once.

Shanmukh Jaswanth has a total net worth of $ 1 million and his income source is from acting and YouTubing. He belongs to a middle-class businessman family in India.

Some Interesting Facts About Shanmukh Jaswanth:

This is the full details on Shanmukh Jaswanth (YouTuber) Biography, Age, Height, Wife, Father, Family, Case, Net Worth & More. Please share this post with your friends and keep visiting us on celebwale.com for famous personalities and trending people’s biography with updated details. If you have any thoughts, experiences, or suggestions regarding this post or our website. you can feel free to share your thought with us.