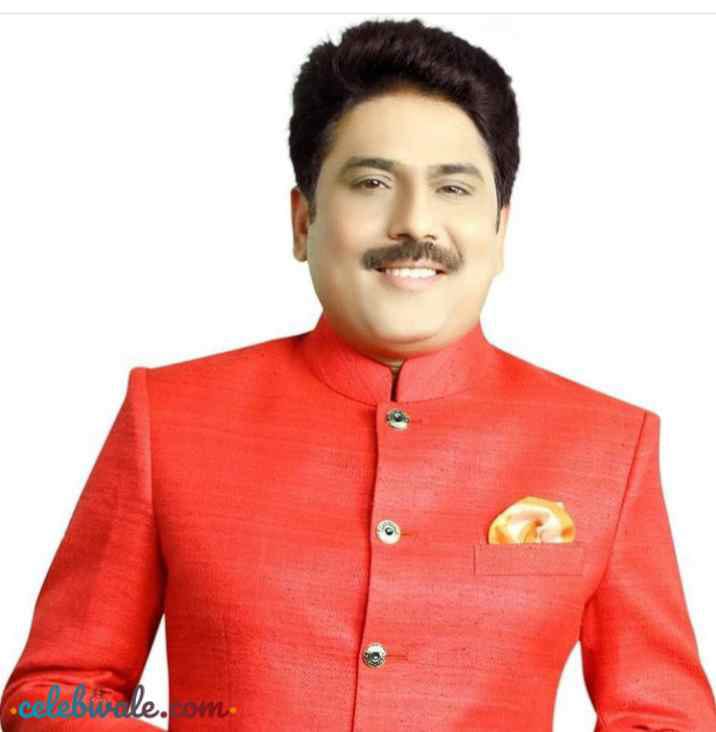 Shailesh Lodha was born on 8 November 1969 in Jodhpur, Rajasthan, India. He takes his childhood education by staying in Jodhpur. Father was in a government job, due to which his transfer used to take place in different places of the country. Shailesh has traveled a lot to different parts of the country due to his father’s transfer.

Before joining the acting world, Shailesh was a poet. He had an office job after finishing his study but left it to follow his passion. He has conducted the stage in many poets’ conferences, and he has written four books till now 2021. Out of the 4 books written by him, two books are based on satire style while one book he has written together with his wife.

His fourth book’s name is Diljale Ka Facebook status, which was in the discussions. This fourth book written by him is very much liked by the readers and many readers are feeling happy after reading it. Shailesh started his TV career by participating as a contestant in the SAB TV show Comedy Circus, which aired in 2007. After this, he has been a part of various TV shows.

Taarak Mehta Ka Ooltah Chashma serial is counted among the most popular and favorite comedy shows on the small screen. The characters of this serial, who have ruled the hearts of the audience for the last 12 years, do their justice perfectly with their roles. Issues related to society, children, and family are shown in this show along with entertainment and a lesson.

Due to these characteristics, this serial is different from the rest of the serials on TV and is also the first choice of people of all ages. In this show, Shailesh Lodha, playing the role of Tarak Mehta, has created a different place in the hearts of people with his acting. He is also the narrator narrating the events in this show.

It has been more than 12 years since the show aired on SAB TV, but so far the show is successfully airing on the SAB television channel. Apart from this, Shailesh Lodha was also the main presenter of the TV program Wah! Wah! Kya Baat Hai! was telecasted on SAB TV during the years 2012 and 13. He then appeared in a comedy film Wig Boss in the year 2019 opposite Sunil Pal and Rakhi Sawant.

Shailesh Lodha has been worked in some famous tv serials and he has the main lead part of the SAB Tv show Taarak Mehta Ka Ooltah Chashmah from 2008 to the present.

Shailesh Lodha’s age is 52 years old in 2022 and he came from Rajasthan. Instead of going to the gym to keep himself fit, he does yoga and jogging in the morning. Apart from this, they eat pure vegetarian food. He likes distressed vegetables and fruits. They keep consuming green vegetables as well as fruit juice to keep themselves healthy.

Shailesh Lodha’s height is 5 feet 8 inches, which is 173 centimeters. His body weight is about 74kg, he takes a proper diet to keep his body fit so that his body measurement is 40-36-12. His eye color is Black, and his hair color is black.

In Shailesh’s house, apart from his parents, information about his siblings is not available on the internet media, we could not get it. Talking about Shailesh Lodha’s marital status, he is married and his wife’s name is Swati Lodha who is also a writer. Shailesh Lodha also has a daughter named Swaara Lodha.

Shailesh Lodha’s favorite things are not available on the internet media. He loves writing and reading in his spare time. Apart from this, he is also fond of traveling and during his holidays, he goes to different places to spend quality time with his family.

Talking about Shailesh Lodha’s Total Network, he is fond of keeping expensive cars in real life. According to media reports, they own expensive cars like Audi and Mercedes. According to the news, he owns a Mercedes E Benz car E350D. Explain that the price of this vehicle is about ₹80 lac.

Talking about the fees of Shailesh Lodha in the Tarak Mehta show, he gets the same fee as Jethalal i.e. Dilip Joshi. According to the report, for every episode of this serial, he charges about ₹1.50 lac as a fee. Talking about their net worth, it is from about ₹6 crores to ₹8 crores.

By the way, Shailesh Lodha has not been a supporter of social media at all. He believes that social media apps like Facebook and Instagram have come into people’s lives ever since. Since then people do not give time to their family and they are getting away from their parents, family, and relatives, day by day. So they did not create their accounts on social media in the past.

Apart from this, Shailesh’s account is also present on Twitter where he has more than 8k followers although his Twitter handle has not yet been verified by Twitter. Shailesh Lodha has also been given a place on his page by Wikipedia. We are sharing the link to all their social media accounts in the table with you. You will be able to easily access their profile by clicking on those links.

Shailesh has also been given many awards for his contribution to the field of poetry and literature. He has been awarded the Ujjwala Award and the Life Time Achievement Award. Apart from this, he was also awarded the Zee Gold Awards for Best Anchor in TV World.

Here, we have given you some Shayari on Daughter and Kavita written By Shailesh Lodha.

Another Kavita written by Shailesh Lodha on Daughter is given below.

Some Interesting Facts About Shailesh Lodha:

This is the full details on Shailesh Lodha Biography, Wiki, Age, Height, Father, Family, Wife, Daughter, Book, Net Worth & More. Please share this post with your friends and keep visiting us on celebwale.com for famous personalities and trending people’s biography with updated details. If you have any thoughts, experiences, or suggestions regarding this post or our website. you can feel free to share your thought with us.