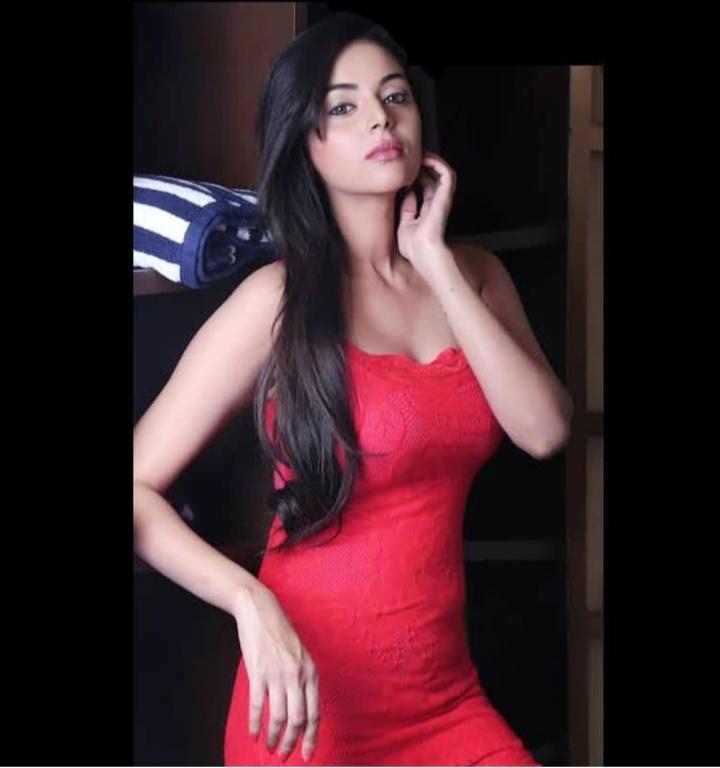 Sanam Shetty was born on 12 November 1985 in Bengaluru, Karnataka, India. She was born in a Telugu Hindu family in Bengaluru. Her father was a businessman named Prasad Shetty, and her mother is a housewife named Krishna Shetty. She got her primary education in Bengaluru. While studying in school, her mind went towards fashion shows, and she decided to do modeling. Looking at Sanam Shetty’s interest in modeling in the mid-2000s, fashion choreographer Prasad Bidapa asked her to work with him. Where she started modeling, and she also participated in the Miss Bangalore competition in 2004.

She later moved to London for higher studies where she pursues a computer software engineering degree from the University of London. During her time abroad, Sanam worked in many amateur documentary films, and she was attracted to acting. After returning from the UK, Sanam worked in the Tata Consultancy service as a software engineer. Unwilling to work, she was modeled regularly on the weekends by choreographer Ganesh Gurung in Chennai’s fashion scene for different brands. She later won the title of Miss South India 2016. Sanam, currently doing work in the Tamil, Malayalam, and Telugu film industries.

She is a model and actress by profession. She has done a lot of theater and TV shows in the early days of her career. Sanam Shetty became engaged to actor Tharshan Thiyagarajah in May 2019. They meet Tharshan in Bigg Boss Tamil, and they plan for a wedding in June 2019. But due to some personal reason, they canceled their wedding. And then, after some time, Sanam Shetty filed a police case against Tharshan Thiyagarajah for his misuse of her funds. During the stage show, she auditioned for several films simultaneously, in which she got the opportunity to act in the Tamil movie “Ambuli”, which was released in 2012.

Sanam then worked in the Malayalam movie Cinema Company which, was also released in the year 2012. In this movie, she played a lead role, and her opposite newcomers Basil, Sanjeev M Nair, and Shruthi Hariharan. In 2012. Before acting, she was doing a job in a software company. When she has got a chance to work in the Tamil film “Ambuli” then she left her job and started acting and modeling. Currently, she is part of Big Boss Telugu 4 as a “Guest” which is being aired on the channel Star Maa.

Sanam Shetty belongs to the state of Karnataka. She is so young at the age of 36 years, a beautiful hot actress, with an attractive personality and a perfectly shaped body. Shetty follows a strict diet rule to keep herself fit and healthy and maintain her body figure. Sanam Shetty has a Stunning figure and she is 168 cm tall which is 5 feet 6 inches. Shetty has a keen interest in maintaining her body fitness her weight is 58 kg.

She is very health conscious she always takes care of her looks and appearance. She visits the gym regularly and her figure measurement is 32-28-34. She has attractive and beautiful Black hair and Black eyes. She is one of the most beautiful actresses in the Tollywood film industry. Her height is 1.68m or 168 cm and her body weight is around 58 Kg or 127 lbs.

Sanam has a small family, his father is a businessman and is named Prasad Shetty, and her mother is a housewife Krishna Shetty. She is the single daughter of her parents, and she has no brothers or sisters.

Talking about her Movies, Sanam was the first cast in a Malayalam film cinema company, which was released in 2012. But for some reason he did not get a role in that film and her first movie was Ambuli which was released in 2012. After the release of the Tamil Film Sadhuram 2, the audience was impressed by her acting performance as Dr. Preeti. And the film director Raaghav Ranganathan choose Sanam Shetty to play the lead role along with her and Karthik Kumar in his Tamil film Ticket. She played the role of a named Ria in the film, and when it was released in the movie theater, it was highly praised by the critics, and the movie did well at the box office.

After this, Sanam got offers from many movies, and she acted in many movies like Movie Ravu which, was released in 2013 in Ajit Ravi Pegas’s Tamil and Malayalam language. No one even noticed when the movie Maayai was released in 2013 and Vilasam in 2014 when all these movies were released and gone. All these movies of Sanam were not in limelight. Sanam continued to work in many small-budget films till the middle of 2010 and after that, there were many of her films were liked by the audience.

Some of the major films, were Katham Katham, an action film in 2015, a comedy-drama film in 2015 Vellaiya Irukiravan Poi Solla Maatan, and a slasher film Sadhuram 2. Sanam Shetty’s upcoming movie name is Walter and Maha, which is released in the year 2020.

In the television industry, Sanam has worked in reality shows only. She has worked in the TV show VILLA TO VILLAGE in 2018 and has also been a contestant on Bigg Boss, she appeared in Bigg Boss Telugu Season 4 this year which is a telecast on Star Ma’s channel.

Some Interesting Facts About Sanam Shetty:

Q. Where was Sanam Shetty born?

Q. Who is Sanam’s Parents’ name?

A. Her father was a businessman named Prasad Shetty and her mother is a housewife named Krishna Shetty.

Q. How old is Sanam?

A. No, Sanam got engaged to actor Tharshan Thiyagarajah in May 2019. They meet Tharshan in Bigg Boss Tamil and they plan for a wedding in June 2019. But due to some personal reason, they canceled their wedding.

Q. What is Sanam Shetty’s age?

Q. What happened to Tharshan and Sanam Shetty?

Q. Who is Sanam Shetty’s husband?

This is the latest information on Sanam Shetty Biography, Age, Height, Husband, Family, Net Worth & More. Share this post with your friends and keep visiting us on celebwale.com for famous personalities and trending people’s biography with updated details. If you have any thoughts, experiences, or suggestions regarding this post or our website. you can feel free to share your thought with us.