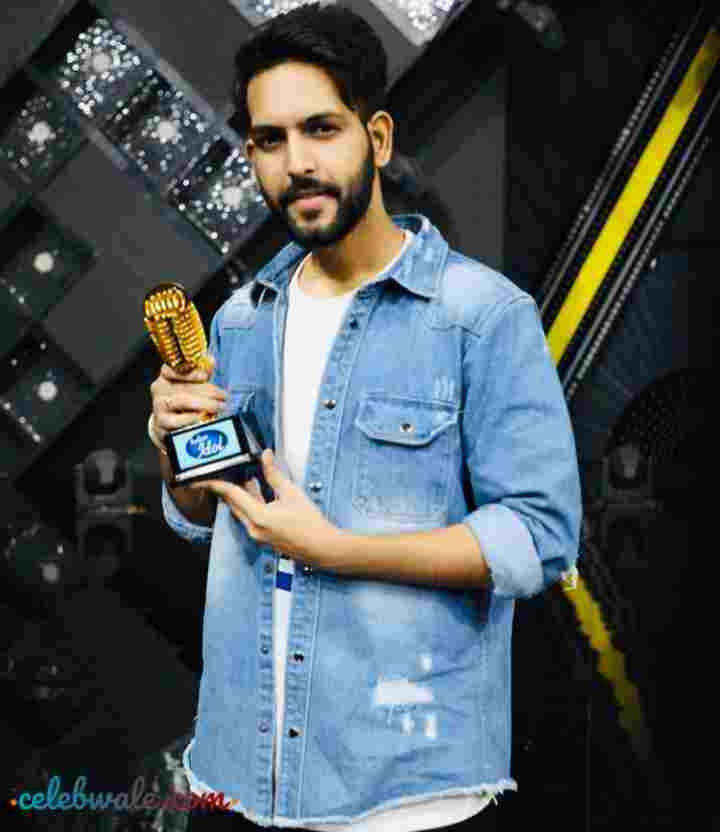 Sahil Solanki was born on 13 April 1993, he hails from Hisar, Haryana. He started his career with Sa Re Ga Ma Pa Little Champs. Where he was one of the foremost popular contestants. The show was hosted by Aditya Narayan and the show was Judges Wajid Khan, Sonam Mahapatra, and Shekhar.

Sahil Solanki is a professional and playback singer from the TV industry and film industry. He was raised in a Hindu Jat family of Hisar, Haryana. He was a music fan since childhood and wanted to sing in the film industry. For this, in 2007, he started on Zee TV’s famous show Sa Re Ga Ma Pa Little Champs and mesmerized everyone with his singing. He soon became a popular singer on that show.

He left a different mark especially in the heart of the show’s judge, Wajid Khan, and Sahil was also a finalist on the show. After this Sahil also did many international shows and also performed live concerts with Mika Singh.

Sahil Solanki, whose nickname is Sahpreet and a professional singer by profession, has acquired everything from singing at such a young age. Now he is currently seen as a contestant in the 12th season of Indian Idol in 2020. In the past, he has competed as a Contestant in many TV reality shows, some of which are The Voice India Kids, Sa Re Ga Ma Pa Lil Champs, Sa Re Ga Ma Pa, and Indian Idol.

His singing has a unique style for reality shows that makes the listener crazy. He has been also debuted as a singer in the Bollywood film “Behan Hogi Teri” from the song “Jai Maa“. Sahil Solanki is just 27 years old. He is a talented singer. He has spread the magic of singing in many films and TV shows. He has also been a member of Mika Singh’s live concert team and has done stage shows on an international tour.

Currently, he participated as a contestant on Sony TV’s popular show Indian Idol Season 12 in 2020, hosted by Aditya Narayan and Judges Neha Kakkar, Himesh Reshammiya, and Vishal Dadlani. In this show too, he is winning the hearts of the judges with his singing skills.

Sahil Solanki belongs to the state of Haryana. He is just 29 years old, the most handsome singer on the set of Indian Idol 2020. He is 176 cm tall, which is about 5 feet 8 inches. Sahil does regularly gym to maintain his body, and fitness his weight is around 65 kg. He is very health-conscious and always takes care of his looks and appearance.

Sahil Solanki belongs to a Hindu family. She was born in a rich-class Hindu family. His father was a businessman named Vijay Kumar Solanki and his Mother is a Homemaker whose name is Sheela Solanki. He is very passionate about singing. Currently, he isn’t having an affair with anyone, nor has she had any girlfriend in any previous year. He remains to specialize in his singing in order that he will achieve a special position in his singing.

If we talk about Sahil Solanki’s favorite things, then Shah Rukh and Salman, who are great artists of Bollywood, are his favorite actors while Anushka Sharma is a favorite actress. Sahil Solanki loves singing and traveling. Sahil Solanki loves red color so that’s why he will be seen wearing many red color dresses on his Instagram stories. Apart from all these things, he loves to play cricket and soccer. Sahil’s favorite singer since childhood is Sankar Mahadevan Ji and Vishal Dadlani Ji. He also loves to eat North Indian Cuisine food.

Sahil Solanki takes charge of ₹20k to ₹35k approximately for the one episode of TV Shows. His total net worth value is around ₹72 lakh as of 2022.

Sahil Solanki is a singer.  He has a lot of fans on her social media and he has an official account on Instagram on which he has more than 8 thousand followers. Sahil’s account is present on Twitter, Instagram, and Facebook where he keeps sharing her photos and singing related posts and videos with her fans, so if you have not followed, you can also click on the link below and you can follow them.

Some Interesting Facts About Sahil Solanki:

This is the full details on Sahil Solanki (Singer) Biography, Age, Family, Wife, Net Worth & More. Share this post with your friends and keep visiting us on celebwale.com for famous personalities and trending people’s biography with updated details. If you have any thoughts, experiences, or suggestions regarding this post or our website. you can feel free to share your thought with us.