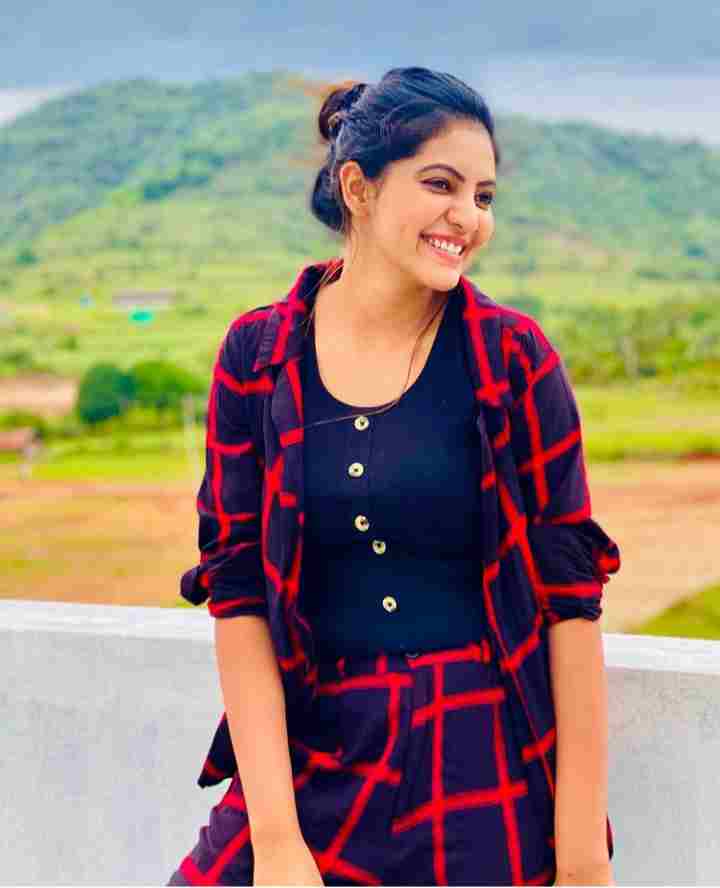 Athulya Ravi is an Indian Actress. She was born on 21 December 1992 in the Tamil Nadu state of Coimbatore city. She started her career in modeling. As a child, she was a very promising student in studying. She has done her engineering degree in computer science and Engineering. Athulya did his engineering studies at Krishna College of Engineering and Technology. Athulya started his acting career with a short film called “Palawadi Kadhal”.

Athulya’s role in the short film was that of the Kavi. Athulya Ravi is a great and talented actress. And after the release of the film Palawadi Kadhal, he did a lot of supporting roles in films like Katha Nayagan, Nagesh Thiraiyarangam, Inba Twinkle Lilly, and more. And after this, she made her debut in the 2017 film “Kadhal Kan Kattudhe” in the lead role.

The film was based on a college romance, so it was released on Valentine’s Day so that the audience could get the full support and love of the film. The film took Athalulya to different heights. The film was given very positive reviews by critics. And it got a lot of support from the audience too. Her character name in this film was also “Athulya”.

After this, she acted in many films such as Katha Nayagan, Yemalli, Kee, Capmaari, and many more. Right now she is shooting for Vattam Movie. Prior to this, she also worked in Naadodigal 2 which was released in 2020. The film was a sequel to the film Naadodigal. Her character in this film was that of a village girl.

Athulya Ravi was born on 21 December 1992. She belongs to the Tamil film industry. She is a very beautiful, stylish, and talented actress to look at. Athulya became very famous after the release of the film Kadhal Kan Kattudhe in 2017. The film received a lot of love and support from the audience. After the release of the Yemmali film, she received a lot of criticism because in this film she was seen in the look of a city girl who was wearing a short skirt and smoking and drinking.

She was shown in this film which was against the Tamil culture and her real life. But later Athulya apologized to his fans and told them that this film was the need of this character. Athulya has also received an award from Government Medical College, Chennai. Athulya’s father’s name is Ravi and her mother’s name is Vijay Lakshmi and she also has a brother, named Diwakar. He is very popular on social media accounts such as Facebook, Twitter, and Instagram. And his zodiac sign is Sagittarius.

Athulya Ravi is a very talented actress who wins many hearts with her acting. She is only 29 years old in 2022, her body is growing now and gradually her length is also increasing. She does yoga and meditation daily and goes to the gym also. She is a beautiful girl with a very attractive look. Athulya currently weighs 55 kg and her height has also increased to 5 feet 5 inches. Her body measurement is 34-26-34. Which makes their looks even more attractive.

In Athulya Ravi’s family, his father, whose name is Ravi, and Athulya’s mother is a housewife named Vijay Lakshmi. Apart from the parents in the family, Maithili also has only one younger brother named Diwakar. Maithili Thakur’s husband’s name is yet to be known because she has not married yet and She is not dating anyone. Her age is just a 28-year-old and looking hot and young girl who is taking her career in acting and modeling well ahead.

Athulya Ravi has not revealed her favorite things much, but a little bit of information that has been received, we are telling you here in detail. Maithili’s favorite actor is Rajinikanth and her favorite musician is A.R Rahaman, her favorite destination is Ooty and Dubai. She likes to eat Pongal and Chola Poori very much. Mostly her photo on social media accounts is in Full Sleeve T-shirts and Jeans because She likes to wear such dresses. And her hobbies are Dancing, Pets, and Photography.

Talking Facebook account has more than 9.1 million followers on their Facebook page, they have also created a channel on My Josh App which has 2.58 million subscribers. The username of the channel is Athulya Ravi where she uploads short videos daily for her viewers. In the table below, we are giving you a link to their official Instagram, Twitter, Facebook, Youtube and Wikipedia, and  Email.

Athulya Ravi takes charge of approximately ₹15 lakh to ₹20 lakh for one movie. Her total net worth value is around ₹7 crores as of 2022.

Some Interesting Facts About Athulya Ravi:

Que. What is the age of Athulya Ravi?

Que. What is the age of Athulya Ravi?

Que. Who is Athulya Ravi’s father?

Ans. Ravi is the father of Athulya.

Que. Who is Athulya Ravi’s mother?

Ans. Vijaya Lakshmi is the mother of Athulya and she is a housewife or homemaker.

This is the full details on Athulya Ravi Biography, Age, Height, Husband, Net Worth & More. Share this post with your friends and keeps visiting us on celebwale.com for famous personalities and trending people’s biography with updated details. If you have any thoughts, experiences, or suggestions regarding this post or our website. you can feel free to share your thought with us.