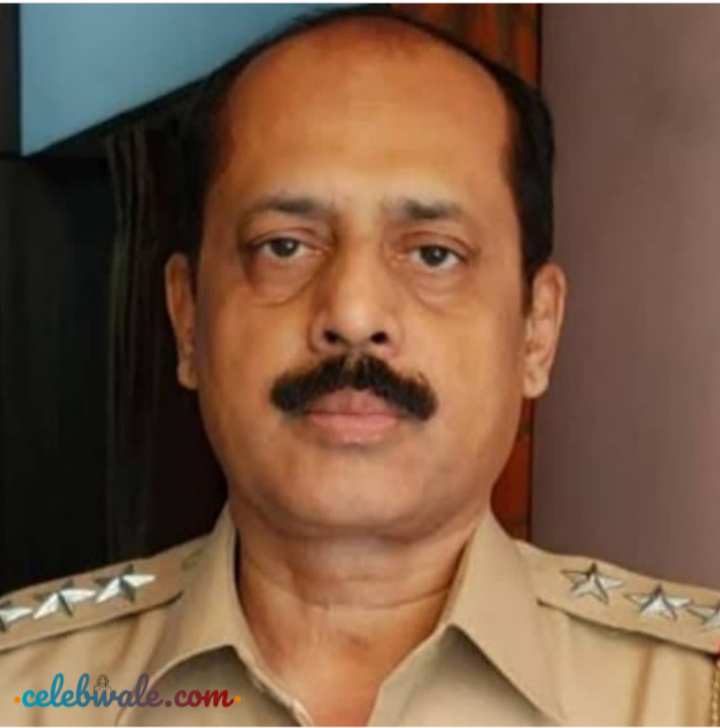 Sachin Vaze was born on 22 February 1972 in Kolhapur, Maharashtra, his real name is Sachin Hindu Rao Vaze. He completed his early studies in Kolhapur Maharashtra. After completing his education up to the 12th standard from Kolhapur, he received his graduation from a college in Maharashtra.

After graduation, he joined the Mumbai State Police in the year 1990 as a Sub Inspector. He was posted in the Gadchiroli area, which was a Naxalite dominant area at that time. After this, in 1992, Sachin was sent to Thane police station where he solved a lot of cases related to Indian crime gangster Dawood Ibrahim and several big gangsters.

He gained fame in the police department by solving many big cases there. During that time he was stationed at the Mumbra Police Station, which was a Muslim-dominated area, where he played a supporting role in Hindu-Muslim harmony in that area.

This squad is meant to curb a gangster and is asked to surrender, but in the meantime, he is shot by the police in retaliation if the gangster attacks the police, or tries to escape. Sachin Vaze was shifted to an Anti-Extortion cell (AE Cell) with his mentor Pradeep Sharma, where AE Cell recorded its first encounter after reinforcing the increasing demand and open violence in the city.

The murder charges of the Suspect of the Ghatkopar blast were leveled against Sachin Vaze and 14 policemen along with him. After this murder episode, Sachin was sacked by the Maharashtra Government for 17 years by the Mumbai Police.

Sachin Vaze is an Indian police officer who headed the Crime Intelligence Unit in the Mumbai Police. He is best known as an encounter specialist in the Mumbai Police Force who killed 63 alleged criminals in his 30-year-long career, including an infamous gangster-like Munna Nepali. Currently, Sachin Vaze lived in his residence in Thane, Mumbai.

Khwaja Yunus, an accused in the 2002 Ghatkopar bomb blasts, died in police custody, for which he was suspended for 17 years. After all, he appealed to the Mumbai Police to resign in 2007, but this appeal was also rejected by the government.

After being sacked by the government, he also participated in numerous television debates, and during this time he had published his articles on cybercrime issues in many newspapers and magazines. During this time he also wrote Marathi books like Jinkun Harleli Ladhai, which was based on the 26/11 terror attack on Mumbai.

He joined Shiv Sena, the regional political party of Mumbai in 2008. When the corona havoc started to spread across India in the year 2020, he was reinstated in Mumbai Police on 6 June 2020 due to a shortage of police staff during the escalating corona crisis in Mumbai.

After being reinstated in the Police Service in the year 2020, he led the Raigad police team for the arrest of Arnab Goswami, editor-in-chief of Republic TV. Republic TV Chief Arnab Goswami was accused of committing the suicide of architect Anvay Naik and was also accused of manipulating television rating points.

In this case, Arnab was granted bail by the District Court after being in police custody for a few days. After which he opened the front against Maharashtra Chief Minister Uddhav Thackeray.

Sachin Vaze has also been the source and mentor of many books such as Headley & I by Hussain Zaidi, my name is Abu Salem, Byculla to Bangkok, and the siege written by Adrian Levy.

He has also been the author of the book the scout, which was a bestseller. The book contained a full biography of David Headley, a Pakistani aristocrat and American mother’s boy who easily straddled the Islamic and Western worlds. A character from the Marathi film Rege, released in 2014, was based on him, played by Pushkar Shrotri.

On 25 February 2021, an unclaimed Scorpio was found outside the Antilia residence of industrialist Mukesh Ambani, containing gelatin sticks and some threatening letters that contained references to Mukesh Ambani. Mansukh Hiren, the owner of this Scorpio, filed a police complaint about his theft of Scorpio a week ago.

Fadnavis has claimed that the last location of Mansukh Hiren’s phone was around the office of Shiv Sena leader Dhananjay Gavade. After this, Sachin Vaze has been dismissed from the Mumbai Police once again. Maharashtra Chief Minister Uddhav Thackeray has said that he will remain sacked until Sachin Vaze is found innocent in this case.

But on 13 March 2021, the National Investigation Agency arrested Sachin Vaze after more than 12 hours of questioning. After this arrest, Sachin Vaze applied for interim relief in the Thane sessions court but his application was rejected by the sessions court and he will remain in the remand of the NIA till his next hearing on 25th March 2021.

Sachin Vaze travels from Kolhapur to Maharashtra. He is a police officer, best known as an encounter specialist. He remains very fit due to his profession as both his training and work are very difficult, in which the body workouts keep on happening.

Sachin Vaze’s age is 50 years old in 2022. Talking about the physical appearance of his body, Sachin’s height is 6 feet 0 inches, which is 183 cm. His bodyweight is 76 kg which is equal to 167 lbs and Vaze’s body measurement is not known. His eye color is black and his hair color is also black.

Sachin Vaze was born into a middle-class Hindu family. He was borns into a Kolhapur, Maharashtra. He is the worshipper of Lord Ganesha and follows Hindu customs. Sachin Vaze’s father’s name is Hindurao Vaze and his mother’s name is not known who is a housewife.

Apart from his parents, he has a brother whose names are Sudharma Vaze. Sachin Vaze’s marital status is married and his wife’s name is not known. There is no information available related to his children’s names.

After completing his 12th standard, he completed his graduation from a college in Mumbai. After finishing graduation, he joined the Mumbai Police Force, where he was working as a sub-inspector.

Sachin Vaze’s income source is mainly as a police officer. He got a salary of INR 84067 per month. His total income is approximately INR 1 to 2 crores.

When this portal was formally launched, by then its membership number was more than 15000. Apart from this, Sachin Vaze does not use any social networking site. Wikipedia has given them a place on their page, whose link we are giving you in the table below, by clicking on it you will be able to access their Wikipedia page.

Some Intersting Fact About Sachin Vaze:

Disclaimer: All images are available on the Sachin Vaze hashtags on Instagram or Images on Google. Images can be taken from his official Instagram account for educational purposes. Image Credit goes to the respective owners of the Image Creator. We try to gather accurate data but sometimes there might be some mistakes, Kindly let us know if you find mistakes, We would correct them. We do not take any Guarantee/Claim That the information we have gathered is 100% correct.

This is the full details on Sachin Vaze Biography, Wiki, Age, Height, Family, Wife, Salary, Net Worth & More. Share this post with your friends and keep visiting us on celebwale.com for famous personalities and trending people’s biography with updated details. If you have any thoughts, experiences, or suggestions regarding this post or our website. you can feel free to share your thought with us.