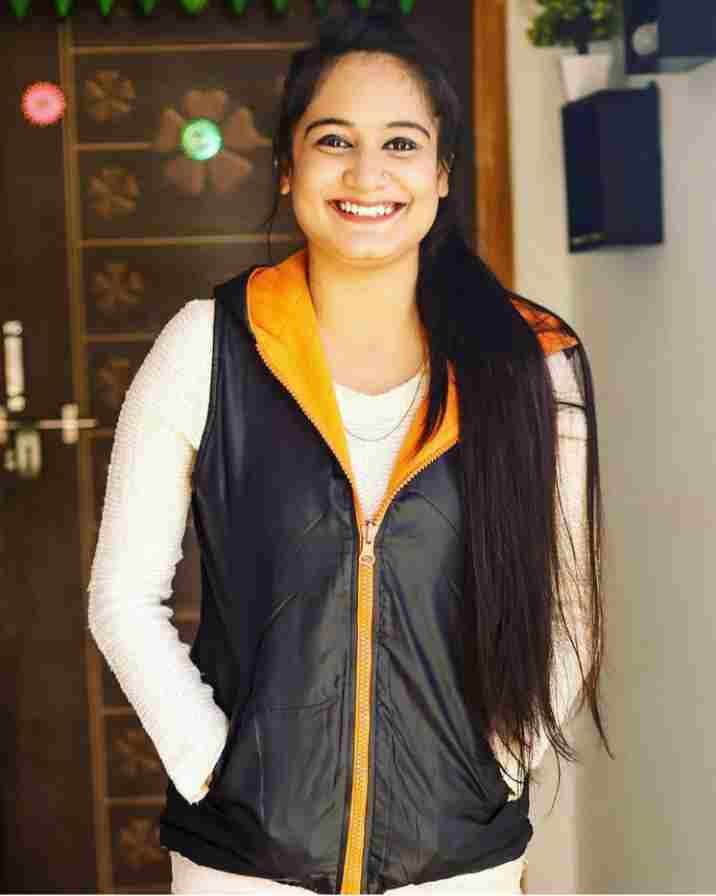 Pragya Mishra was born on 13 November 1994 in Alambagh Lucknow. She received her early education from City Montessori School (CMS) School in Lucknow. She passed her high school exam from CMS school itself. She then passed the Inter examination from Navyuga Radiance Girls’ College. She enrolled in IISER affiliated with Makhanlal Journalism University, Bhopal for graduation. Where she earned a bachelor’s degree in journalism. After completing her graduation in journalism, she came back to Lucknow and started doing theater with many big directors.

Pragya started her career with street plays. She used to do street plays in Lucknow with her team on the streets to make society aware and gave a message to people to stay away from social evils. But the street plays did not have much reach and the message given to them reached 100 to 200 people at a time. Seeing this, she took the help of the digital world to spread her message to a large number of people and worked in a production house. In 2017, the newly opened Bharat Samachar News channel in Hazratganj, Lucknow, was looking for a fearless woman journalist.

The editor of the channel wanted to launch a public show named Cutting Chai, but there was no woman journalist in Lucknow who could handle this responsibility in a good way. Then later someone showed a video of Pragya Mishra to the channel’s editors, which she was working on at a production house. The channel searches for her phone number and offers to give an audition for her newly launched show during speaking to Pragya on the phone but she refused to work on the channel.

After Pragya’s refusal, the channels also did not give up and they made a phone call to the Pragya teacher at IISER college and were given the responsibility of convincing them. After persuading her teacher, she somehow agreed to audition for the India News news channel. After auditioning, Pragya was selected by the channel for the Cutting Tea show.

Pragya Mishra is an Indian news channel journalist known for her fearless journalism. When she was pursuing her post-graduation degree before working for the TV channel, she was taking time out of her studies and doing theater as well. She participated in street plays and theater shows from 2013 to 2016. Apart from this, she has also worked as a radio jockey in All India Radio, Lucknow. She has also hosted some television shows on Doordarshan TV like Classical Voice of India, and Jeevan Ke Rang Filmo Ke Sang.

She is also the founder of the Ulta Chashma UC YouTube channel. She hosts the Cutting Chai Public Show on Bharat Samachar Channel. The show shows the opinion of people on different issues and is known for its different ways of reporting across the state. Her style of reporting is so fearless that she has also received death threats many times.

She first came into the limelight when she raised her voice for justice through her reporting on the gang rape of a Dalit girl in Hathras in November 2020. In this Hathras case, a Dalit girl was gang-raped by some people with which she died. After this, the girl’s body was burnt by the police by pouring petrol in the night on the roadside.

Pragya Mishra’s age is only 27 years old in 2021. She is a very young journalist known for her fearless journalism. She looks very young and attractive in appearance. To keep her body fit she regularly resorts to exercise and yoga. Apart from this, she takes green vegetables and fruit juices in her daily diet keeping her health in mind.

Pragya’s height in feet is 5′6” feet, which is 170 cm, and her weight is around 58 kg or 127 lbs. Her body measurement is 34-26-34. Her eye color is black and her hair color is black which makes a more attractive look rather than others.

Pragya was born in Lucknow into a Prosperous Brahmin family. Her entire family believes in Hindu beliefs and also worships Hindu deities. Pragya Mishra’s father’s name is Satish Chandra Mishra, who is a sitar artist and music teacher by profession. He was an artist on All India Radio in 1990. Later he started teaching music at City Montessori School and Bharatkhandey Sangeet Vidyapeeth.

Pragya Mishra’s mother’s name is Mrs. Rama Mishra who has completed her M.Ed in Sanskrit and is also a Sanskrit lecturer at the Central Hindu School in Benaras. Apart from her parents, there is also a sister in Pragya’s house, whose name is Kavya Mishra, who is married. Pragya’s grandfather was the late Pandit Shiv Bihari Lal Mishra who was a sitar artist as well as the program head at Akashvani Lucknow.

Pragya’s marital status is married, despite marrying a non-Brahmin guy Bharat Yadav in the year 2020 despite coming from a Brahmin family. Their marriage remained a topic of discussion on social media as they had decided to have an inter-caste marriage, which is a big thing to do in Uttar Pradesh. Pragya Mishra’s husband’s name is Bharat Yadav, they do not have any children yet.

Pragya Mishra’s Salary is around ₹1 lac per month and her total net worth value is ₹25 lakh to ₹30 Lakh in 2021. Her main source of earning is Journalism in Bharat Samachar News Channel and she also ran her Youtube channel Ulta Chashma UC.

Pragya also runs her own YouTube channel named Ulta Chashma UC where she shares her impeccable video with the people. She is not available on Wikipedia yet. Below we have given a link to all their social media accounts in the table, on which you will be able to access their profile page by clicking.

Some Interesting Facts About Pragya Mishra:

This is the full details of Pragya Mishra Biography, Age, Height, Father, Family, Husband, Salary, Net Worth & More. Share this post with your friends and keep visiting us on celebwale.com for famous personalities and trending people’s biography with updated details. If you have any thoughts, experiences, or suggestions regarding this post or our website. you can feel free to share your thought with us.