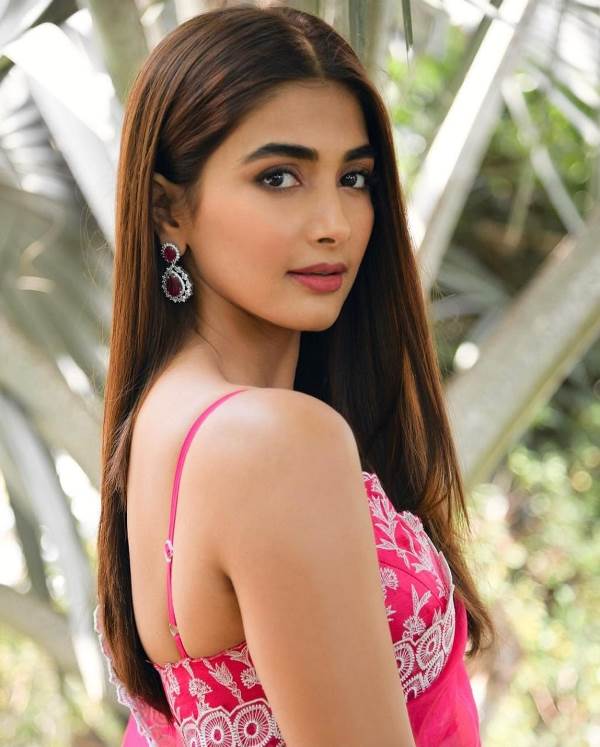 Pooja Hegde is an Indian model and actress known primarily for her work in South Indian films. She was born on 13 October 1991 in Mumbai, Maharashtra. Hegde did his early education at Maneckji Cooper Education Trust School in Mumbai. Film actress Tamannaah Bhatia was her senior in school. After that, she did a post-graduation in Master of Commerce from M.M.K. College, Mumbai.

In this beauty competition, she impressed everyone with her beautiful performance and became the second runner-up of Miss Universe India 2010. She was crowned Miss India South Glamorous Hair 2010 in a sub contest of the same show. After that Tamil director, Mysskin selected her for the film after seeing some photographs of her beauty competition. Pooja made her debut in the 2012 Tamil superhero film Mugamoodi.

She was not that good at speaking and understanding the Tamil language initially, so she tried to speak it in Tamil by writing dialogues in English for her debut film. However, the film could not run so much at the box office and flop. But Pooja’s acting got mixed responses from the critics. In 2014 she appeared opposite Naga Chaitanya in the Telugu film Oka Laila Kosam.

In 2016, she played the role of Chaani in the Bollywood film Mohenjo Daro opposite Hrithik Roshan. It was his Bollywood debut movie, which was a flop at the box office. In 2017 she worked opposite Allu Arjun in the Telugu comedy action film Duvvada Jagannadham (DJ). This movie proved to be the biggest hit of her career.

In 2022, she has played lead roles in films like Radhe Shyam, Beast, and Acharya so far. Her upcoming Telugu film is F3 in 2022. Apart from that, she will be seen in the lead role in Salman Khan’s Bollywood film Kabhi Eid Kabhi Diwali. In 2023 she is working with Ranveer Singh in the Bollywood film Cirkus. Pooja won the Lux Golden Rose Awards in the category of Best Debutante of the Year for her performance in the 2016 Bollywood film Mohenjo Daro.

She has won the Zee Golden Awards in the category of Entertainer of the Year (Female) for her performance in the Telugu film DJ which was released in 2017. Apart from this, she has so far won a total of 6 awards and has been nominated for 12 awards, the full details of which we have given in the table.

Pooja Hegde’s age is 31 years old in 2022. She is one of the fittest actresses in B town. She is always in discussions about her fitness and beauty. Her body is in perfect shape. But this actress works hard to maintain herself and keeps sharing fitness videos and photos on social media to inspire her fans toward fitness. She is not only a fitness freak, but she also believes in maintaining her figure and balancing a healthy lifestyle.

Pooja was born in Mumbai to a prosperous Tulu-speaking Hindu family. His entire family believes in Hinduism and worships Hindu deities. Pooja Hegde’s father’s name is Manjunath Hegde and he is the Accounts Director of Clarion Advertising Company. Pooja Hegde’s mother’s name is Latha Hegde and she has a franchise from Datapro and runs a center for computer education and software.

Apart from his parents, she also has an elder brother named Rishabh Hegde and who is a surgeon. Pooja’s marital status is still unmarried and the news of her affair is not present on the internet media.

The total net worth of Pooja Hegde is around ₹58 crores. She is a Pan India Actress who is quite popular in Bollywood and South Film Industry. She charges around ₹4 crores to ₹5 crores per film. Apart from this, she is charging up to ₹40 lakh for an advertisement. Presently she is endorsing many big brands in India.

She has also recently purchased a 3 BHK sea-facing apartment in the posh Bandra area of ​​Mumbai. She also owns some expensive cars like Mercedes Benz S Class and BMW X3 which she likes to travel with.

Some Interesting Facts About Pooja Hegde:

Que. Who is Pooja Hegde crush?

Ans. Pooja revealed in an interview that she has had a huge crush on Bollywood star Hrithik Roshan since childhood.

Que. Is Pooja Hegde is in a relationship with Prabhas?

Ans. No, Pooja is not in a relationship with Prabhas. There was no news of her affair with him.

Ans. Pooja belongs to a Tulu-speaking family. Her parents belong to South Karnataka.

This is the full details on Pooja Hegde Biography, Age, Height, Cast, Birthday, Husband, Net Worth & More. Share this post with your friends and visit us on celebwale.com for famous personalities and trending people’s biographies with updated details. If you have any thoughts, experiences, or suggestions regarding this post or our website. you can feel free to share your thought with us.