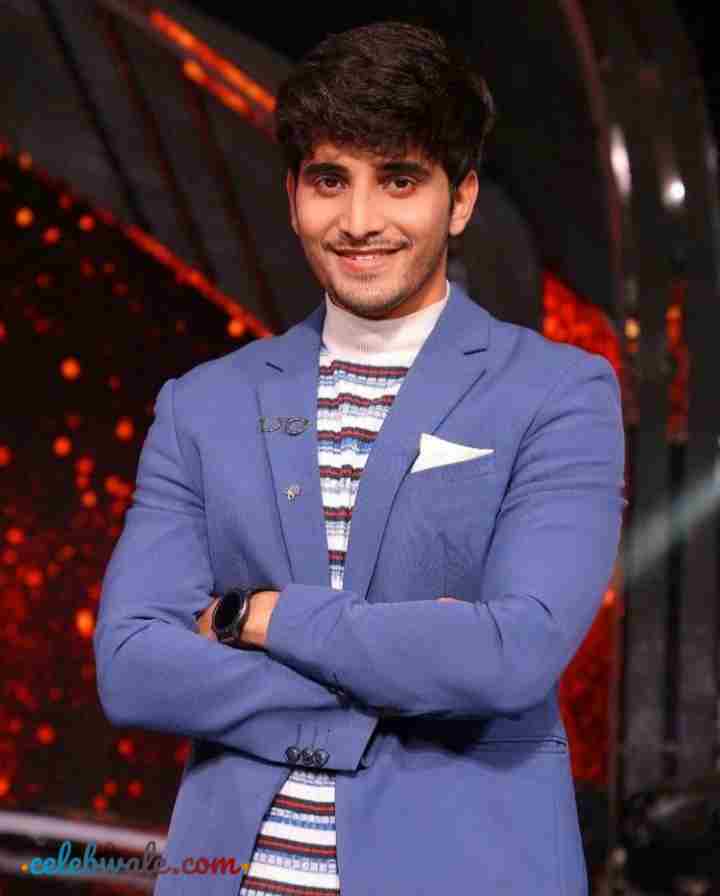 Nachiket Lele was born on 28 November 1996 in Kalyan, Mumbai. Nachiket has been good at reading since childhood and has been singing along since childhood. He has created such a synergy between his studies and music that he did not leave either. But he was more interested in music and got involved in music practice to pursue a career in singing. But a childhood story also forced him to read.

Something that happened was that whenever Nachiket used to see airplanes flying in childhood, he also wanted him to grow up one day and fly an airplane. For the sake of this childhood dream, he continued to study and after passing the examination of good marks tenth and twelfth, enrolled in the Aeronautics course at BSE College Mumbai. It was during his aeronautics studies that he got the opportunity to fly airplanes during his training period.

So that his childhood dream was fulfilled. Even after doing so much in their studies, she did not leave singing. Singing is like in his blood. Nachiket was highly talented in singing since childhood, and he has been performing since college. He got his first show in the year 2017-18 from the Marathi TV Singing reality show Sa Re Ga Ma Pa.

The show was hosted by host Rohit Raut, who is now a very good friend of Nachiket. He took the title of Sa Re Ga Ma Pa for the first time on TV. After winning the title, he was also given the winning trophy and a check of ₹5 lakh by Bollywood actor Anu Kapoor.

Nachiket Lele is an excellent singer, he made his TV debut with Marathi Sa Re Ga Ma Pa after which he got a new identity. She also won the title of the show which gave her singing a new identity. He has won many awards for his singing. Nachiket has worked for institutions like Sangeet Matsyagandha, Shatajanma Shodhitana, Ananti A in Anadi, Swar Hridayantri, Matasanman, Mumbai.

The reason why Nachiket’s singing is so great is that he has worked with great men like Pandit Hridaynath Mangeshkar, Asha Khadilkar, and Kamlesh Bhadkamkar. Nachiket was frustrated with his life in lockdown despite being so talented. Because there was no work, he started feeling that there is nothing left in life now. There was no improvement in Nachiket’s condition after the parents explained it very often.

After this, in the theater round, he disguised the judges by disguising him as a woman, and by singing the same song, he also cleared the theater round and made it to the top 15 contestants of Indian Idol. Now he comes in a new avatar in every episode of the show and surprises the judges with his singing skills. Nachiket Lele’s gender is male he played various female roles in his singing.

Nachiket Lele has won a lot of awards in his life, some of them are as follows:

Nachiket Lele Belongs from Mumbai, Maharashtra. At the age of 26, Nachiket has earned a lot of names. Talking about physical appearance, Nachiket looks very handsome, his attractive personality can attract any girl. Nachiket Lele’s height is 5 feet 9 inches and he weighs 72 kg. His body measurements are 42-34-14. His eyes are black and his hair is also black, which gives an even better look to his personality.

Lele was born in Thane, Mumbai into a thriving Marathi family, who had no shortage of resources Parents wanted the son to earn a good name after studying, but his mind remained in singing and he is earning a good name in singing. There was never any pressure on him from his parents, so that he continued to learn music and improve his singing.

Nachiket Lele’s father’s name is Srinivas Lele and his mother’s name is Ashwani Lele. Apart from him, Nachiket also has an elder sister named Niharika Lele and they are married. Nachiket has no girlfriends, nor has he had any relationships with anyone. He is currently focusing on his singing and wants to make a career in it.

No information is available.

No information about his account has been found on Twitter and neither he has been covered by Wikipedia yet. Nihal Tauro has also created his own channel on YouTube, where there are more than 16k subscribers. In the table below, we are sharing the links of all their social media accounts with you, you can click and follow them.

Some Interesting Facts About Nachiket Lele:

This is full details on Nachiket Lele (Indian Idol) Singer, Biography, Age, Height, Family, Girlfriend & More. Share this post with your friends and keep visiting us on celebwale.com for famous personalities and trending people’s biography with updated details. If you have any thoughts, experiences, or suggestions regarding this post or our website. you can feel free to share your thought with us.