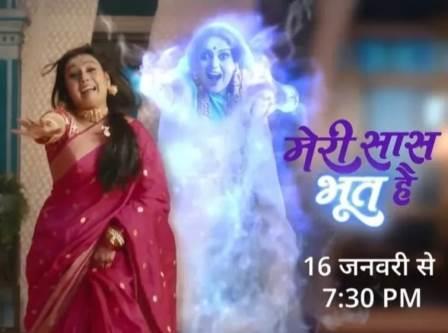 Meri Saas Bhoot Hai is a new show of Star Bharat. The show has the story of a girl who always dreams of having a caring and loving mother-in-law, but after marriage, she finally realizes that her mother-in-law is a ghost.

The show is a mixture of comedy and drama based on the background of Banaras (Varanasi). The concept of the show is completely new, which will definitely appeal to the audience. This new show of Star Bharat will air from 16 January 2023 Monday to Saturday from 7:30 pm.

This is the full details on Meri Saas Bhoot Hai Serial (Star Bharat) Cast, Timing, Wiki, Start Date & More. Share this post with your friends and keep visiting us on celebwale.com for famous personalities and trending people’s biography with updated details. If you have any thoughts, experiences, or suggestions regarding this post or our website. you can feel free to share your opinion with us.