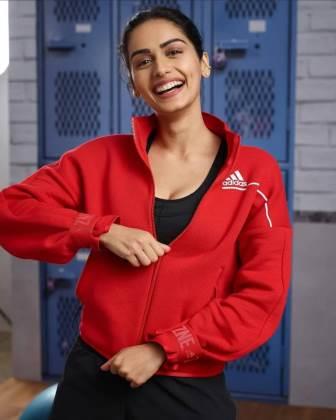 Manushi Chhillar is an Indian actress and model who has won the title of Miss World 2017. Today she doesn’t need any identity. Manushi was born on 14 May 1997 in Rohtak, Haryana. She completed her early education at St. Thomas School, Delhi. She was brilliant in her studies from the very beginning. She secured 96 marks in the CBSE Senior Secondary Examination (CBSE), topping All India in English subjects. After that Manushi cleared the All India Preliminary Medical Test (AIPMT now NEET) in her very first attempt.

After passing the entrance test of AIPMT, she did her MBBS degree from Bhagat Phool Singh Government Women’s College, Sonepat, Haryana. She is a trained Kuchipudi dancer. Chhillar participated in the Campus Princess 2016 fashion contest for the first time where she was crowned as one of the finalists of the AIMS. This fashion show was organized by the Miss India organization. After that, she won the title of Femina Miss India Haryana in 2017. Chhillar then represented the state of Haryana in the Miss India beauty pageant.

She was crowned Miss Photogenic during the contest. When filmmaker Karan Johar asked Chhillar as to the top 15 semi-finalists. “The government is considering to ban surrogacy in India. What is your opinion regarding this?” So she said.

“I feel everyone in the world should have a right to be a parent. So, instead of banning surrogacy in India, the government should focus on preventing its exploitation”.

To which Chhillar replied – These days that I have spent with my fellow contestants have been the most dynamic period of my life. The only thing that was certain during the whole experience was uncertainty. The one belief that I would take back with me is that, yes…I can change the world. When I entered Miss India, there was only passion. However, through this journey, I acquired a vision in life. That vision and the belief that I can change the world is something I’m going to take back with me.

Since I am very close to my mother, I think that a mother deserves the highest respect. When you talk about salary, I don’t think it’s just about cash, but the love and respect that you give to someone. My mother has been the biggest inspiration in my life. All mothers, they just sacrifice so much for their kids. So, I believe the profession which deserves the highest salary, respect and love should be of a mother.

After winning the Miss World 2017 title, Manushi signed a contract for 3 films with Yash Raj Film Studios. Chhillar made her Bollywood debut with the YRF Studios film Samrat Prithviraj, released in 2022. In this film, she played the role of Sanyogita opposite actor Akshay Kumar. Although this film was ready for release long ago, which was to be released on the occasion of Diwali 2020. But due to the COVID-19 pandemic, the release date of the film was postponed and released in 2022.

The film could not do well at the box office and proved to be a flop. She will be seen in YRF’s next film The Great Indian Family in 2022 with actor Vicky Kaushal which has wrapped up shooting. Apart from this, she is shooting for YRF’s third film Tehran. She will be seen opposite John Abraham in this film.

Manushi was born in a prosperous Hindu family in Rohtak, Haryana. His family believes in Hinduism. Manushi and her family have deep faith and reverence for the Siddhivinayak Temple in Mumbai. After winning the title of Miss World, she along with her family reached Mumbai’s Siddhivinayak temple to visit.

Manushi Chhillar’s father’s name is Dr. Mitra Basu Chhillar who is Physician & Scientist at Defense Research and Development Organisation (DRDO) and her mother’s name is Dr. Neelam Chhillar who is MD in Biochemistry. She also has a brother who is younger than him and his name is Dalmitra Chhillar. Her sister Devangana Chhillar is also doing LLB. Her marital status is unmarried as of now and there is no news of her affair.

Manushi Chhillar’s total net worth is more than ₹25 crores. Her life has changed after becoming Miss World and her wealth has also increased significantly. She has also modeled for brands like Bata, Fashion Big Bazaar, Cinnamon Hotels & Resorts, Geo Watches, and Club Factory. In April 2018, Chhillar was announced as its brand ambassador by Malabar Gold and Diamonds, the world’s largest jewelry conglomerate.

Some Interesting Facts About Manushi Chhillar:

This is the full details on Manushi Chhillar (Miss World 2017) Biography, Age, Height, Family, Husband, Net Worth & More. Share this post with your friends and keep visiting us on celebwale.com for famous personalities and trending people’s biography with updated details. If you have any thoughts, experiences, or suggestions regarding this post or our website. you can feel free to share your thought with us.